HENRICO COUNTY, Va. -- A meth lab was discovered inside a Henrico motel late Wednesday night, according to Virginia State Police. A state police Hazmat team was called to the Regency Inn Richmond in Henrico's West End to help clean chemicals from the motel and collect evidence. Investigators in Hazmat suits were seen removing chemicals from a motel room Thursday morning. 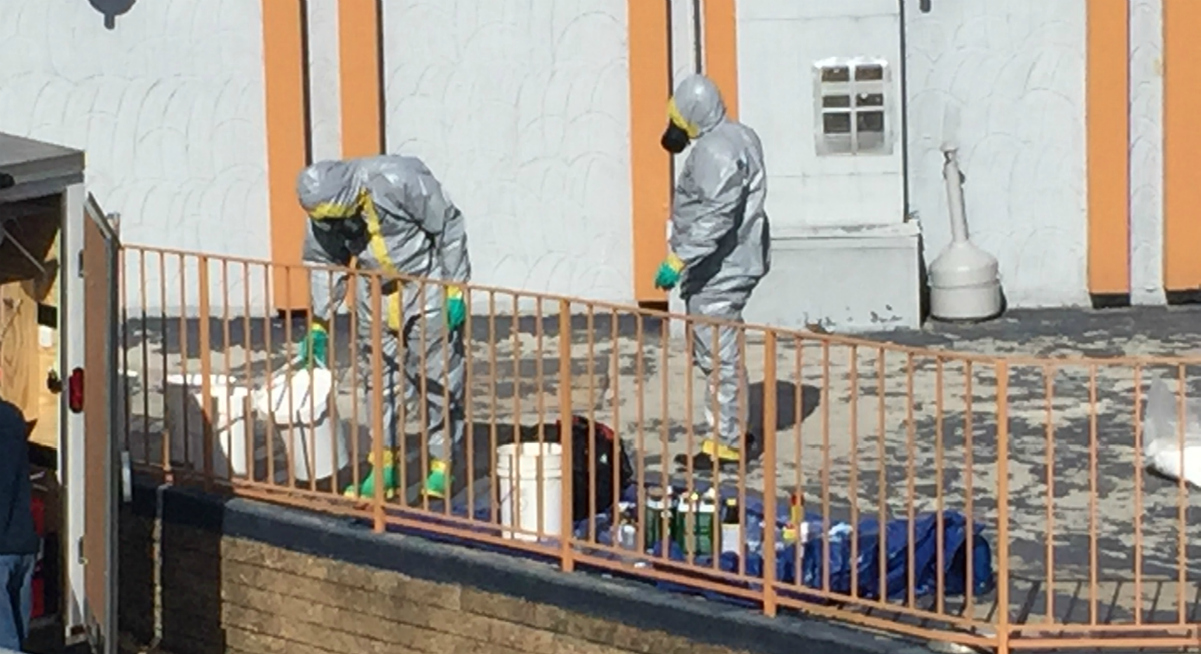 "It's atypical for the Richmond area and we hope it stays that way," Virginia State Police Captain Timothy Ring said. "We don't want to see many more incidents like this. We prefer not to, but we are prepared if they do arise."

Police went to the motel Wednesday night to serve a warrant to 23-year-old Spencer Jackson on credit card fraud and theft charges. While sweeping the motel room, officers found meth in the bathtub.

Crews from as far away as Chesapeake, along with Henrico and State Police, worked to clean up and remove the meth supplies.

Jackson was arrested and booked in the Henrico jail.

No injuries were reported and Henrico Police are handling the criminal investigation.

The Regency Inn Richmond is located in a populated area in Henrico, near Douglas Freeman High School, Regency Square shopping mall and a Kroger grocery store.

"I was a little shocked, given that we are in the West End, near West End, but still," said Chris Quigley. "But it goes on everywhere, sadly."

The room where it was was located has been cleared, but will remain out of service at least for now.