Here’s a dog tale about a pooch with a literal “spring” in his steps.

Brutus, a 2-year old Rottweiler, is walking again thanks to modern technology and months of training. He’s said to be only the second dog ever known to have four prosthetic limbs.

The Loveland, Colorado, dog’s paws suffered extreme damage from frostbite. His feet were then reportedly amputated by his trainer. Brutus has been adopted by Aquilina who’s been walking and exercising the dog to learn balance. “He just has these little peg legs to get around on and he does a pretty good job inside the home,” says Aquilina.

But his challenge has been walking outside where his “high-stepping…resembles a bucking bronco.”

He was fitted with the devices last year, first in the rear and then front feet came six to eight weeks later. His artificial limbs are made by Orthopets of Denver.

“Brutus is an amazing case of a beautiful dog who was dealt a short hand,” said Martin Kauffman, founder of the company that makes prosthetics for about 250 animals worldwide a year.

New and improved prosthetics are on the way and he’ll be undergoing physical therapy at Colorado State University’s vet hospital.

And soon enough, Aquilina hopes Brutus will be playing with other dogs and going on hikes. 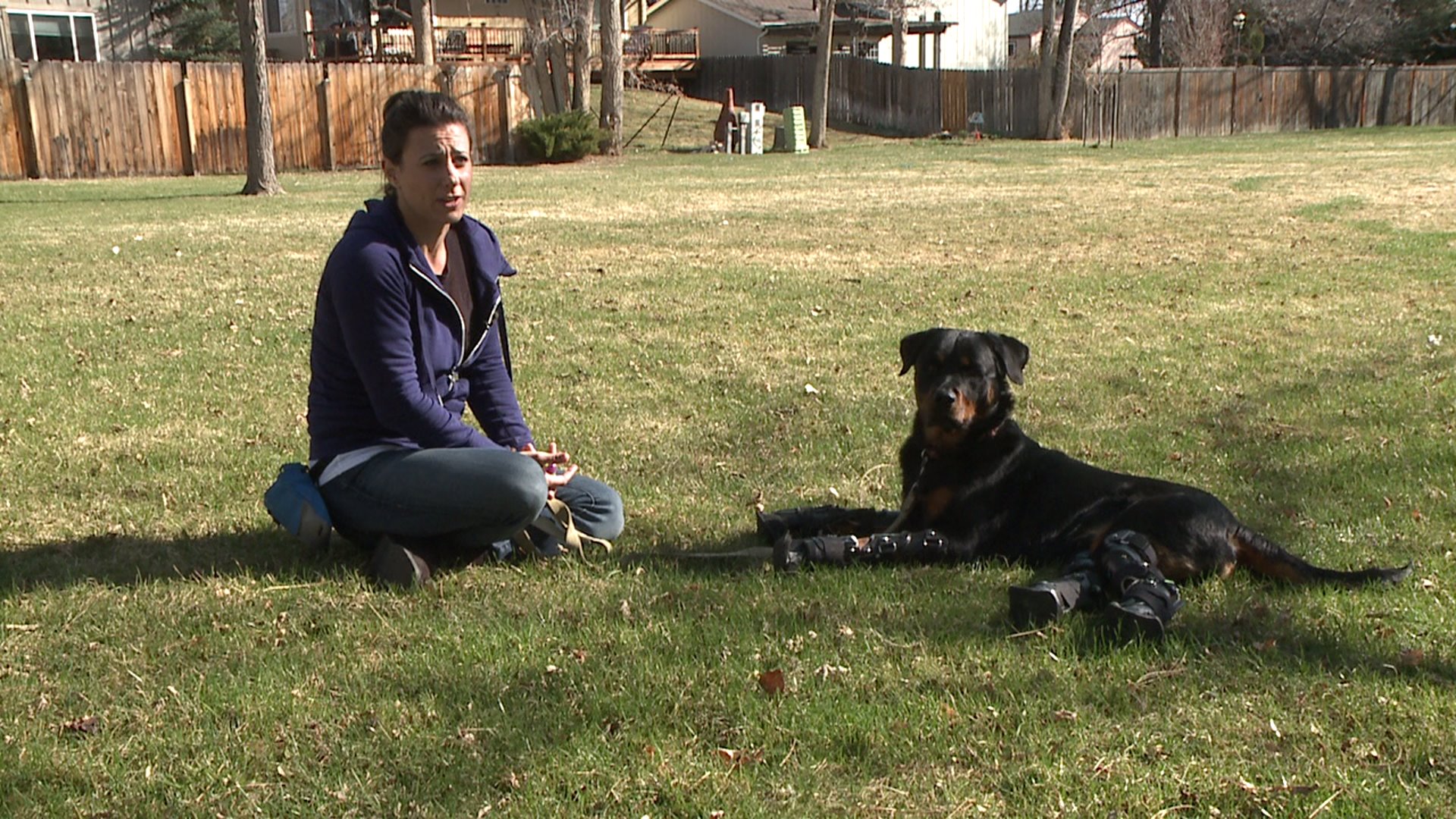