LAWRENCEVILLE, Va. – On the third day of the a trial in which she is charged for murder, a Henrico mother took the stand and admitted she was the mother of twins found dead in a dumpster at St. Paul’s College. Darnesha Berry said that in February 1998, when she was a 19-year-old sophomore, she left a Valentine's Day social because she did not feel good. She said she went back to her dorm room and laid down to cope with sharp pains in her stomach.

Berry broke down in tears and she described the pain she suffered that night. She said she thought maybe a hot shower would help with the “very painful, consistent pains,” that she thought were menstrual cramps. That’s when the first baby fell, and hit the shower of the floor.

She said she never suspected that she was pregnant. She said she was scared, and looked down at a lifeless blue baby that was not moving. She said the baby did not cry. On the stand, she testified that she did not know how much time had elapsed before the second baby was delivered; just that she remained doubled over in pain as the baby fell to the floor.

Neither baby made a sound, moved, or opened their eyes, she testified.

“I was standing there frozen up against the wall, screaming in agony and nobody came,” Berry said. 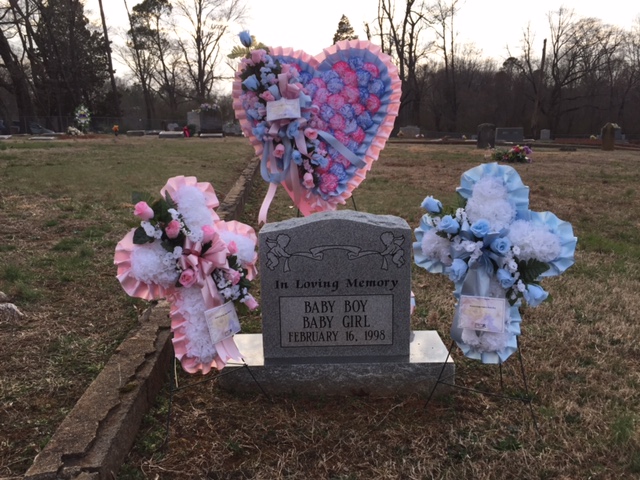 According to Berry, she made her way to a stall in the bathroom and tried to stop the bleeding. She then made it to her dorm room bed and that is her next memory --waking up in the bed. She said she did not do anything to harm the baby and that she did not know how they ended up in a trash shoot four floors below.

When asked if she did anything to hurt them. She said no and banged her head against the wall “No.”

Her defense lawyer said is this a bad dream; you been living with this nightmare for 17 years?

Kevin Whaley, a Virginia assistant chief medical examiner called by the defense concluded the babies were stillborn, after looking at X-rays, toxicology and microscopic slides and a few Polaroid photographs.

The twin babies were born alive, former Virginia chief medical examiner Marcella Fierro (and Whaley’s former boss) testified Tuesday.
Fierro said evidence showed the baby boy had lung function and blood on the brain and the baby girl died due to injuries to her head. The babies were between 34-38 weeks of gestation and had a 95 percent survival rate, she said.

Berry’s lawyers cross-examined the witnesses Tuesday afternoon. They also challenged Fierro’s findings and said the babies were not born alive.
Earlier in the day the defense made a motion to dismiss the case. They said that the Commonwealth had not proved its case against Berry about what happened after the children were delivered. After hearing the arguments the judge denied the motion.

Closing arguments begin on Thursday, and then the jury gets the case. They are expected to bring back a decision that same day. Berry, now 36, and a mother, is charged with two counts of first-degree murder, two counts of felony murder and two counts of child neglect.

Her college roommate and friends said Tuesday that they never suspected Berry was even pregnant when the babies were found in their dorm. The friends recalled talking to Berry about who she thought the children’s mother could be. While they said there was a point they considered Berry could be involved, they said they quickly dismissed the idea.

Berry was indicted in 2014, two years after a report by WTVR CBS 6 senior reporter Wayne Covil shed new light on the once cold case.

The report led to new leads and investigators eventually used feminine hygiene products found inside a trash can outside Berry’s Henrico home as evidence that linked her to the babies’ deaths.