NATCHITOCHES PARISH, Louisiana –Sheriff’s deputies in Natchitoches Parish arrived at an interesting scene Tuesday morning after they received a call requesting assistance with a stranded 18-wheeler.

“When deputies arrived on scene, they were astounded to find two elephants keeping the 18-wheeler from overturning,” a sheriff’s department spokesman wrote. “The truck became stuck after the driver pulled off the edge of the soft shoulder. Recent rains caused the ground off of the shoulder to be soft.”

Three elephants on the truck were being transported from New Orleans to Dallas, Texas. No citations were issued. 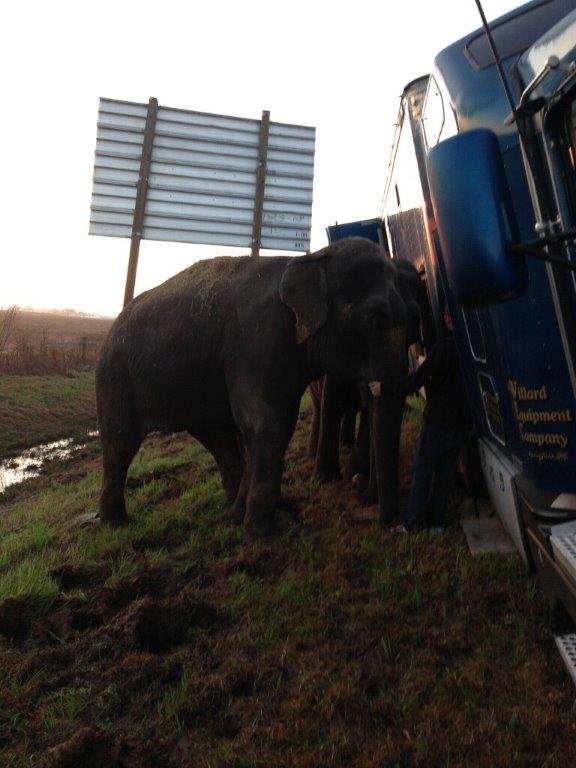 “A local wrecker service was contacted to assist in the removal of the 2000 Kenworth eighteen wheeler,” the sheriff’s spokesman said.