RICHMOND, Va. -- A drug suspect trying to run from police t a South Richmond apartment complex Wednesday evening fired off two rounds at approaching officers a, according to Richmond police.

It happened around 7 p.m. at the Blue Ridge Estates in the 200 block of Green Cove Drive.

Police said that officers were investigating a drug complaint when the incident unfolded. Officers said that the suspect was coming from a motel area across the street from apartment complex when neighbors called police.

“He was going down in his trousers and pulled out a firearm,” Durham said.

The suspect ended up shooting himself in the leg, but Durham said that did not stop him from trying to run from police.

Durham said that officers gave chase and at some time during that pursuit, the suspect turned and fired two rounds at the officers. Even as officers were being fired upon, they managed to tackle the suspect moments later.

Durham said the terrifying ordeal could have been much worse.

“The most important thing is we want our officers to go home safe at night, but you never know what you're going to encounter,” Durham said.

Police said the suspect was taken to Chippenham Hospital with  non life-threatening injuries.

A second person was detained and is being questioned by police.

Police, who recovered the weapon along with some narcotics, said charges are pending.

More than 12 officers were on the scene, along with a K-9 units and fire crews, responded to the scene. 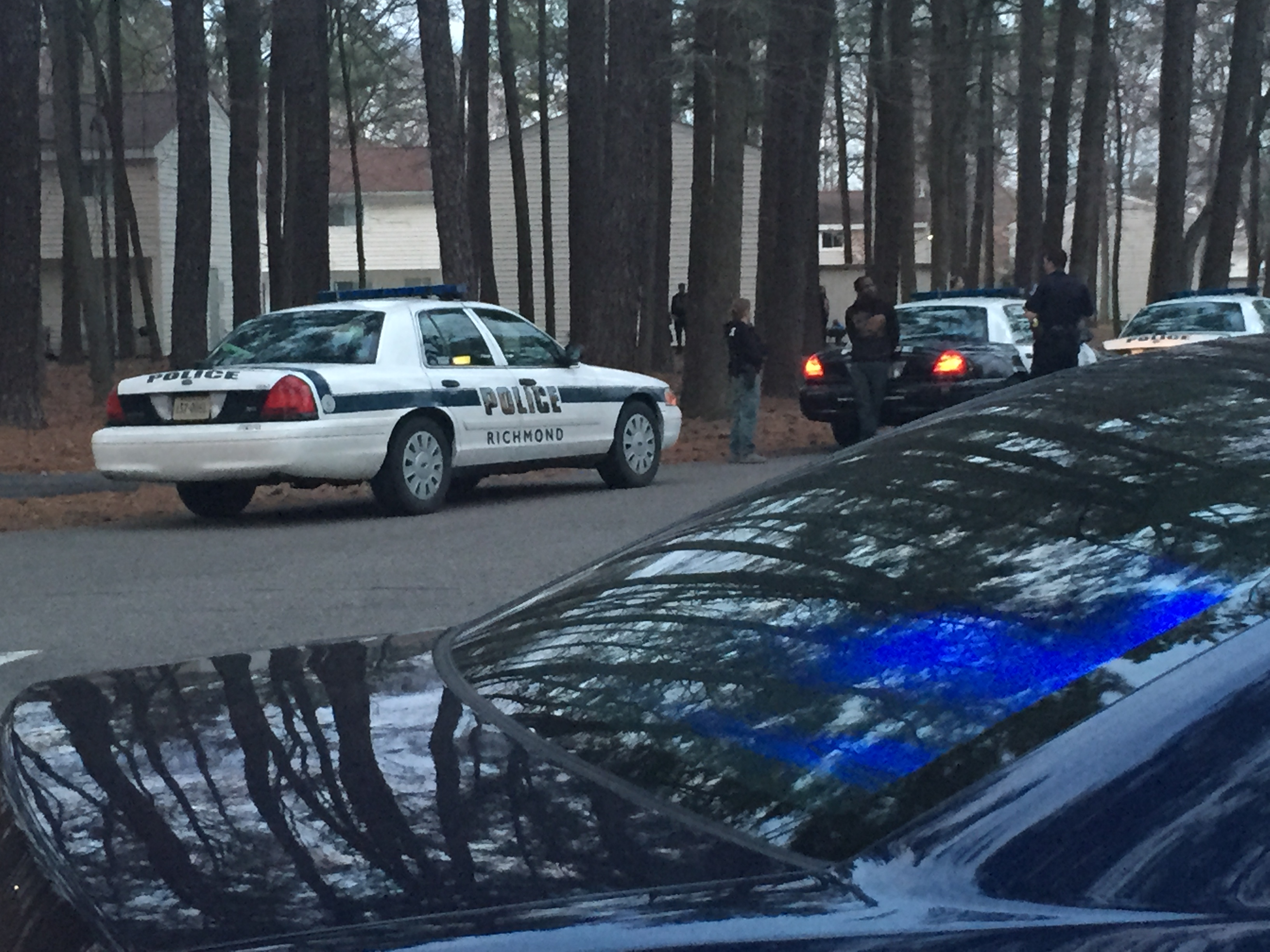