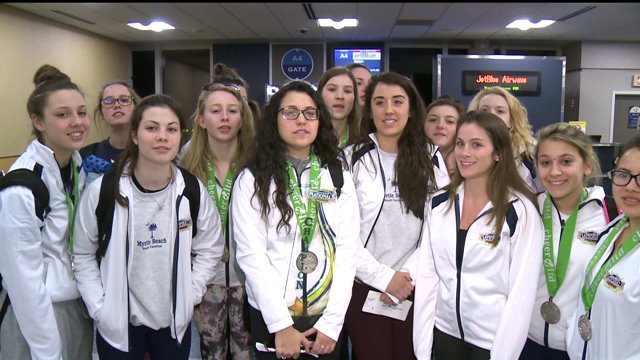 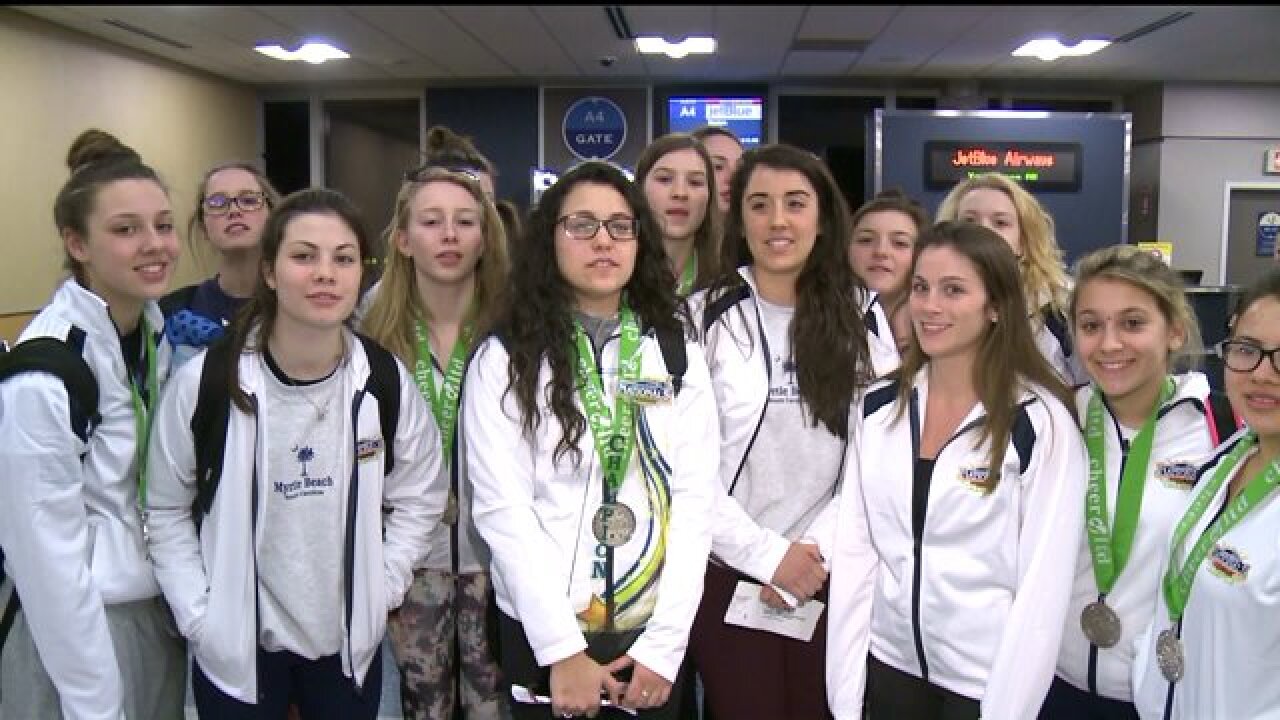 HENRICO COUNTY, Va. -- "Thank you JetBlue!" A team of champion high school cheerleaders sang the airline's praises Tuesday morning at Richmond International Airport. The cheerleaders from Winthrop High School near Boston won a national cheering title over the weekend at a competition in Myrtle Beach, South Carolina. But when the team went to the airport to fly home, they learned their flight had been cancelled. The next flight from Myrtle Beach was not scheduled until Thursday.

When JetBlue heard about the team's troubles, the airline offered to help. The airline got the team a van and drove them to Richmond so they could catch a flight home to Boston Tuesday morning.

"It's been a long weekend of no sleep," one of the cheerleader's said. "You can either be happy and giggly or upset. But we're national champions, so we're very happy, very giggly. We're having fun and making the best of the situation."

In an ironic twist, the company that cancelled the cheerleaders' original flight was Spirit Airlines.