“I got a call and it said that he got shot,” said LaShawn Broone, a friend of the victim. “I got another call and they said he didn't make it.”

A grief-stricken Broone organized a candlelight vigil at Caroline Manor Sunday at 8 p.m to celebrate her friend's life.

One man at the vigil begged teens to contemplate the seriousness of their actions.

“I went down this road with my kids, my mother,” the man said. “Black kids of today, if you have a problem, go to your mother. Go to your daddy and say, ‘Daddy, something ain’t right.’ Then if your parents can’t get it straight, then God will fix it for you.” 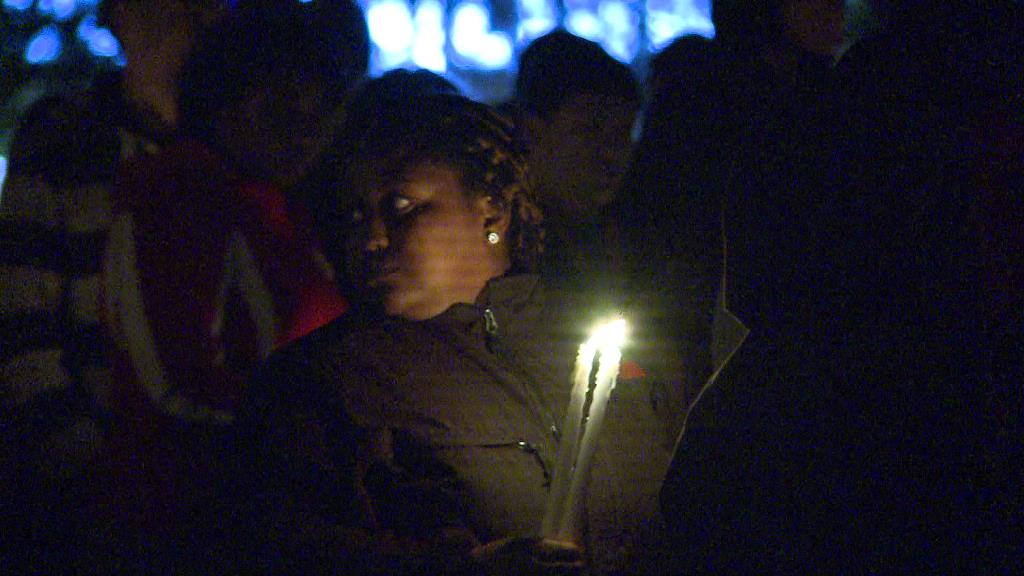 Sheriff Lippa said Sunday that the 15-year-old male suspect, who was taken into custody without incident and transported to a juvenile facility, was charged with murder and use of a firearm in the commission of a felony. According to Lippa, the suspect and the victim "did not like each other."

A neighbor, who spoke with WTVR CBS 6 on the condition of anonymity Saturday, said he was walking his dog when he saw the teenagers arguing near the YMCA.  The witness said one of the teens threatened to shoot the other, then pulled out a gun and fired three shots.

The neighbor said he saw two teenagers flee the scene. That's when he ran over to the victim, who was lying on the ground and performed CPR on the victim until paramedics arrived.

Lauren Sisk, who lives across the street from YMCA, was saddened by what happened so close to where many families with young children live.

“I know some of these children that are out here now, they were out playing. They were out in the back riding their bikes and I`m glad it wasn`t any worse but yes it was truly unfortunate what happened.”

As a result of the shooting, Lippa said extra deputies will be on the high school's campus Monday. Additionally, the sheriff's office said the school system will have guidance counselors and clergy members on hand for students dealing with the tragedy.