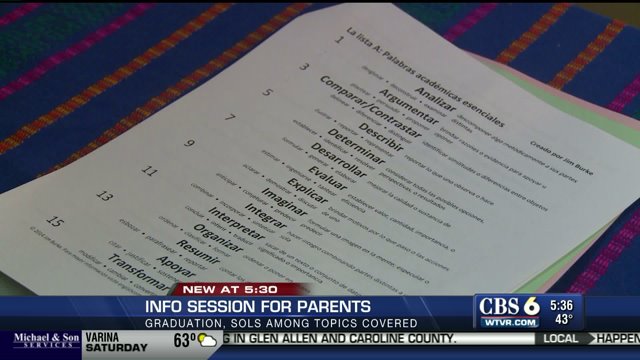 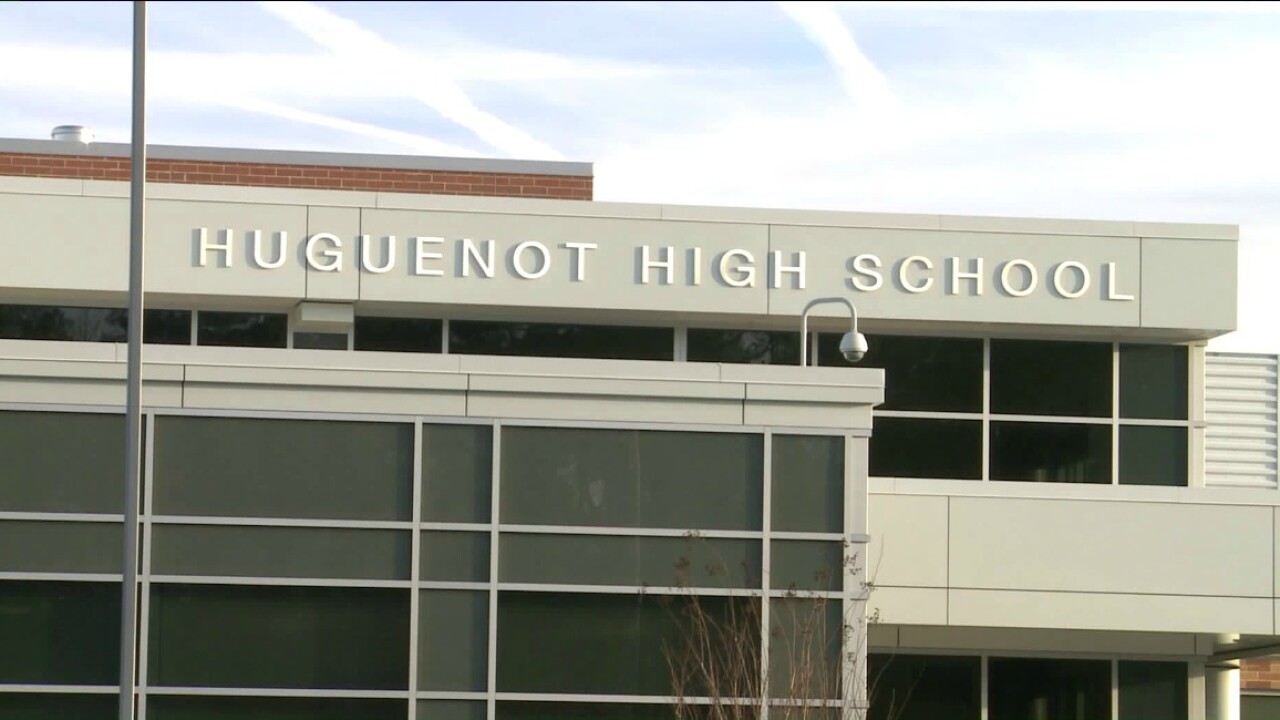 RICHMOND, Va. -- Richmond Public School officials launched a monthly workshop last year designed to educate parents with limited English on how to increase their participation in the classroom.

“It makes all the difference between a child dropping out and graduating,” said Ashleigh Ramos, parent liason.

The language barrier between Richmond school officials and parents of Spanish speaking students -- is about to get easier. Richmond Public school launched the Parent as Educational Partners (P.E.P) workshop for parents of Huguenot students.

“I think it`s important across the district,” said Ramos. “It`s a program that we try to do at all of our schools where we have high English language as a second language and student populations.”

Huguenot High School is one of those schools.

Through an interpreter, parents with limited English are learning in the classroom.

It`s part of an effort to get them involved in the school.

Ironically, this program at Huguenot comes on the heels of a public apology made by the principal earlier this month.

In 2013, a group of Latino students were improperly searched at the school sparking protests.

But for program coordinators like Ashleigh Ramos, it`s about helping parents and their children succeed.

“If a parent doesn't know how to read a report card, which is often the case, how can they hold that child accountable for their progress?” said Ramos.

Huguenot high school will hold these parent workshops once a month. The program falls under state law to make sure public schools comply with Parental Participation requirements.