RICHMOND, Va. -– Virginia Commonwealth University students marched and staged a die-in Wednesday in solidarity with Martese Johnson, a black University of Virginia student who was injured when Alcoholic Beverage Commission agents arrested him outside a pub in Charlottesville.

Johnson, a 20-year-old junior and member of the U.Va. Honor Committee and Kappa Alpha Psi fraternity, was charged with misdemeanor obstruction of justice without force and public swearing/intoxication. During his arrest around 12:45 a.m. Wednesday, Johnson sustained a head injury after an altercation with ABC agents. He was later taken to the hospital and received 10 stitches.

Photos and videos taken by bystanders during the arrest and shared online have reignited debate about race and police violence with supporters using the hashtag #justice4martese.

“How did this happen?” Johnson said in the video as officers pinned him to the ground and handcuffed him. “I go to U.Va., you [expletive] racists.”

Black Action Now organized the march in Richmond, at the intersection of Broad and Harrison streets on the northern edge of VCU’s Monroe Park Campus. Black Action Now also led prior #blacklivesmatter demonstrations in the city over the past six months. 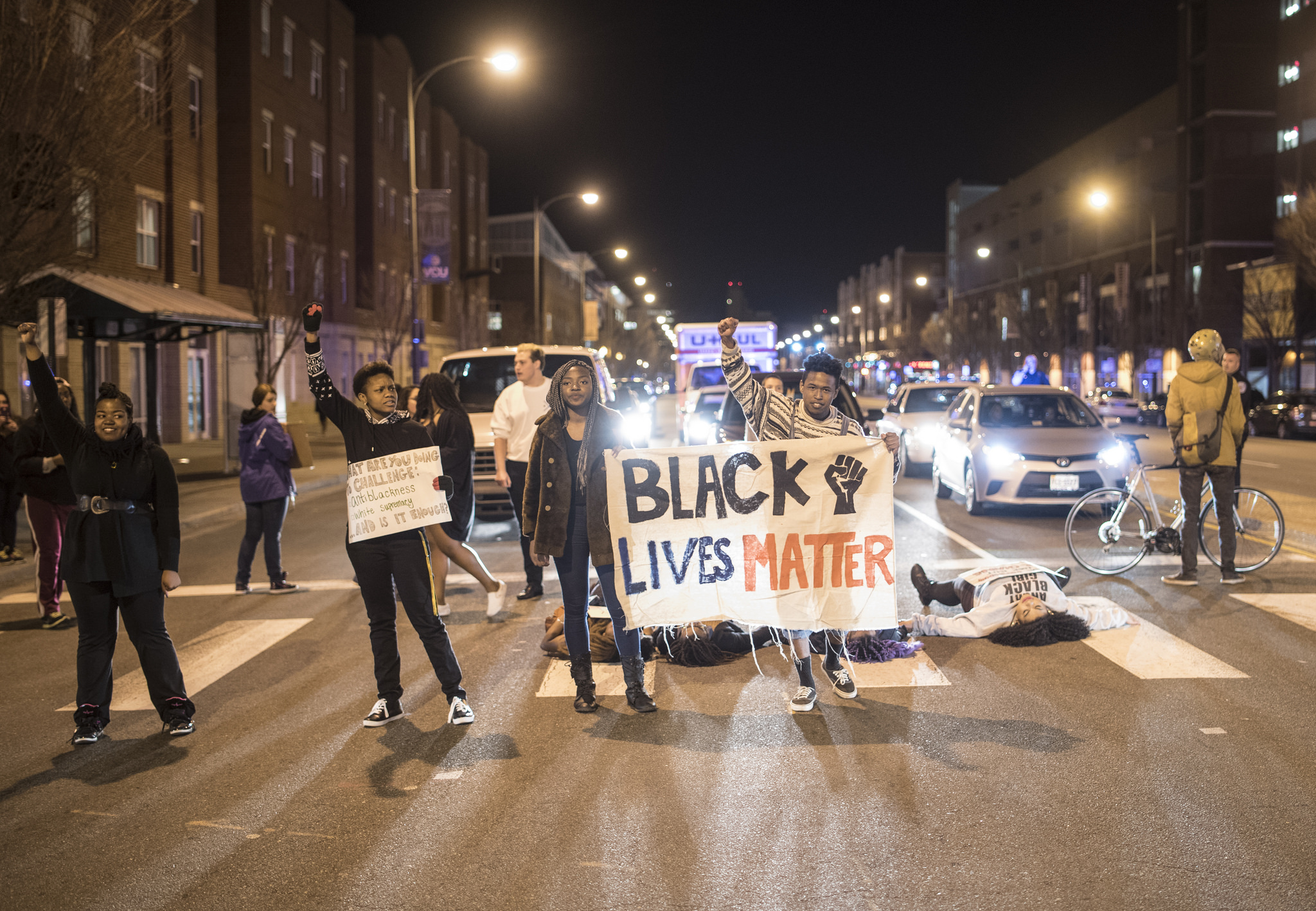 “On a personal level, it could easily happen to me, but more so I’m exasperated because this keeps happening,” said Chris Kindred, a senior communication arts major from VCU at the protest. “I know it’s going to keep happening unless we stand up, so I’m going to be out here. I’m going to be supportive. But I’m so tired of this.”

ABC agents on patrol for St. Patrick’s Day approached Johnson after a bouncer turned him away at the door of Trinity Irish Pub on University Avenue.

“A determination was made by the agents to further detain the individual based on their observations and further questioning,” according to an ABC news statement.

A Facebook signed “Concerned Black Students” posted on the UVA Black Student Alliance’s Facebook page said that Johnson was “flung to the ground” with “brutish force” by ABC agents.

The post also said that students were forced to leave “and some were even handcuffed and threatened with possible arrest if they did not leave the scene.”

“We have marched and shouted that we are Trayvon Martin and Michael Brown, but the proximity of this morning’s brutality to a member of our community has deepened that wound,” the post said.

“His treatment was unprovoked as he did not resist questioning or arrest. In confusion, with blood painting his face and creating a pool on the bricks of the corner, he yelled out for mercy.”

Students at VCU protested against racism and police brutality while a similar march organized by U.Va. students occurred in Charlottesville.

“We’re dying every day,” said VCU junior psychology student Shayla Sanders. “Your Greek letters aren’t going to save you. Your degree will not save you. Nothing will save you. Your blackness is still a crime.”

Gov. Terry McAuliffe initiated an independent state police investigation into the use of force. The agents involved were placed on administrative duties during the investigation, according an ABC press release.