HENRICO COUNTY, Va. -- Police are looking for the people who spray-painted swastikas and profane graffiti on streets, mailboxes, historical markers and signs in Varina.  Work crews spent Wednesday morning re-paving the road and painting over the graffiti. 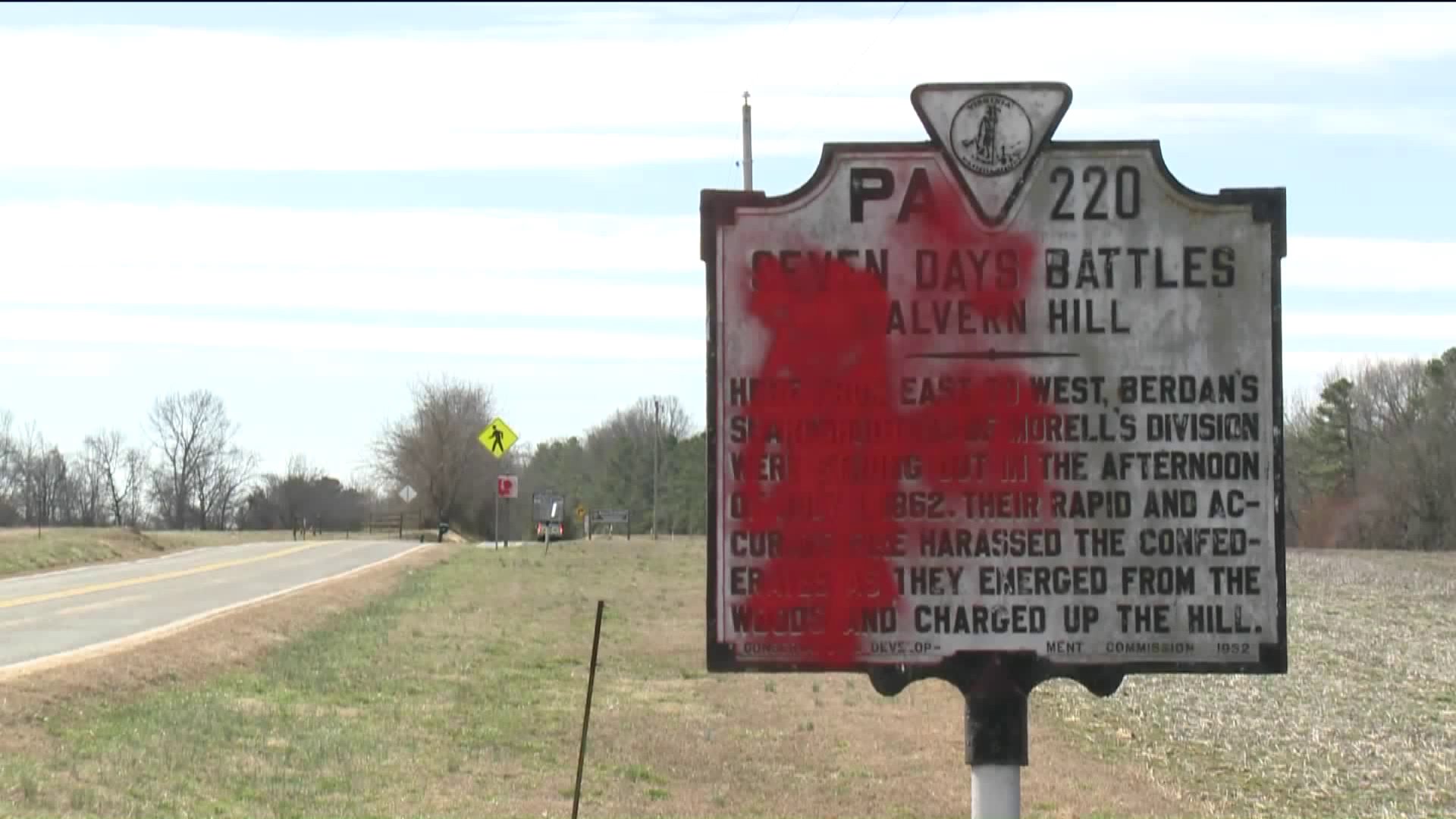 Police collected evidence from the vandalism scenes along the historic battlefield that covers acres of land in eastern Henrico in an effort to collect clues that could lead them to the vandals.

Police said someone spray-painted graffiti on a historic marker along the Malvern Hill Battlefield. Swatiskas were plastered on Kingsland Road. Investigators say mailboxes, trees and signs were also damage, some had disturbing images.

Crews with the park service spent most of the day replacing signs and cleaning up the mess left behind by vandals. CBS 6 News cameras also spotted county workers removing red paint, including this speed limit sign off Charles City Road.

Investigators believe the vandals struck overnight, but cannot say why anyone would deface a federal landmark or private property.

Eley said it is too soon to say if kids were responsible for the vandalism, but he did say, "by the way it looks, it looks like it was not very organized."

And taxpayers will be stuck picking up the tab.

"The road signs in Henrico are maintained by our public works or public utilities, so that's something we have to replace ourselves."

CBS 6 spoke with a number of residents who were shocked and concerned over the crime in Varina.

If you saw anything suspicious Wednesday morning, you're asked to call Crime Stoppers at 804-780-1000.