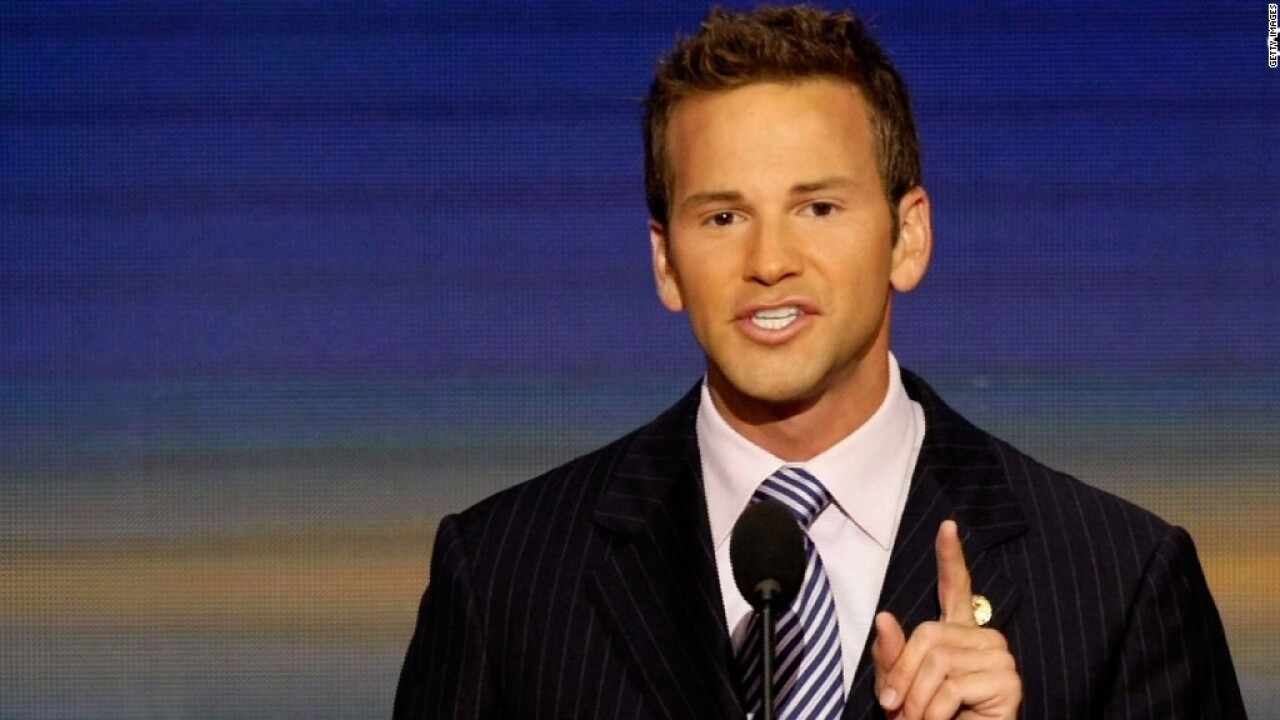 WASHINGTON — Embattled Rep. Aaron Schock announced Tuesday he would resign his seat at the end of the month, in the wake of a congressional ethics investigation into reports that he used taxpayer money to fund lavish trips and events.

In a statement, he said he was stepping down “with a heavy heart,” having given his constituents “my all over the last six years.”

“But the constant questions over the last six weeks have proven a great distraction that has made it too difficult for me to serve the people of the 18th District with the high standards that they deserve and which I have set for myself,” he added.

Politico first reported on Tuesday afternoon that Schock would step down. The news marks the end of an embarrassing chapter for the former GOP rising star congressman known for his Instagram account and a memorable shirtless appearance on the cover of Men’s Health magazine.

The scandal surrounding the Illinois Republican’s spending practices has ballooned since a Washington Post profile of his whimsically-decorated office published last month raised initial questions about his finances.

Schock ended up paying back the government the $40,000 it cost to redecorate his office in the style of the popular PBS drama “Downton Abbey,” but the controversy didn’t stop there. The Illinois Republican later came under scrutiny for flights on private jets — including planes owned by key donors — concert tickets and other entertainment expenses. He’s also under fire for lapses in reporting some of his expenses.

Most recently, the Associated Press reported on an array of Schock’s business dealings that involved his political contributors. A number of Schock’s associates had been contacted by investigators with the Office of Congressional Ethics, sources tell CNN, though the OCE did not respond to a request for comment.

With Schock’s resignation, the Congressional ethics investigation will go away. The ethics committee has jurisdiction over sitting members of Congress. But any other potential probes, including a criminal case, would continue.

Republicans close to Schock have said the biggest questions about his finances involve mileage reimbursements from a car paid by for by his campaign account. If any federal or state laws were broken, Schock’s resignation would not necessarily stop any investigation.

The four-term Republican was scheduled to attend a St. Patrick’s Day event in Peoria, Il. on Tuesday, but didn’t show — and the news of the congressman’s abrupt resignation on Tuesday afternoon took at least some staff members in his Washington office by surprise, according to a person close to the office.

And Rep. Patrick McHenry, the GOP chief deputy whip, indicated Schock had not told his fellow leadership members of his plans to resign. McHenry told reporters he had not talked with Schock about his decision, but praised him and called it “a real loss”

Pressed about the multiple stories about improper travel/campaign spending, McHenry said, “I know none of the details.”