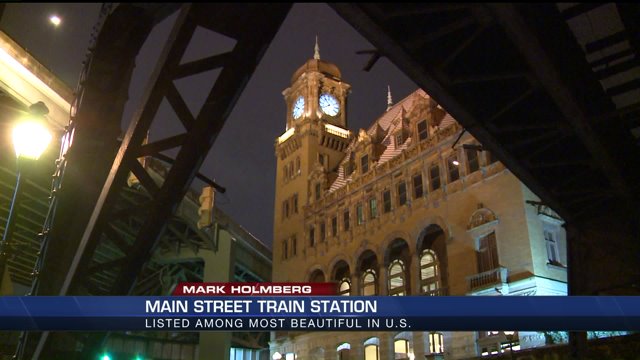 Named one of the eleven prettiest train stations. 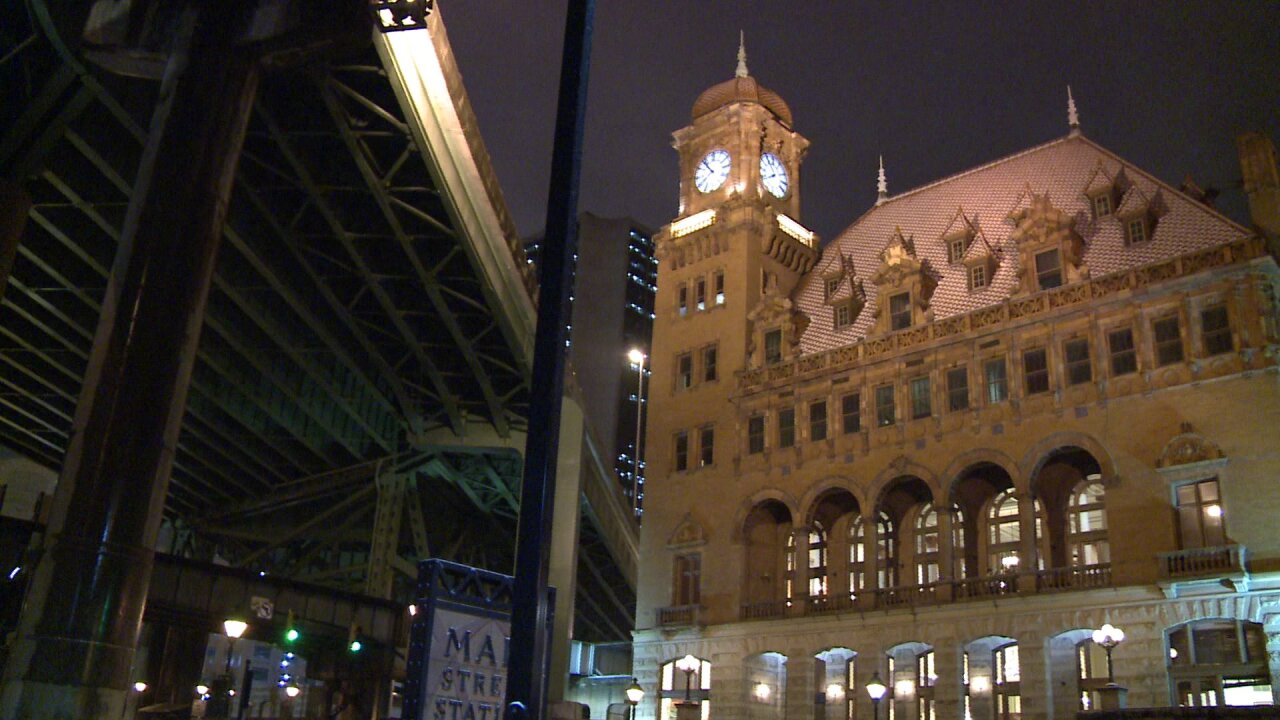 RICHMOND, Va. -- It’s likely no other Richmond building has been seen and admired as much as our Main Street Station.

Its distinctively shaped and tiled roofline and its jutting Big Ben-like clock tower loom over Interstate 95, one of the very busiest roadways in the nation.

If you drive past it on northbound 95 or the Downtown Expressway split, you’re so close to it, practically at eye level, it seems you could hear it ticking.

But for many of us locals, it’s easy to forget the beauty of this 1901 masterpiece – or even the fact that it even exists – because that nest of snaking interstates all but block the building from our daily view.

Those interstates almost killed the station, closing it to commuter train traffic in 1975 when America took to the roadways.

But somehow, it has endured.

For generations, the Main Street Station has been a powerful symbol of movement for those who used it. It’s where men and women went off to war. Where children went to camp. Where travelers left or came home.

No telling how many couples have been married in its grand hall and stately waiting parlors with their plump leather sofas (in total contrast with the bare churchlike pews in the embarkation area.)

Now, the popular lifestyle website Thrillist has named it one of the 11 most beautiful train stations in America, right there with Denver Union Station, Chicago Union Station and Grand Central Terminal in the Big Apple.

Our gem, designed by a Philadelphia architectural firm during an economic boom in the late 1800s, is practically unique.

As its protectors like to say, it’s been through hell and high water.

Lots of high water. Floods have licked at its feet and ankles many times over the years.

It was almost licked when the trains stopped running in 1975. It partially burned a year later.

Flames all but licked it away during great six-alarm fire of 1983.

But it staggered on, almost drunkenly, becoming a rescue mission, a mall, a state office building and an environmental disaster clouded by asbestos.

Then came the Clean Air Act and government money for mass transit systems to combat all those vehicles roaring (and polluting) up and down our busy roadways. The train station reopened in 2003 as plan took shape to turn it into a port for trains, buses, shuttles (and, perhaps one day, personal space ships). Intermodal, it’s called, and it means serious grant money.

Which is why its 100,000 square-foot train shed is being remodeled like perhaps never before. Hip marketplace, here we come (by mid -2016, apparently).

So it looks like those wonderful clocks – which had been removed before the big fire and later replaced - tick on at this most unusual gem that was all but killed off by the interstates that surround it.

After hearing the news that the station was being recognized, I asked some of my Facebook friends for their memories. Here are some of them. (And please add yours here, too.)

Mary Garner-Mitchell: The day I fell in love with Richmond was a cold spring day in 1982 coming up I-95 from Augusta, GA and laid eyes on that beautiful building! I felt like I could reach out and touch it! I knew then that the move would be a good one!

Don Crittenden: I don't have a pic, but about ten years ago my friend’s grandfather took us to the steps and showed and told us the story of how he enlisted in the army during WW2 and the stairs he stood on for hours.

Beverley M Brazelle: Remember riding to Richmond from Philly with my mother in the ‘50s to visit my aunts, uncles and cousins. Really cool place to un-board at Union Station/ Main Street. Then we used the Broad Street Station for years to come and go. Main Street Station is beautiful. There were porters and taxis everywhere. And you dressed to travel, wore your best clothes. White gloves and hats.

Susan Marie Schneider Shelton: Main Street Station is my favorite building in Richmond. I'll never forget the fire in 1983. I was working at The Fish Market in Shockoe Slip, and I stood outside and cried as I watched the flames.

Diane Clement: Ha! I painted the Main Street Sign there, outside on the 17th Street side. Actually there are still two old signs; this one and the larger sign on the train car at the end of Franklin St. at the Train Station.

Kasey Reed Warren: My husband and I were married in 2007 at the Main Street station. It was one of the happiest days of our lives. The location couldn't have been more perfect.

Susan Ann Glass: Back in 1998 I worked in the adjacent train shed for one of the State agencies. We were there until we moved up the hill in 2004. Our offices were housed in the old store fronts/spaces of its once-failed indoor marketplace. Some offices, my boss's in particular, bounded the wall next to Amtrak's elevated tracks. When a train came through the station outside and the whistle blew, the floor would vibrate and we'd not hear the sounds of our own voices. Imagine our surprise when one morning during a meeting in our boss's office when a half-height locked door was opened inwards into the room by an equally-surprised Amtrak worker just doing his job! It happened after that from time to time...always a surprise for both parties!

Often we'd have birds fly overhead and occasionally leave "presents" on our heads or our desks overnight.

We'd hold holiday parties and celebrations in the dark space beyond the old iron-grill within the actual Station which had a long, wooden bar with its elegant, but tired grand chandeliers and a worn tiled floor.

On September 11, 2001 a fire alarm went off and we gathered in what's now the MSS parking lot on Main Street not knowing why we were evacuated from the building on such a bright, beautiful morning as we were starting our workday. Within minutes our Blackberries announced that a plane had hit the WTC. I'll always remember where this NYer was on that fateful day.

It was a fun place to work and most of us who worked there on its two and 1/4 floors miss it because we got to see everyone all the time vs. now being in the tall, 13-floor silo we now inhabit. I love it so much, I've collected various artifacts, etchings and even a sculpture of Main Street Station. So happy it's being recognized for the precious jewel it is.

Ellen Shaver: My father, Ed Shaver, was branch manager at Simplex Time recorder here in Richmon . He not only used to scale up into the rafters at Main Street but Broad Street and the clock above WTVR .

Mary Mitchell Barnett: I worked for CSX Realty in the early 1980s when the railroad still owned the building. I was there during its brief stint as an all-indoor mall, and helped audit some of the expenditures of getting and keeping it up and running. I learned a really important fact: When money is scarce and getting scarcer you can skip paying the electric and water bills, because the bureaucratic red tape at those agencies means it's months before they cut off the service. But, man ... you pay the trash collectors on time or they will cut you off in the middle of a pickup! (Also learned: It wasn't the time or the place for a touristy indoor mall...)