Dog rescued from icy pond visits firefighters who saved her

HENRICO COUNTY, Va. -- It only took a couple of minutes for Penny to warm up to all the strange faces.

Friday afternoon, the three-year-old Red Bone Coon Hound mix spent about an hour visiting with the firefighters who pulled her from an icy pond on Monday.

"When I saw her, the hole was about three feet and by the time the men rescued her, it was about six feet, so the whole time she's sitting there hitting that ice" said Kathy Duke, Penny's owner.

The call came in just before 10 a.m. Monday, for a canine who had wandered out onto a Glen Allen pond and fallen through the ice. Penny was able to keep her head above the water but could not get herself out of the ice. She was about 15-20 feet from the edge. Crews used a boat they found on the edge of the pond and paddled out to rescue her. 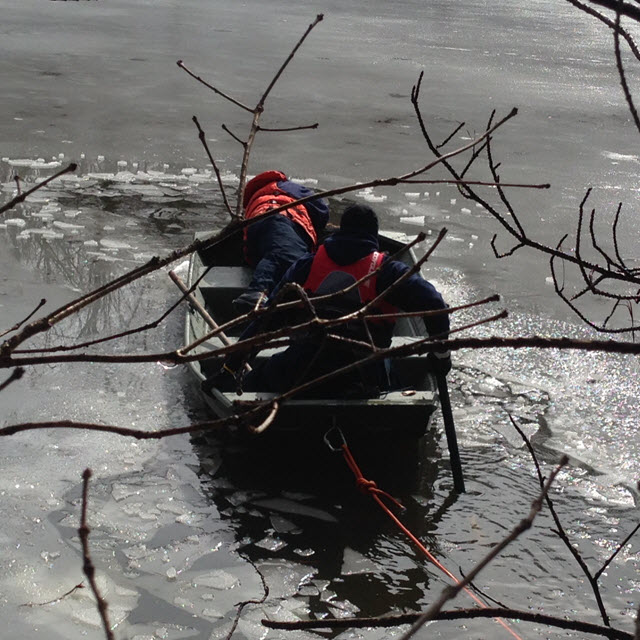 The Henrico County Firefighter who actually pulled Penny from the frigid water told Duke that he also has a dog named Penny.

Penny was trapped in the icy water for more than thirty minutes. So  she was immediately taken to a nearby vet, who gave her several IV's and warm blankets, since the dogs temperature had dropped ten degrees.

The Duke's rescued Penny last summer and now she has two sets of rescuers, her mom said.