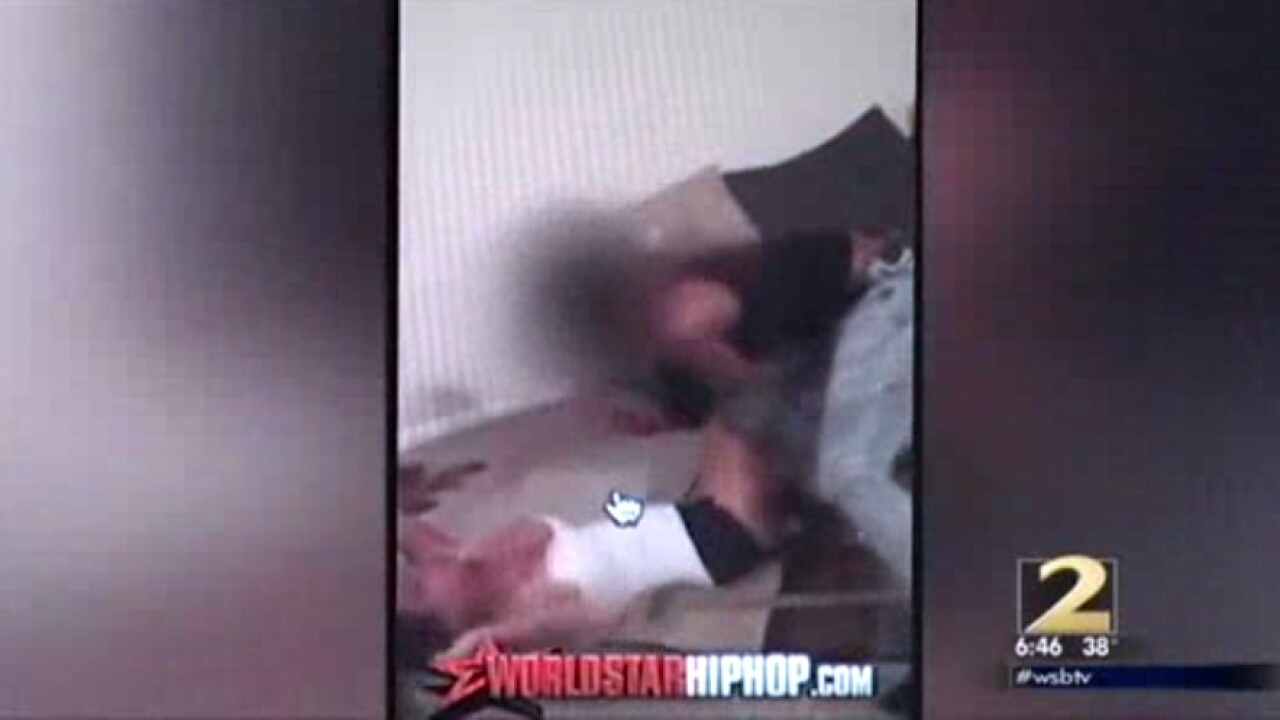 WARNING: This story contains video and images that some readers may find disturbing. Reader discretion is advised.

ATLANTA, Ga. — Several people accused of attacking a woman over a nearly-smashed Burger King Whopper Jr. were in an Atlanta courtroom Tuesday.

WGCL reports that Tekia Strickland and Armonni Cofer face a variety of charges in connection with the Feb. 22 incident that left Myriah Pointer injured. Another suspect, Chazmyn Donald, was in court last week.

Pointer, who suffered several bruises to her face, told police that Donald and several others were at an apartment playing a drinking game. Pointer said when she almost sat on Donald’s hamburger, the woman became upset, even after the Pointer offered to buy her another one, according to a police report.

“I wouldn’t wish this on my worst enemy,” Myriah Point said.

Pointer told police when she tried to fight back, several others in the room joined in the attack. The victim said she felt someone in the room was recording the incident and when they finally stopped, she noticed that her phone was missing, according to the police report. She alleged that the group had taken her cell phone in order to keep her from calling police. Pointer said she eventually got her cell phone back.

“I’m more hurt emotionally than physically,” Pointer told WSB. “I was unconscious while they were beating me.”

Pointer told WSB that the attack left her with two black eyes, a chipped tooth and a concussion.  She is hopeful the suspects will serve time.

“I wouldn’t wish this on my worst enemy,” she said.

Tekia Strickland and Armonni Cofer were booked into jail Monday night. Each face charges, including battery, aggravated assault with a deadly weapon and false imprisonment.

Donald has been in jail since last week. She faces the same charges and is being held on a $13,500 bond.