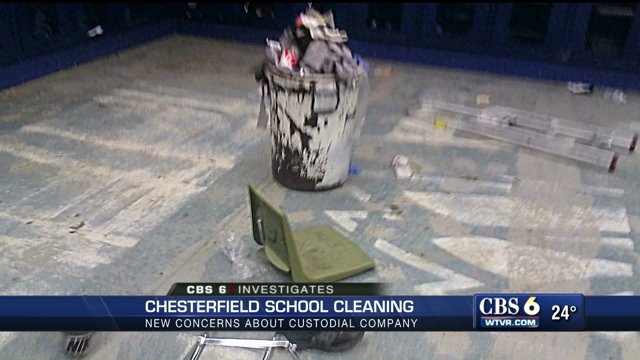 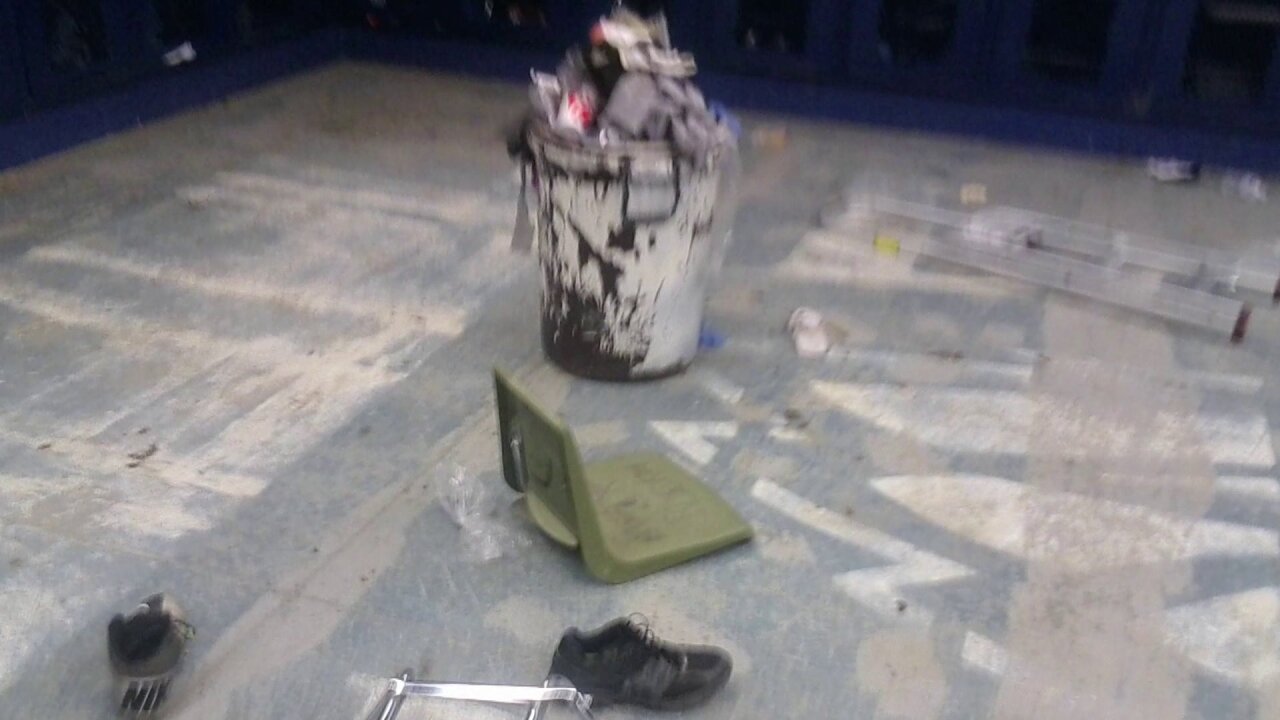 In an effort to save over $1 million, Chesterfield decided to outsource custodial services at eight schools to the company.

But, there have been some red flags, like last fall when CBS 6 was sent pictures that appeared to show trash piling up in the field house locker room at L.C. Bird High School.

In October, Assistant Superintendent Andy Hawkins said the school system was working to fix the problem and said cleaning at the seven other schools was going well.

However, CBS 6 has learned that at a school board work session earlier this month, new issues were raised, including background checks of GCA employees not being submitted to the Human Resources department.

"It's concerning," said Brown, "Of course we always want to make sure safety is the first issue, teachers have to have background checks so anyone that they are bringing in should also have that background check."

The document from Facility Services also stated that some schools had been left unsecured overnight, and that some buildings are not being cleaned enough.

This also comes at a time when Chesterfield plans to outsource custodial services at 28 more schools to save $3.5 million.

"I totally understand school systems trying to save money, but the safety of the students, the cleanliness of the schools, those have to take priority," said Brown.

CBS 6 asked Chesterfield School board chairwoman Carrie Coyner for an interview but she said she did not have the time.

CCPS Spokesman, Shawn Smith also would not go on camera, but said the school system is seeking new bids and that all vendors are encouraged to apply.

He also said some of the issues raised concerning GCA would be addressed in the process.

CBS 6 reporter Chelsea Rarrick also reached out to Russell Leboff with GCA, however as of late Tuesday night our phone calls were not returned.