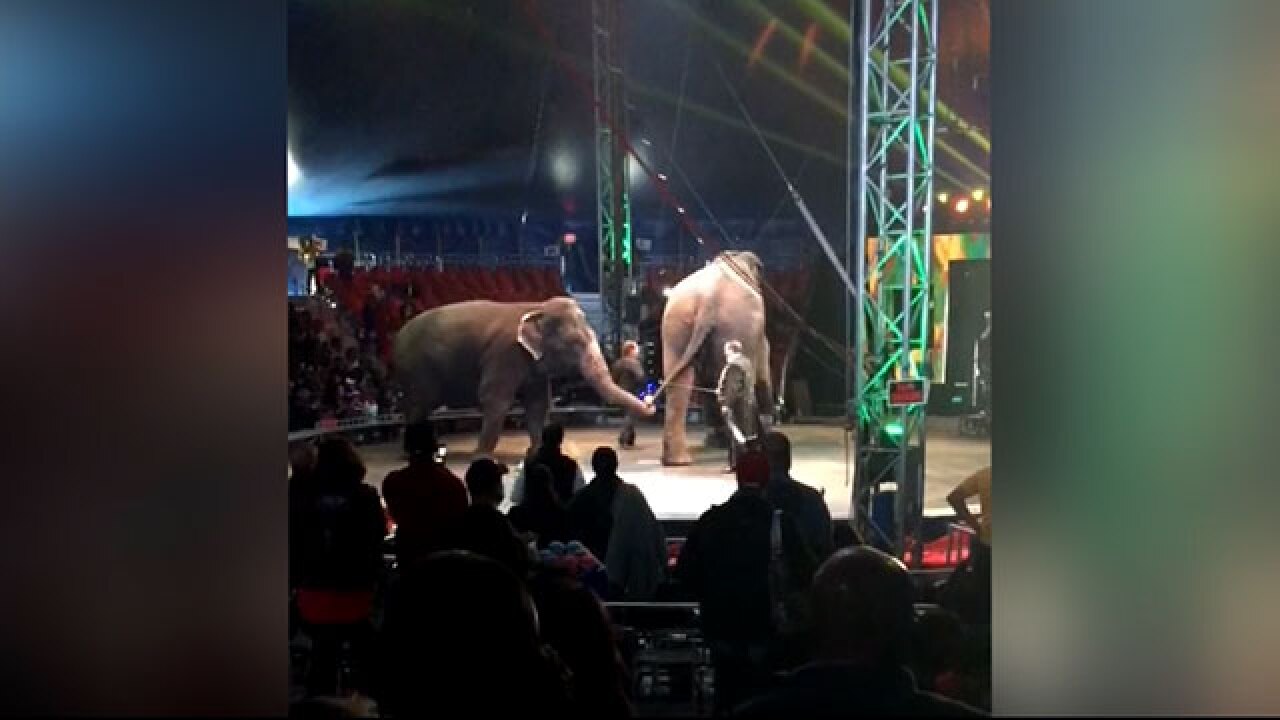 Atlanta, GA — Two people with UniverSoul Circus face charges of animal abuse after being accused of moving an elephant by sticking a bullhook in its mouth.

CBS46’s Tylar Bacome obtained video from a UniverSoul Circus attendee, taken Feb. 14, that showed an elephant, named Beau, refusing to leave the Downtown Atlanta stage until a baby elephant was brought out to help usher Beau off.

That’s when a Fulton County animal control officer reported that a UniverSoul handler, now charged along with circus ownership with animal cruelty, tried to get Beau to move by sticking the bullhook in the elephant’s mouth.

The bullhook was described as a weapon that resembles a fireplace poker with a sharpened tip in the end.

Now, PETA is stepping in, urging UniverSoul to remove elephants from its act altogether.

“Oh, that makes me feel bad because they didn’t look well, but I didn’t expect them to use a bullhook to pull them off stage,” said one attendee.

Others added that the show must go on without the accused handler.

“UniverSoul Circus views with grave concern any suggestion that the animals associated with its shows receive anything less than absolutely first-class care and treatment.”

“…one of the two was not even present at the time the alleged abuse was supposed to have occurred.”

“UniverSoul Circus remains committed to ensuring that no acts of animal cruelty, abuse, or mistreatment are visited upon any animals that travels or performs with it…”