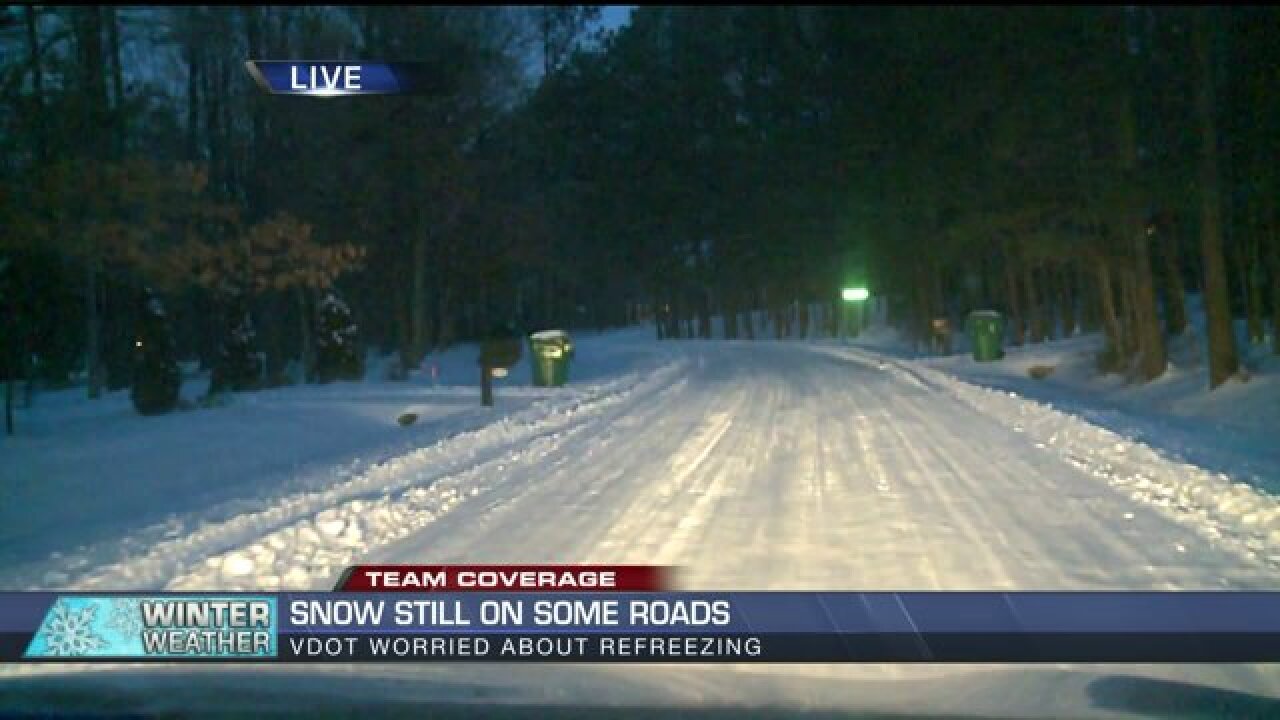 RICHMOND, Va. -- The Virginia Department of Transportation (VDOT), Richmond and Henrico snow removal crews were able to clear the snow off most interstates and primary roads by late Tuesday, a few hours after the snowstorm moved away from Central Virginia.

Wednesday morning however, secondary roads were still covered with snow and ice.  The City of Richmond Street Maintenance Department is responsible for clearing primary and  secondary roads within city limits.  The city has 24 hours after a storm passes to start clearing secondary roads, according to the department's website. VDOT's goal is to have all state-maintained roads passable within 48 hours after the storm ends. The department said the process may take longer on certain roads.

Drivers were asked to use caution, reduce speed and increase following distance when driving especially on snowy secondary roads.

While VDOT is charged with clearing most major roads in Central Virginia,  Henrico provides snow removal for secondary roads in the county (routes numbered 600 and above) and subdivision streets. In addition, Richmond, Colonial Heights, Petersburg, Hopewell and Ashland provide their own snow removal.