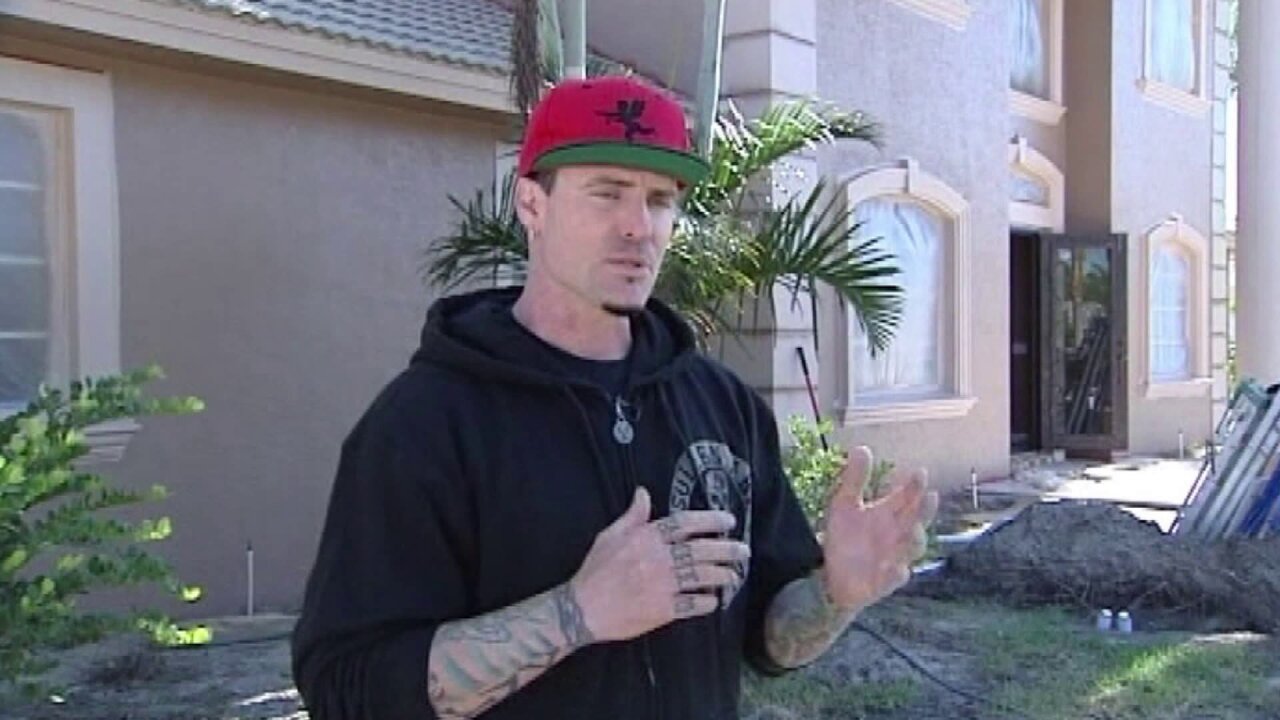 (CNN) — Vanilla Ice felt the heat Wednesday, thanks to an arrest in Lantana, Florida.

The rap artist, whose real name is Robert Van Winkle, was taken into custody Wednesday and charged with burglary residence and grand theft, according to a news release issued by the Lantana Police Department.

The Police Department said the robbery occurred sometime between December and February in a home that was going through foreclosure. Items stolen include a pool heater and furniture.

“During the investigation, it was determined Robert Matthew Van Winkle played a role in the burglary and theft. Mr. Van Winkle is currently renovating the residence adjacent to the property in which the items were stolen. A search warrant was obtained and executed in unincorporated Palm Beach County in which several of the stolen items were recovered at a residence under the care and control of Robert Van Winkle,” the department said.

The stolen property has “since been returned to its rightful owner.”

Vanilla Icestars on the show “The Vanilla Ice Project” for the DIY Network. On the show, he renovates and then sells houses.

CNN reached out to Van Winkle’s press rep and DIY Network, who have yet to respond.