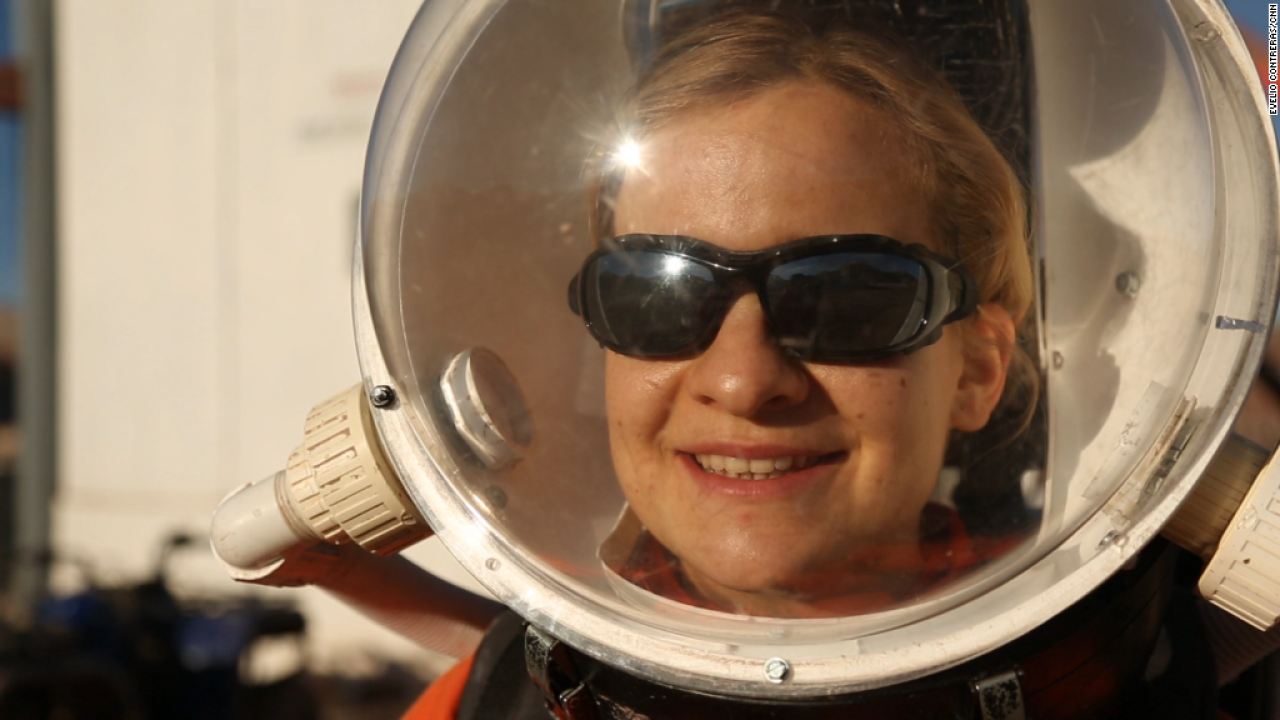 Mars One, a group that plans to send humans on a one-way trip to Mars, has announced its final 100 candidates. They have been selected from 200,000 applicants and will go on to further testing later this year, which they expect to include team-building exercises and later, isolation.

Eventually, 24 will be selected to make up six crews of four, which Mars One says they hope to launch to the Red Planet every two years from 2024, with the aim of starting a colony there.

The Dutch non-profit hopes to use existing technology to carry out the mission. However, the planet has always been a difficult target for exploration, with only around half of all unmanned missions succeeding. The journey itself is expected to take around seven months, and a recent MIT study found that, should the first explorers succeed in landing, using current technology they would likely survive just 68 days.

So what kind of person chooses to go to Mars on a one-way mission? The list of 100 finalists includes scientists and academics as well as those who are just seeking the ultimate adventure. CNN spoke to two of the British hopefuls.

For Rigby, a chemistry graduate, who currently works as a secondary school lab technician, it is a lifelong passion for space that led to her decision to apply. “I have always been interested in space; I grew up in the 80s watching shuttle launches, but always used to think that space travel was just for the Americans. When the opportunity came up I had to put my name forward.”

But she admits that not everyone has been happy with her decision to apply, and the risks associated. “Generally the reaction has been overwhelmingly positive from my friends and family since I told them I was down to the final 100, but it’s going to be difficult for my mum. I haven’t told her yet,” she says.

Rigby explains that when she first applied in 2013, her mum told her she didn’t want her to go as she knew she would be selected and that she would never see her daughter again.

“I am very divided by it, but the way I see it, I have a responsibility to more people,” Rigby says.

She believes that the whole purpose of the mission is to inspire a new generation and that she has a responsibly to those who come after her. And she is unfazed by those who claim the whole idea is improbable: “Pioneers are always ridiculed, but I am doing this for something better, which will hopefully benefit more people than just staying at home and keeping my mum happy.”

It is this sense of responsibility and passion for the plans which drove Rigby through her selection process. Her initial video application included a speech she had rehearsed several times, talking about how Mars One is all about doing something for the greater good. She also had to take a standard medical examination and then a 15-minute interview, where Rigby was quizzed on past Mars missions and plans for Mars One. She succeeded in answering every question correctly.

As for the risk — “of course I am scared,” she says. “It’s something that has never been done before, it’s a leap into the unknown. When people ask me why I am going to Mars to die, I say we are all going to die, but it’s important what you do before you die.”

“I applied because it is the ultimate opportunity,” explains Weedon, a 27-year-old manager who describes herself as somebody who doesn’t want to lead the ordinary “nine-to-five” kind of life. “I want to be able to go down in history,” she says. “I want to be able to say I made a difference to the future of mankind.”

Weedon doesn’t have a background in science, but says she is driven by the challenge. It’s an aspiration shared by her family: Weedon’s brother also applied but was not selected for the final 100. “My brother is pretty jealous, but the rest of my friends and family are proud and excited.” The only exception is Weedon’s boyfriend, who doesn’t want her to go.

Weedon thinks it was her teamworking skills which saw her through this far — in her current job she works as part of a group of four, the same size as the planned Mars One crew. But she’s not pretending a trip to Mars is going to be a walk in the park. “When I think about it seriously I am petrified,” she says, “but that doesn’t put me off, it drives me forward.” Though she admits she doesn’t know if she is the right person for the job: “Nobody can say 100% how they will react until training.”

Like many who applied, the chance to join the small group of people who have left our planet is the biggest draw for Weedon. But there are still questions over whether the mission will even happen. As well as the MIT study raising doubts over the technology, Mars One must raise an estimated $6 billion, which it hopes to achieve through various methods, including crowdfunding, sponsorship and sales.

But Weedon is optimistic. “I definitely think it will happen, but in terms of the current roadmap, I just don’t know whether it will happen on time,” she says. “A lot will depend on the unmanned missions planned for 2018.”

Not daunted by the prospect of leaving behind friends and family, Weedon believes that the one-way trip is what needs to be done if we are ever to colonize Mars. “Leaving will be a test of character, but we will still have contact through emails — it’s not game over.”