Were these Muslim students killed over a parking spot?

Police said “an ongoing neighbor dispute over parking” might have been a factor in the shootings Tuesday evening. The three victims were all shot in the head, sources told CNN affiliate WRAL. The suspect, Craig Stephen Hicks, turned himself in to police later in the night and is being held in the Durham County Jail without bond. He was cooperating with investigators, police said Wednesday morning.

“Our investigators are exploring what could have motivated Mr. Hicks to commit such a senseless and tragic act. We understand the concerns about the possibility that this was hate-motivated, and we will exhaust every lead to determine if that is the case,” said Chapel Hill Police Chief Chris Blue.

But given the victims’ religion — they were Muslims — and comments the alleged shooter apparently left on a Facebook page, many social media users wondered what role, if any, the victims’ faith played. The victims were Deah Shaddy Barakat, 23; Yusor Mohammad, 21; and Razan Mohammad Abu-Salha, 19. 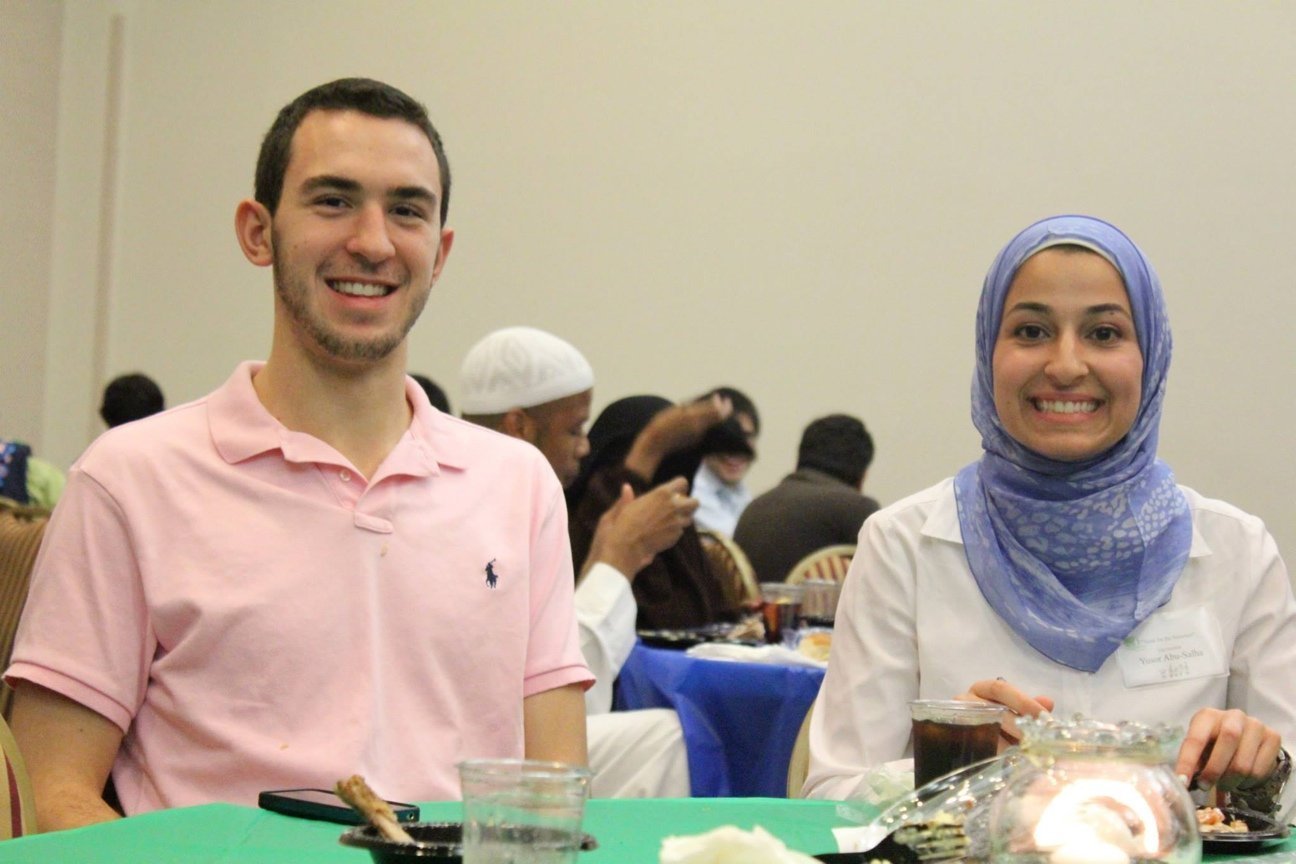 The Council on American-Islamic Relations called for police to “address speculation about a possible bias motive,” and the Muslim Public Affairs Council is requesting a federal investigation “if the motives of the shooter are confirmed based on his previous social media posts.”

The families have said they believe the shootings were motivated by hate, and the suspect had threatened the three before, said family spokeswoman Linda Sarsour. The nature of the previous threats was unclear.

Ripley Rand, the U.S. attorney for the Middle District of North Carolina, said during a Wednesday news conference that there was no federal investigation underway, and the incident appeared to be isolated rather than part of an organized campaign against Muslims in the state.

The suspect’s wife held a news conference Wednesday afternoon in which she conveyed condolences to the victims’ families and said she was “shocked” by the killings.

“The incidents had nothing to do with religion or the victims’ faith,” the suspect’s wife said.

“The incidents had nothing to do with religion or the victims’ faith,” she said, adding that it had to do with “a longstanding parking dispute that my husband had with the neighbors.”

The father of the female victims, however, told a local newspaper that he was sure that wasn’t true.

“This was not a dispute over a parking space; this was a hate crime,” a victim’s father said.

“It was execution style, a bullet in every head,” the women’s father, Mohammad Abu-Salha, told the News & Observer in Raleigh. “This was not a dispute over a parking space; this was a hate crime. This man had picked on my daughter and her husband a couple of times before, and he talked with them with his gun in his belt. And they were uncomfortable with him, but they did not know he would go this far.”

Barakat was Mohammad’s husband; Abu-Salha was her sister, the school said. Barakat was a second-year student at the UNC School of Dentistry, who was raising money on a fundraising site to provide dental care to Syrian refugees in Turkey. He had been married for just over a month to Yusor Mohammad, who was planning to begin her dental studies at UNC in the fall, according to the school. Abu-Salha was a student at North Carolina State University in Raleigh.

The condominium is home to many university students. Tuesday night, friends and family members gathered, crying or comforting each other, as they waited for word from officers.

“It’s been hours. Just tell me if he’s alive,” one man cried out.

An officer tried to calm him down. “Give us more time,” he said.

Student Kristen Boling told CNN affiliate WNCN she was at home studying and didn’t hear anything.

“It’s kind of just turned the neighborhood upside down,” she said.

The hashtag #chapelhillshooting and #MuslimLivesMatter quickly shot to the top of Twitter’s trending topic early Wednesday morning, with many posting what they said were photos of the victims.

Hicks is being held on three counts of first-degree murder.

In one post widely shared online, Hicks, who claimed he is an atheist, allegedly wrote: “When it comes to insults, your religion started this, not me. If your religion kept its big mouth shut, so would I.”

“We are sensitive to the impact an incident of this nature has on campus and in the community,” the school said. “We understand you want to know the facts as quickly as possible. At the same time, we must respect the job our Chapel Hill police have as they investigate this crime.”