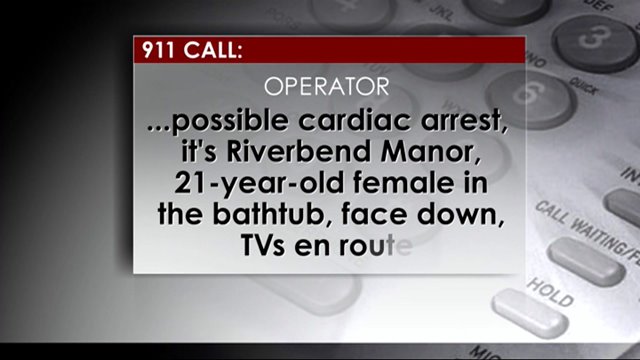 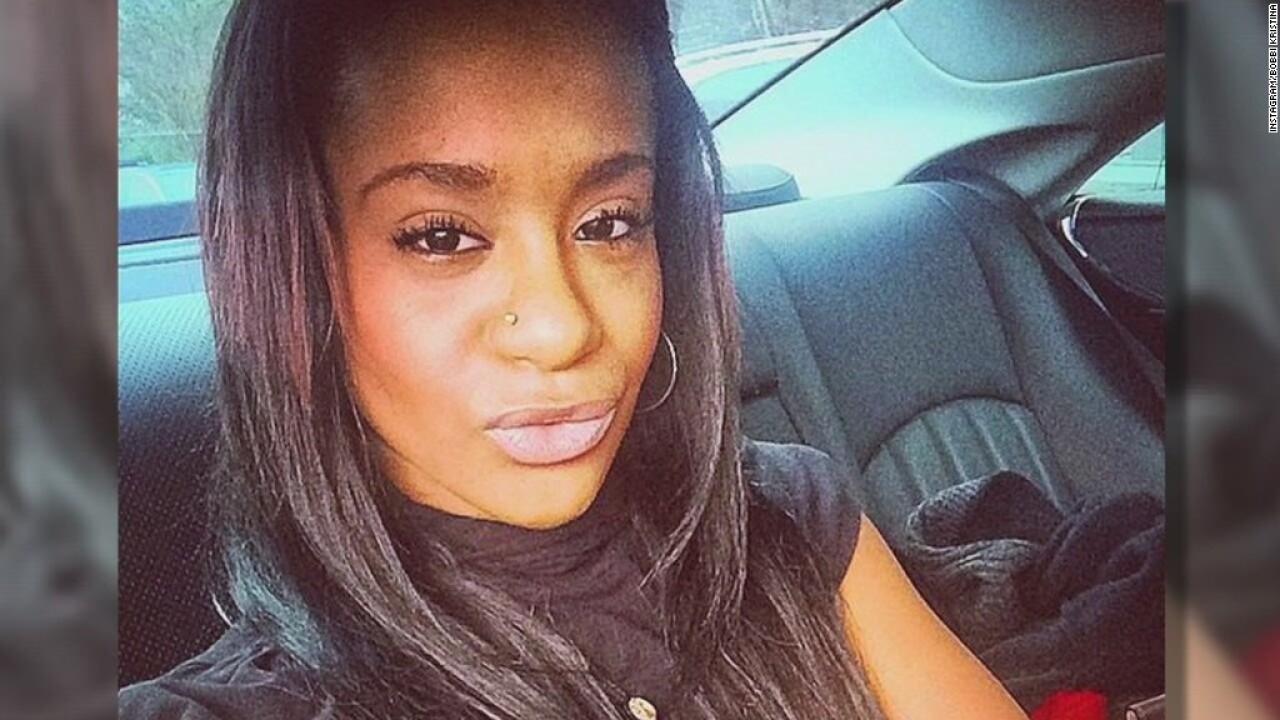 ATLANTA – The father of Bobbi Kristina Brown, R&B singer Bobby Brown, is denying reports that family members are saying their "last goodbyes" to his daughter at Emory Hospital in Atlanta.

There's reports that Bobbi Kristina was taken off life support but TMZ has been told by family sources that these claims are false.

Bobbi Kristina Brown has been on a ventilator since she was found unresponsive in a bathtub Saturday.

People Magazine reported Thursday a family member confirmed that “Everyone is coming to the hospital to say goodbye” as they prepare to take her off life support. On Wednesday, a doctor at the Atlanta medical center told the family there was nothing more they could do for the 21-year-old, according to sources.

"Bobby has been crying nonstop since yesterday," People reported the source said. "We are grieving."

Bobby Brown is at Emory University Hospital with friends and family – today is his birthday http://t.co/QBRmn4zowt

However, Bobby Brown's attorney denied the report saying, “There is no ‘family gathering’ today that is any different from any other day since she has been in the hospital — the family has been there since the weekend so nothing any different today for them to be there than any other day. She is not brain dead and the Houstons and the Browns are not fighting.”

Brown was found unresponsive, floating face-down in a bathtub inside her Roswell, Georgia, townhouse. Contrary to initial reports claiming Brown’s partner, Nick Gordon, found her, an attorney said Thursday that it was actually his client, 24-year-old friend Maxwell Lomas, who first saw her and called police.

Brown refused to answer reporters' questions as he walked into Emory University hospital Wednesday evening about his child's condition, but sources say Bobbi Kristina Brown remains in a medically-induced coma. That raises questions as to who is making medical decisions for the 21-year-old.

Bobbi Kristina has not yet regained consciousness. A source said her brain swelling went down and her eyes are showing some movement. That by itself, according to doctors, does not mean she is improving. Our source adds doctors cannot predict the outcome since she was without oxygen for somewhere between two and five minutes.

Our @StephBauerTV was the only person to talk with Bobby Brown about #BobbiKristina. ahwd.tv/tfokE2 #Access http://t.co/x3gCMTUTD8—
Access Hollywood (@accesshollywood) February 05, 2015

As Bobbi Kristina Brown remains hospitalized, her father's attorney said "we are currently investigating the events that led to (her) hospitalization."

Attorney Christopher Brown also said Tuesday that the 21-year-old daughter of singers Whitney Houston and Bobby Brown "is not and has never been married to Nick Gordon," contrary to some reports.

"We continue to request privacy in this matter. Please allow for our family to deal with this matter and give Bobbi Kristina the love and support she needs at this time," Bobby Brown said in the statement.

After she was discovered unresponsive in her home in the Atlanta suburb of Roswell, Brown was rushed to a hospital, where doctors placed her in a medically induced coma. As of late Monday, she remained on a ventilator in the intensive care unit, a source close to the family said.

On Tuesday, she was moved to Atlanta's Emory University Hospital, sources close to the family said.

The status of her brain function won't be known until sedatives are reduced, the source told CNN.

"Bobbi Kristina is fighting for her life and is surrounded by immediate family. As her father already stated, we are asking you to honor our request for privacy during this difficult time," the Houston family said, thanking her supporters.

The source close to the family told CNN that Brown's eyes opened and closed a few times Monday, but that doctors told family members not to read too much into that movement.

Doctors were trying to reduce the sedatives to check Brown's brain function but decided to keep her in the coma for now, the source said.

The source added that Brown had seizures Monday.

It was not immediately clear what medical significance these reported events have in Brown's case.

She "was not breathing" when Nick Gordon and a friend, who's been identified as Maxwell Lomas, found her Saturday morning inside her townhouse in the Atlanta suburb.

The spokeswoman said when Brown was found, she was "unresponsive, meaning not breathing, no heartbeat."

In scanner traffic, emergency services could be heard describing an "ECHO-level response" -- urgent and life-threatening -- with "possible cardiac arrest."

On Monday, a source close to the family told CNN that Brown was in "really bad shape."

Everyone is "hoping for the best, preparing for the worst" and "praying for a miracle," the source said.

Police call it a medical incident

Nobody knows what caused Brown's unresponsiveness, Holland said, but police consider it a medical incident at this time. She said investigators had found nothing to indicate it was drug- or alcohol-related. The incident report referenced a drowning.

Police had been to Brown's residence recently. Somebody reported a fight there on January 23, but nobody answered the door and officers found no evidence of an altercation, Holland said.

Almost three years ago, Whitney Houston was found dead in a bathtub at the Beverly Hilton hotel near Los Angeles, hours before she was to attend a pre-Grammy Awards party.

A coroner ruled her February 11, 2012, death an accidental drowning, with heart disease and cocaine use listed as contributing factors.

Brown is her only child.

"She encourages me and inspires me," Houston once said of her daughter. "When I look at her eyes and I see myself, I go, 'OK. I can do this. I can do this.' "

Brown was born in 1993 during Houston's marriage to R&B singer Bobby Brown, which ended in divorce in 2007.

The daughter of music royalty became a public figure during the mid-2000s reality show "Being Bobby Brown," in which she frequently appeared alongside her parents and often had a front-row seat to their marital fireworks.

Mother and daughter performed together on national TV in 2009, when the two sang "My Love Is Your Love" in Central Park on ABC's "Good Morning America."

Given the pair's close relationship, it's no surprise that Houston's death was a major blow.

Days after her mother's body was found, a grieving Bobbi Kristina -- then 18 -- was taken to Cedars-Sinai Medical Center because she was "overwhelmed," family friend Kim Burrell said.

"She loves hard," Burrell said then of Bobbi Kristina. "She's going to be OK, and we're going to see to it."

After Houston's death, Bobbi Kristina talked of pursuing a career in acting and music, just like her mother.

In 2012, she reportedly lobbied for a role in a planned biopic of her mother's life. Lifetime's "Whitney," which was directed by actress Angela Bassett, debuted in January 2015, but the Houston family was not involved.

Brown did make her acting debut in 2012 on Tyler Perry's show "For Better or Worse." Her performance in the small role won praise from Perry.

"She did a fantastic job," he said at the time. "And that kid has such a future. She's such an actor. "

Even before her mother's death, videos of Brown singing surfaced on YouTube and were quickly criticized by fans who felt her talent did not live up to Houston's.

Concerns that she may have substance abuse issues, as her mother did, intensified in July 2014 after a picture was posted on her Instagram account showing a young woman who looked like Brown appearing to be smoking from a bong. The image had previously made the media rounds two years prior.

The caption read: "This picture may be inappropriate but I want to make a connection with you all. Don't worry this picture isn't recent just hear me out. Do you know what I feel? I feel strange I can't feel any pain anymore. I don't take any drugs as of recently. Things just happened. But then there is some situation that force me to do things and the impact I'll feel pain. I did and I do. I was hurt."

Brown later denied that she posted the photo and tweeted that it was done by someone attempting to tarnish her image.

Relationship with a man taken in by Houston

Brown appeared on episodes of Lifetime's brief reality show "The Houstons: On Our Own," which followed her life after Houston's death.

One of the show's story lines revolved around Brown's relationship with Nick Gordon, who had lived with Houston and her daughter since he was 12 years old.

Brown reportedly got engaged to Gordon, and in January 2014, she tweeted out a picture of wedding rings along with the words, #HappilyMarried• SO#Inlove." However, Bobby Brown attorney Christopher Brown said Bobbi Kristina was never married to Gordon.

"(Houston) made me promise several times to look after Krissy ... and, Mom, I will never, ever, ever break that promise," Gordon told the entertainment show "Extra" afterward, saying Houston "just treated me like she gave birth to me."

It was unclear whether Gordon and Lomas came into the home Saturday morning to find Brown in the bathtub or if they had been in another part of the house overnight, said Holland, the police spokeswoman.

The whereabouts of another man who was in the house when Brown was found, Maxwell Lomas, are also unclear. But in response to several media outlets reporting Lomas' lengthy rap sheet, attorney Philip Holloway issued a statement Tuesday saying his client is a cooperative witness and Lomas' most recent arrest in January has nothing to do with Brown's hospitalization.

Holloway also told CNN Wednesday that his client was the one who actually found Brown and called 911. Holloway's comments came after he met with Roswell police for two hours; his client was not at the meeting, he said.

On January 15, Lomas was booked on charges of possession of marijuana with intent to distribute, possession of alprazolam (aka Xanax, an anti-anxiety drug) and possession of a firearm or knife during the commission of or the attempt to commit a felony, according to Fulton County Sheriff's Office spokeswoman Tracy Flanagan.

CNN has also learned from Fulton and Dawson county authorities that Lomas was arrested at least three times in 2011 and 2012 and charged with a host of crimes, including battery and alcohol, weapons, drug and probation violations. Holloway did not mention the previous arrests in his statement.

"Mr. Lomas' widely reported recent arrest is completely unrelated to the incidents that occurred at Ms. Brown's residence and there is absolutely no relationship between the events. He has pleaded not guilty to those charges," it said. "Mr. Lomas has not been accused of anything in connection with Bobbi Kristina Brown's injuries."

Concern for Brown came from many in the entertainment world.

Music director Michael Bearden sent along "healing energy to the daughter of a late great friend." Songwriter Diane Warren tweeted, "I hope Bobbi Kristina gets the help she needs."

"Poor thing," Warren wrote. "Almost 3 yrs to the day her mom passed and the same thing almost happened to her."