CHESTERFIELD COUNTY, Va. — A pet star from Chesterfield has some bragging rights this Super Bowl Sunday.

Last week CBS 6 News introduced you to “Pepper,” the rescue puppy who helped raise money for her friends at Sanctuary Rescue in Midlothian.

The pup’s family sent photos of a viewing party they hosted this afternoon to watch “Pepper” duke it out in Animal Planet’s “Puppy Bowl.” 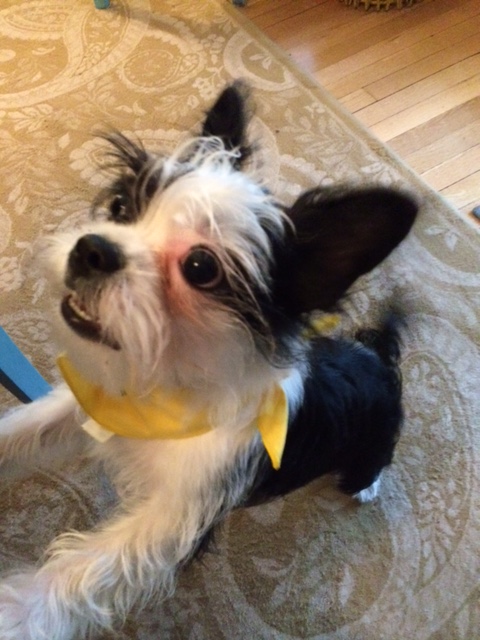 The first “Puppy Bowl,” which features rescue dogs that are available for adoption or have recently been adopted, aired on Feb. 6, 2005, on a hunch that viewers would tune in to watch puppies run around a small replica of a football field.

Boy, did they ever.

As the popular sideshow enters its second decade, it has become one of Animal Planet’s most popular shows, with animal lovers around the world looking forward to it.

Here are ten things you may not know about the Puppy Bowl:

1. In 2014, 13.5 million watched various airings of the Puppy Bowl, according to Discovery.

3. Almost all the animals are available for adoption

5. In recent years, the Puppy Bowl has been re-broadcast in a 12-hour marathon

6. The idea for the Puppy Bowl came from the holiday Yule Log broadcasts

7. Unlike the Super Bowl, there's very little in the way of commentary during the Puppy Bowl

8. The Kitty Halftime Show grows more elaborate each year, adding such talent as Keyboard Cat in 2014

9. The Super Bowl has yet to have a double touchdown, unlike the Puppy Bowl.

10. Not to be outdone, the Hallmark Channel started the Kitten Bowl last year