Crews save man hanging outside bedroom window during apartment fire

HENRICO COUNTY, Va. –  Crews responded to the 8400 block of Donovan Ct. in Henrico County Saturday morning for a report of a apartment fire.

At 9:45 a.m. crews arrived to find the third story of an apartment on fire and  a man hanging outside of his bedroom window.

CBS 6 spoke with a man who lived in the same apartment building. He did not want to be identified but said that he was a retired firefighter and talked to the man who was hanging outside his window until crews rescued him.

"I said just stay calm and don't jump," said the man, "They'll be here in a second and he said it's getting hot in here I don't know how much longer I can stay in here."

Fire fighters were quickly able to rescue the man by using a ladder, according to Henrico fire.

The victim was transported to the hospital for evaluation after suffering burns and other injuries.

Residents of the other 11 apartments were able to exit the building okay.

The fire was contained to only one apartment.

"I feel kind of shaken by it because to see someone that you know that was trapped what if he died, oh my god just too much for me to think about," said neighbor Vonda Gordon. 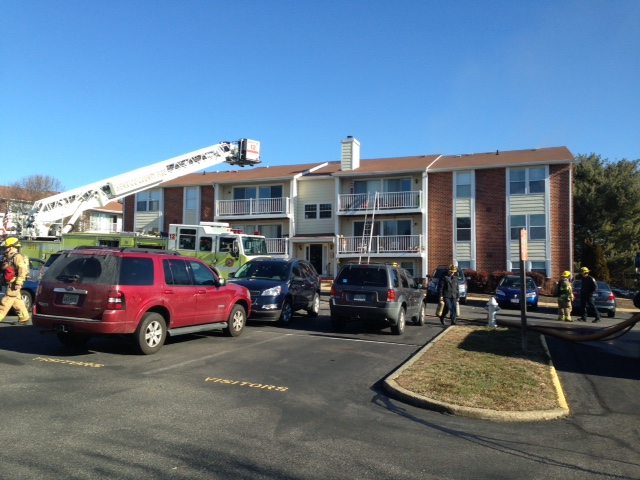