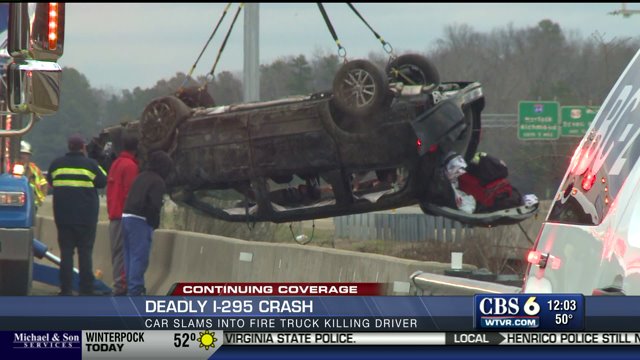 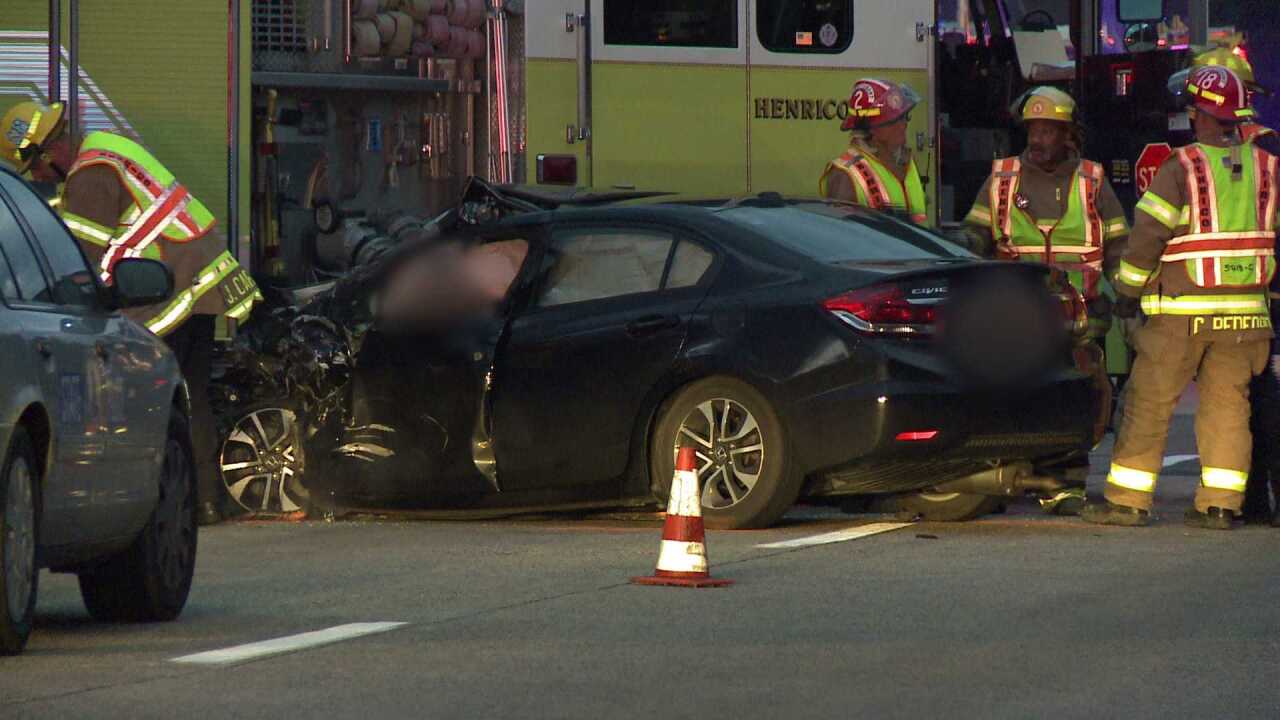 HENRICO COUNTY, Va. -- A Fredericksburg man was killed after his car ran into a fire truck that was parked along Interstate 295 south at the I-64 interchange in eastern Henrico County Monday morning.

"A 2003 Pierce pumper truck (Henrico Fire Unit) was sitting in the left and center lane with lights activated when it was struck by a southbound 2013 Honda Civic," Virginia State Police spokesman Sgt. Steve Vick wrote in an email. "The driver of the Honda, Brad T. Cartwright, 31, of Fredericksburg, Va., died at the scene; he was not wearing a seat belt."

Two Henrico firefighters, who were in the truck when it was hit, were taken to the hospital with non-life threatening injuries, Vick added.

Henrico Fire crews were initially called to I-295 at about 6:20 a.m. after a 2014 Dodge Caravan , headed north on I-295, ran off the side of the interstate and flipped down an embankment into White Oak Swap Creek.

"The driver of the Dodge, Brandon R. Burton, 23, of Capitol Heights, Maryland and one of the passenger were not injured in the crash," Vick said. "Three passengers in the van were transported to VCU Medical Center with non-life threatening injuries, a fourth passenger was transported via MedFlight with serious, but non-life threatening injuries. All six people in the van were wearing seat belts. Burton was charged with Reckless Driving."

All southbound lanes were closed so MedFlight could land on the interstate and transport at least one patient to the hospital.