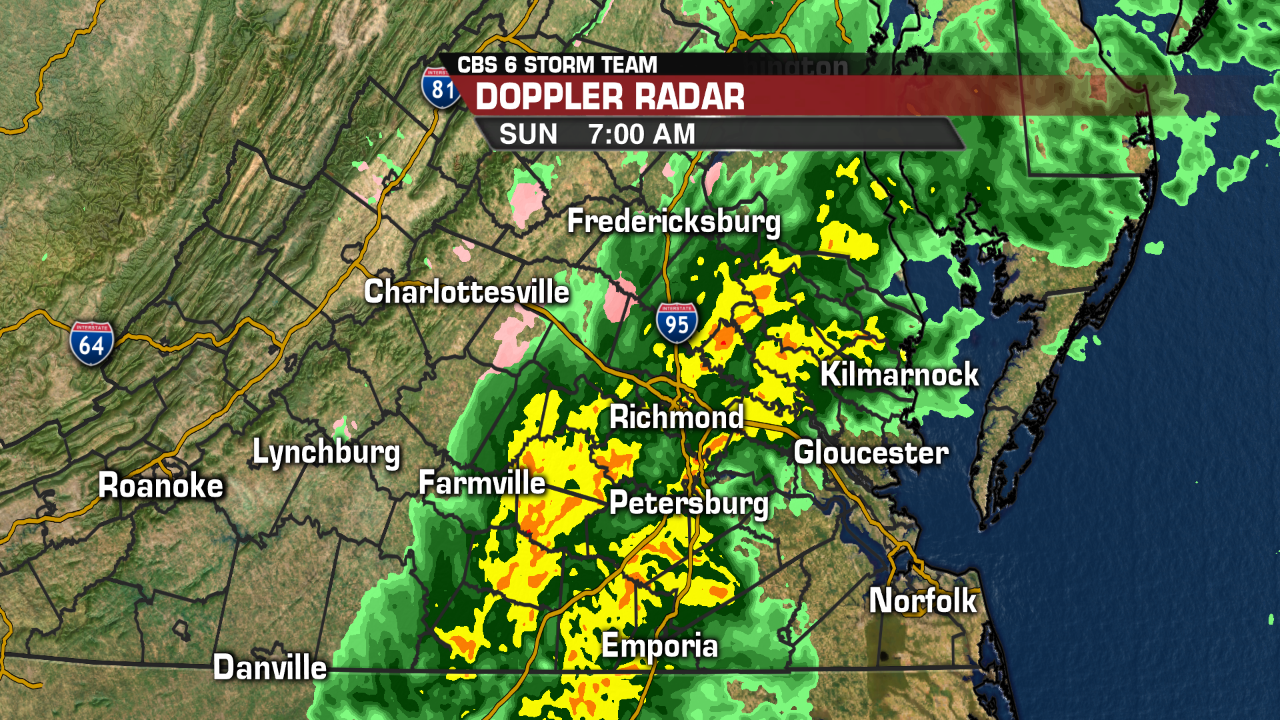 The rainfall the affected central and eastern Virginia on Sunday morning produced 1.54″ at Richmond International Airport.  This breaks the daily rainfall record for January 18, previously set in 1980.  This also represents the highest 24 hour total since last July.

There was a sharp cut-off to the rain west of I-95, where amounts were minimal (or zero) for the western third of the state.  Rainfall totals across I-95 and eastern Virginia ranged from around 1/2 inch to over 2 inches.

Rainfall was running below normal for January, but this soaking now brings the monthly total to 2.62″, which is 0.86″ above normal.