SAN DIEGO, Ca. — A  thoughtful office employee was plunging a toilet when pretty much the worst thing ever happened, and a snake slithered out.

Stephanie Lacsa and Holly Wells, co-founders of Vertical PR + Marketing, noticed the water in the toilet was higher than usual. Lacsa said she grabbed a toilet plunger and noticed something coming out of the toilet.

The business woman saw a flickering tongue and ran out of the bathroom screaming, reported KSWB. 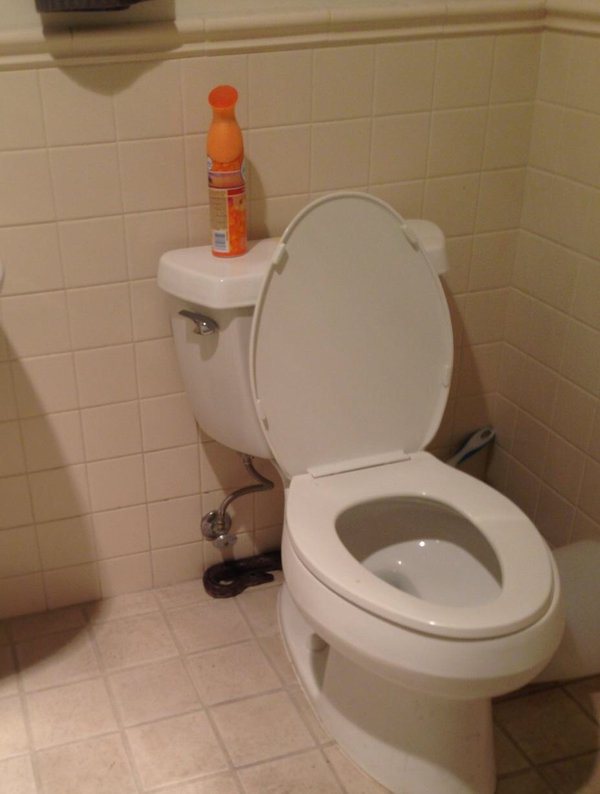 When San Diego County Department of Animal Services arrived they found the door taped shut. The snake was coiled behind the toilet.

Animal Services Deputy Director Dan DeSousa said it was a mystery how the 5-foot, 6-inch Colombian rainbow boa got there. He told the County News Center that he was uncertain if a snake could survive in a sewage system.

The snake was taken to a veterinarian, and it was reported that the snake bit the handler. It was considered underweight, and was also undergoing molting.