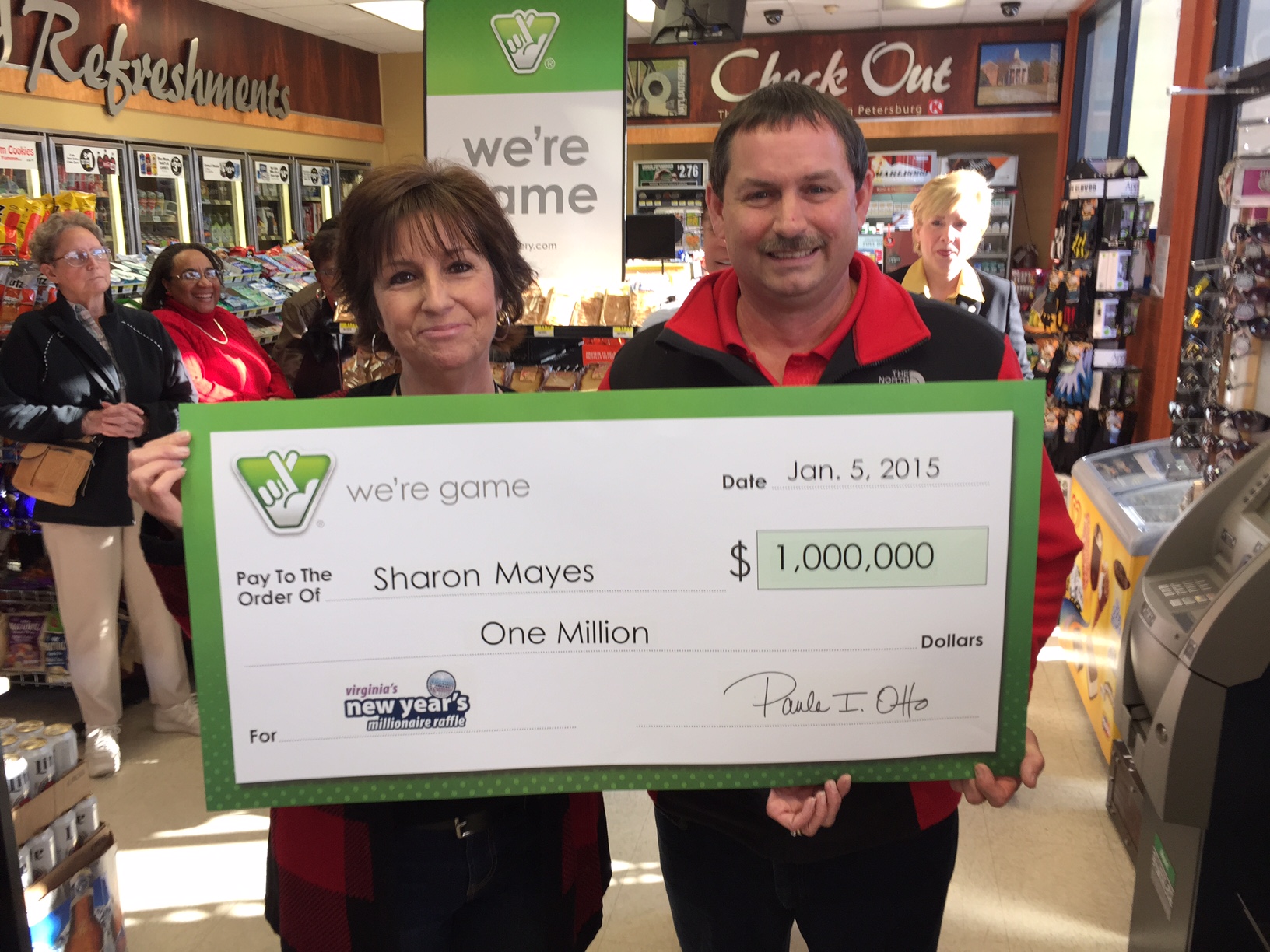 One of the winning tickets was sold in Prince George County and winner Sharon Mayes picked up her check during a special ceremony Monday morning.

One of those $25,000 tickets was sold at the Cigarettes Unlimited on Hull Street Road in Midlothian.