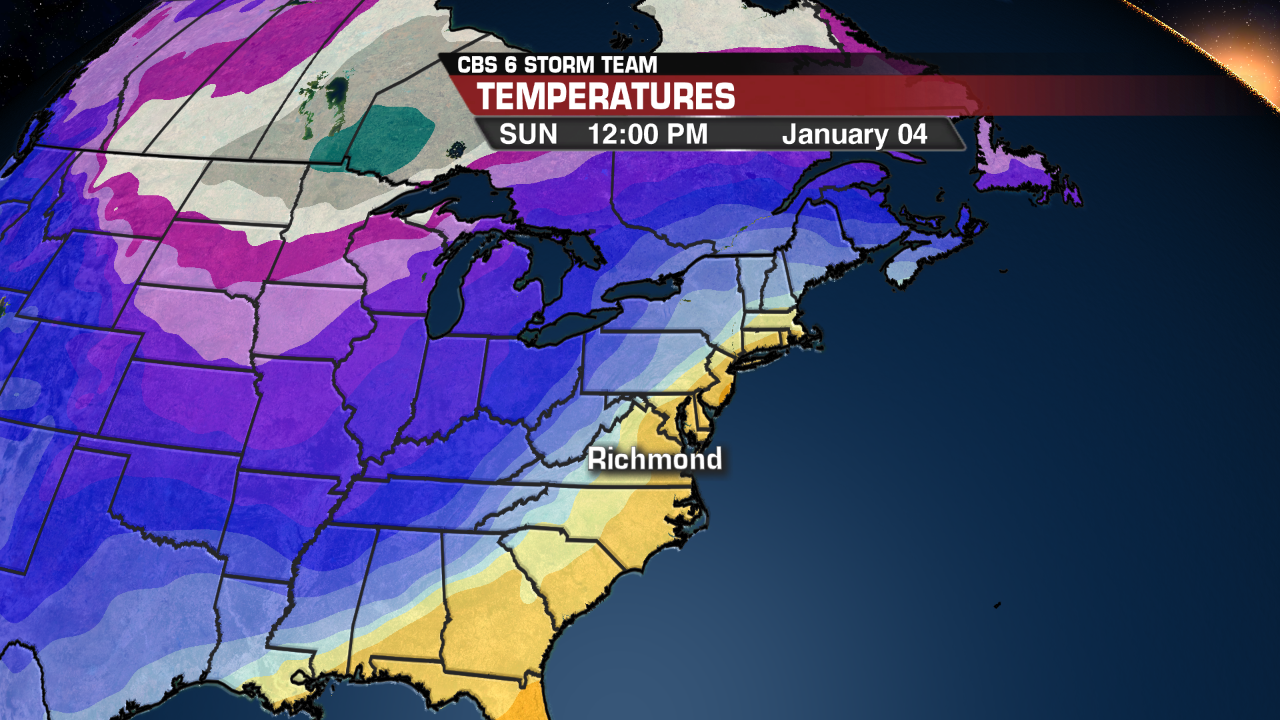 Sunday afternoon produced the warmest high temperatures since December 1 in the Richmond metro area.  After a damp, cool and foggy morning, temperatures jumped from the mid 40s to 70° ahead of a strong cold front.  The cold front passed through Richmond around 9 pm, with seasonably colder air behind it.

After seasonable highs for Monday and Tuesday, the arctic air we have been tracking for a few weeks now will travel into our area Wednesday afternoon into Thursday.  Temperatures will fall Wednesday afternoon, and lows by Thursday morning will be in the single digits and teens.  Afternoon highs will only recover to the low/mid 20s northwest, and 25° to 30° across southeastern Virginia.

The core of the arctic air will begin to lift out of the area later Thursday into Friday, allowing more seasonable temperatures to return for the end of the week.