GLEN ALLEN, Va. — Al and Esther Thompson’s home on Wendhurst Drive in Glen Allen has been among the must-see homes on the annual Tacky Light Tour for years. While fans of the Thompson’s Christmas light display may be used to seeing the home from the ground, very few have had a bird’s eye view, until now.

Photographer Daryl Watkins contacted the Thompson family and asked permission to shoot their Christmas house from the sky. The results are breathtaking.

“I wanted to give them (and the viewers) a better and more unique view of all that they have done,” Watkins,  who used a GoPro 4 Hero Black camera and Phantom 2 quadcopter to capture the video, said.

“I think it’s spectacular,” Al Thompson added. “We’ve been doing this for 16 years. The people who do things for us. Such good will.”

Thompson said Watkins shot 30 – 45 minutes of video and edited it down to a two-minute clip. 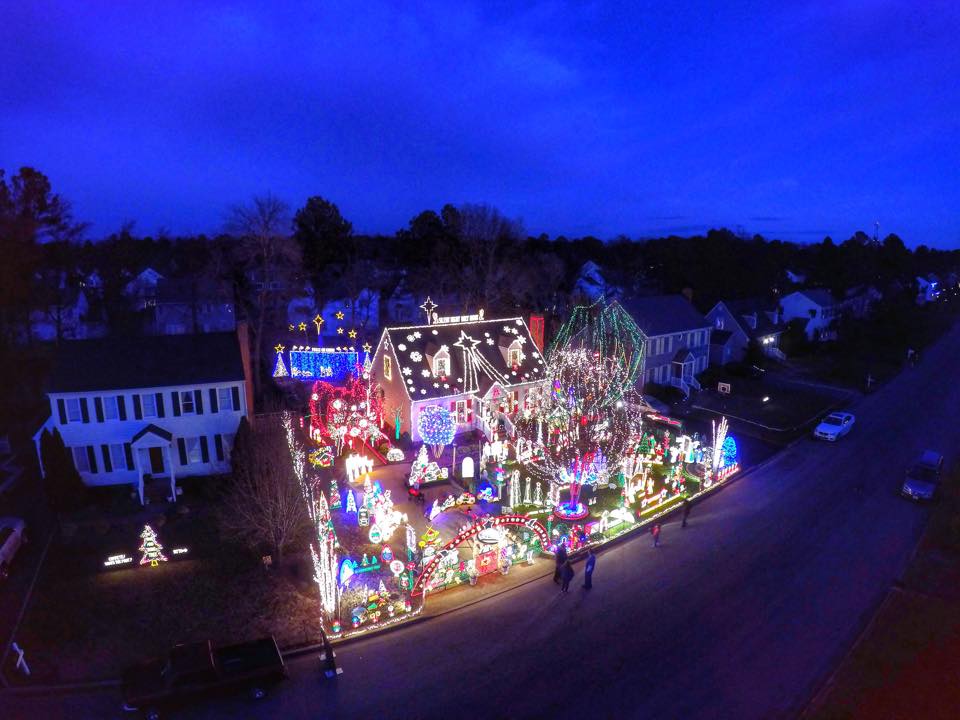 Thompson said he added 76 new homemade decorations to the display this Christmas. His display features nearly 800 homemade Christmas decorations. He said goes all out each year because he loves to design and build decorations and meet all the people who come to his home to see the display.

Thompson said he has spoken to visitors from all 50 states and more than 100 foreign countries.