Hammer-man breaks into stores and steals cigarettes in Chesterfield, Henrico

“At about 1:45 a.m. on Tuesday, Nov. 25, police were called to a convenience store in the 7400 block of Jefferson Davis Highway for a reported break-in. The business’ front glass door had been broken, and cigarettes had been stolen from the store,” a Chesterfield Police spokesperson wrote in an email. “Surveillance cameras captured images of the male suspect in the act.” 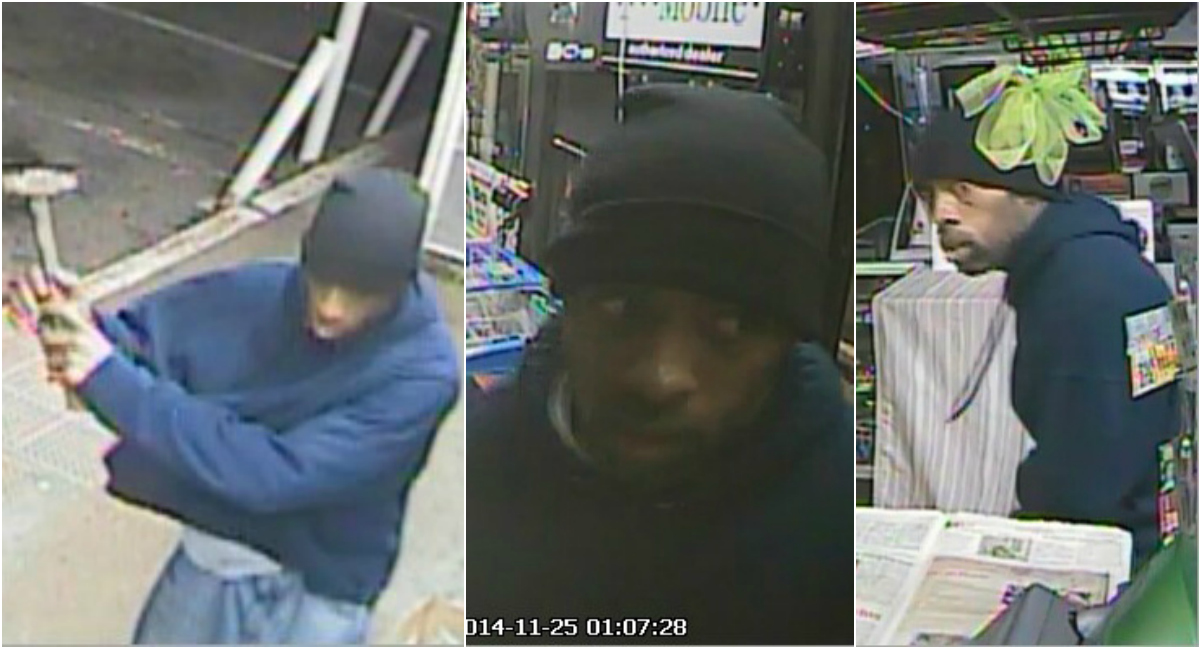 The man in the photos may be involved in the following burglaries:

“Cigarettes were stolen in each of the burglaries,” police said. “This suspect is also believed to be involved in four similar incidents in Henrico County, and Chesterfield and Henrico detectives are collaborating on these investigations.”