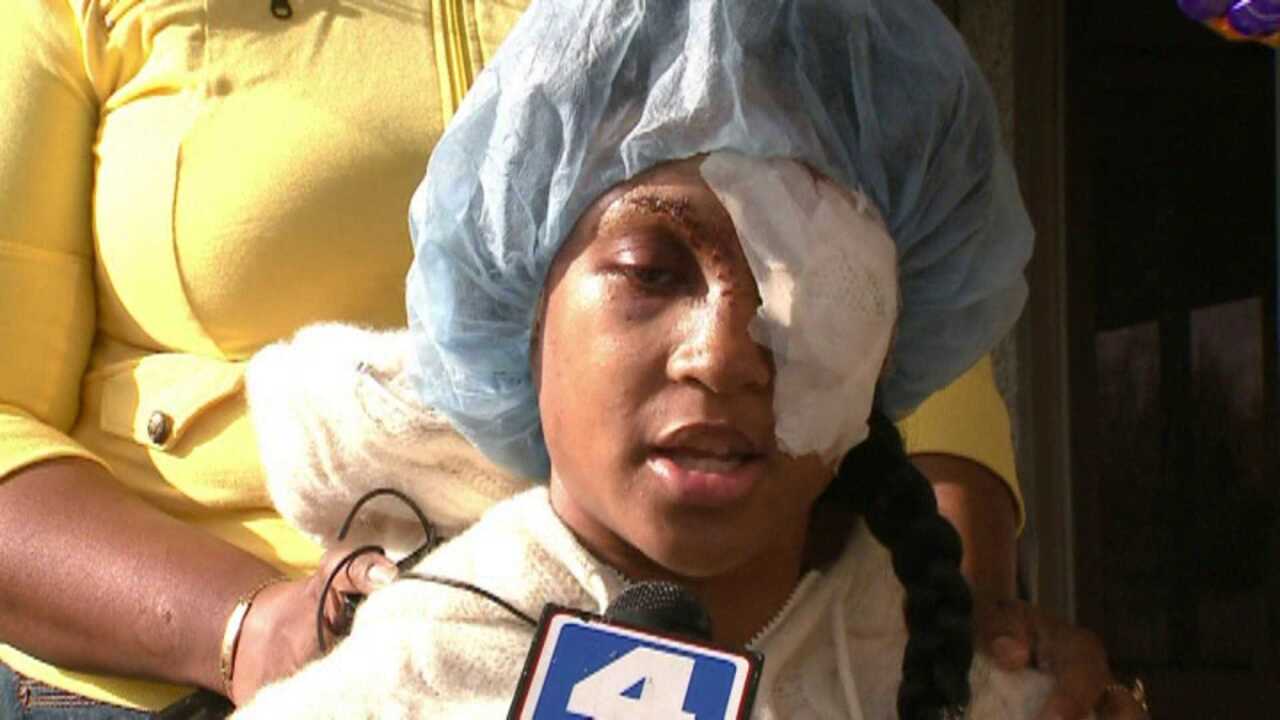 FERGUSON, Mo. -- This St. Louis woman's picture and story has spread through social media, she's now ready to talk about what happened to her shortly after the grand jury announcement was made in the death of Michael Brown.

KMOV reports that Dornella Conners is now blind in her left eye and can hardly see out of her right eye after her and her boyfriend, De'Angelas Lee, stopped at a gas station in the 10000 block of Halls Ferry early Tuesday morning. Conners says as she and her boyfriend were driving away from the station multiple police officers showed up.

"They pulled up while we were coming towards the street, De'Anglas was trying to get away, they blocked us from the side, front and back," Conners said.

Conners says her boyfriend was trying to drive around St. Louis County Police but police say he drove towards them. Police say the officer, fearing for his safety, used his less lethal bean bag round, striking the front passenger window causing it to shatter.

Conner went to another police officer who helped her get medical attention.

"I'm very upset, very disappointed with tactics that they used trying to get control of situation," said Donnell Conners, Dornella's father. "I understand tough job, I understand that it was chaos, there was no reason to fire upon innocent person sitting in a vehicle."

Police say Lee drove away but he was not the only one causing trouble at the gas station. Sixteen people were arrested on the lot and police say they still do not know who is responsible for firing numerous gunshots at the location.

Police say they have issued a warrant for Lee's arrest and set a bond for $50,000.