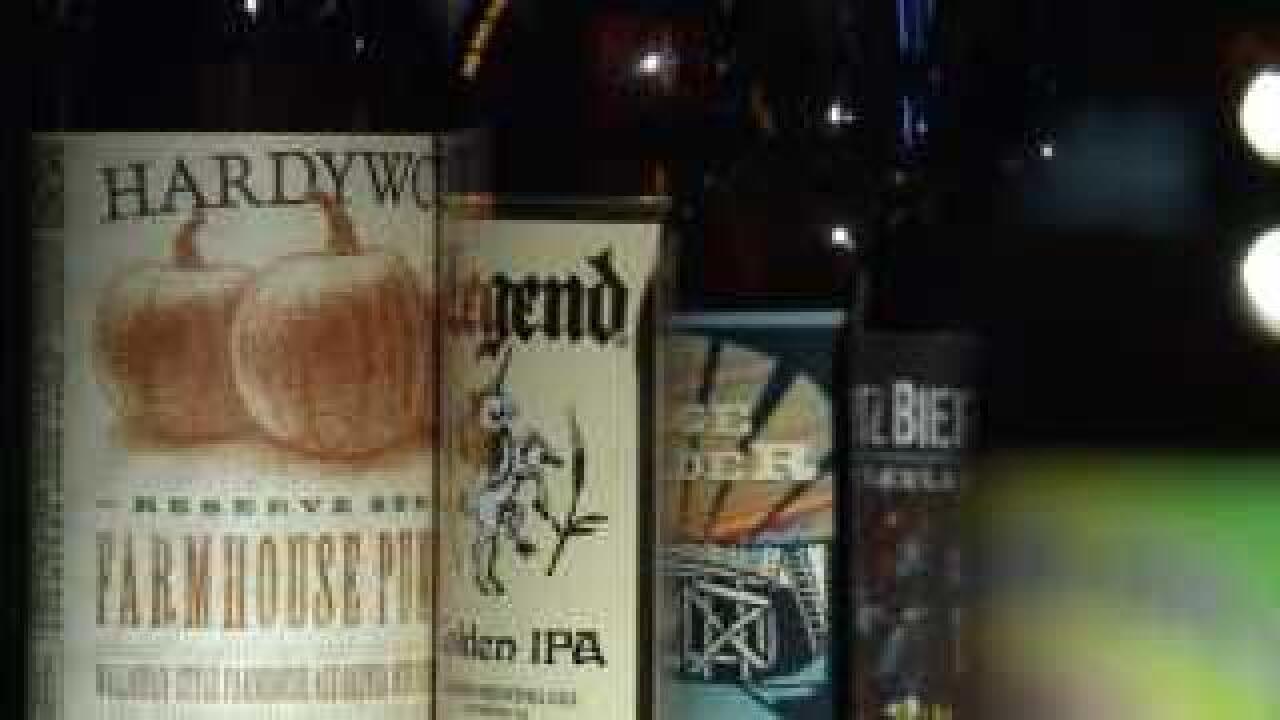 RICHMOND, Va. -- Richmond's love affair with beer stretches back centuries. Today there are a dozen licensed breweries in Richmond and that number is expected to climb.

"It is growing by the minute. I think there is a return to a time where people are excited to know their beer is made right down the street," Ardent Brewery founder Tom Sullivan said.

"It is getting people excited about the city itself," Gorman said. "I think that is one thing we can point to as an upward trend."

Richmond's reputation as a serious town for suds gained momentum when Stone Brewing Company announced it would build a massive East Coast brewery, restaurant and distribution center along the James River. Attracted by generous city and state incentives the San Diego-based craft beer behemoth will add jobs, and clout, to Richmond's hopping landscape.

"It is a really vibrant scene which happened organically," Gorman said. "That is what I like about it."

But the relationship between beer lovers, the city and civic leaders has not always been this cozy in the Commonwealth. Journalist Harry Kollatz, Junior said in the early 1900’s the city’s thirst for beer could not be quenched.

"Beer has been a part of Richmond’s fabric since before the really was a Richmond. It was an extraordinarily booming business," Kollatz said.

Churning out barrel after barrel day after day.

"One of the articles I read said there were three saloons on each city block on Main Street," Gorman said.

The ever-present beer coupled with hard liquor made the city a lively place, a little too lively for some.

"Richmond in the early part of the 20th century was a city of 200 saloons and 200 churches," Kollatz said.

Groups such as the Anti-Saloon League and Woman’s Christian Temperance Union wanted to stop the flow arguing that demon alcohol was the root of social evils ruining homes, families and fortunes.

"It was economic. It was social. It involved every human component in this city," Kollatz said.

Brewers, tavern owners and beer lovers were not turning the tap off without a fight.

"It is easy to see how in the city’s there is dramatic opposition to prohibition," Gorman said.

Then in 1914, after long-heated debates, the question boiled down to what voters wanted. Go dry or stay wet?

By a substantial two to one margin prohibition passed in September 1914.

"Virginia was two years ahead of the country. Voted to go dry," Gorman said.

"When midnight hit church Bells rang. And that was it. It was all over," Gorman said.

"It was a huge decision," hew said. "Well, it just took out some of the major businesses. The breweries and distilleries."

People still thirsting for alcohol were forced to go underground and that gave rise to gangs and criminal enterprises like smuggling spirits.

"Unfortunately, businesses sprung up, but they were illegal businesses," Kimball said.

But with the country in the throes of the Great Depression the pendulum would swing the other way.

"Many, many gallons of it were hoarded away in basements for private parties," Gorman said.

With the national repeal of prohibition in 1933, 17 long years after voting to go dry, beer started flowing again through Richmond. Breweries and bars would throw their doors open, but brewing would not reach the same fevered pitch till recently.

"It really speaks to the shortness of what can happen in 100 years," Gorman said.

In 2012, a change in state laws loosened the reins allowing entrepreneurs to brew and sell their liquid goods on site to beer aficionados and novices alike.

"It is coming back in a way where you once had your local saloon and now you have your local brewer," Kollatz said.

Lee Graves, author of Richmond Beer, said the craft beer revolution has fueled the economy and shows no signs of slowing down.

"These small craft brewers are creating jobs," Graves said. "They are creating revenue streams. They pay taxes. They’re paying utility bills. One thing is for sure. We will never go thirsty in Richmond. No."

The oldest micro-brewery in Virginia

"We are the oldest micro-brewery in Virginia," Gott said.

“It is a friendly group. We all get along. We all like each other," he said. "We’re kind of at the point to where we are an institution here."

The economic impact of the beer in Virginia industry is stout $660 million annually.

But signs of the dark drained chapter of Prohibition remain in Richmond. In the middle of Byrd Park you’ll find a fountain championing the anti-alcohol crusade in Richmond.

Gott said perhaps it’s only fitting that while the beer now flows freely in Virginia at this particular fountain you won’t find a drop of water.

Stone Brewing Company is expected to open its distribution center in the Fulton section of Richmond in late 2015 or early 2016. A Stone restaurant and beer garden will open a year after that.