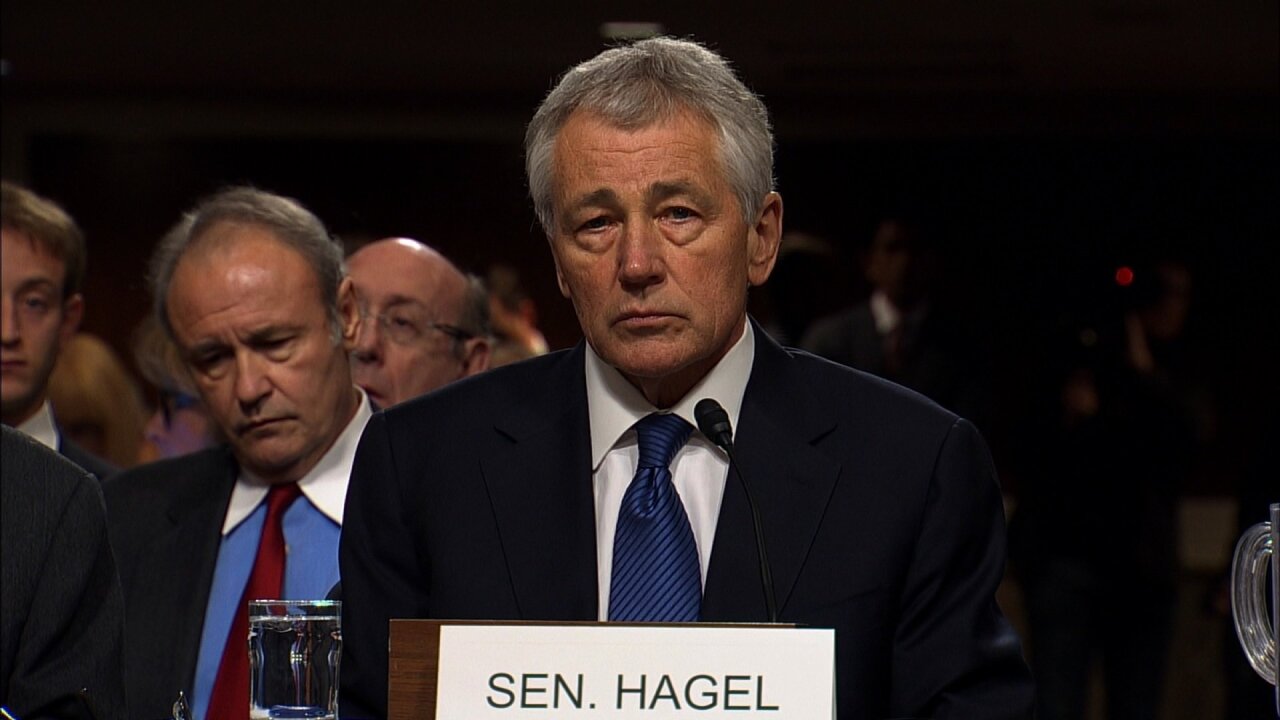 The Senate Armed Services committee hearing on the nomination of former Sen. Chuck Hagel, (R) Nebraska, to be Secretary of Defense begins on Thursday morning, January 31, 2013.

WASHINGTON — Defense Secretary Chuck Hagel will step down from his position at the request of President Barack Obama, who is seeking to reassure critics of his foreign policy with the move, a senior administration official confirmed to CNN Monday.

The New York Times reported Monday that Obama is expected to appear in the Rose Garden on Monday to announce Hagel’s resignation, having asked him to step down last Friday.

The move, White House officials told the Times, was meant to acknowledge that the new national security threats facing the nation — most notably the rise of the Islamic State in Iraq and Syria — call for different capabilities than those possessed by Hagel.

“The next couple of years will demand a different kind of focus,” an administration official told the paper.

A critic of the Iraq war, Hagel was brought on to oversee withdrawal from Afghanistan and a smaller Pentagon budget than ever before.

Hagel wasn’t fired, a White House official told the Times, but rather mutually agreed with the president that it was time for him to go. But Hagel’s aides have said the Defense Secretary, the last remaining Republican on Obama’s national security team, had planned to serve out his full four years in office.

Hagel, a former Republican Senator from Nebraska, has been in office since February 2013.