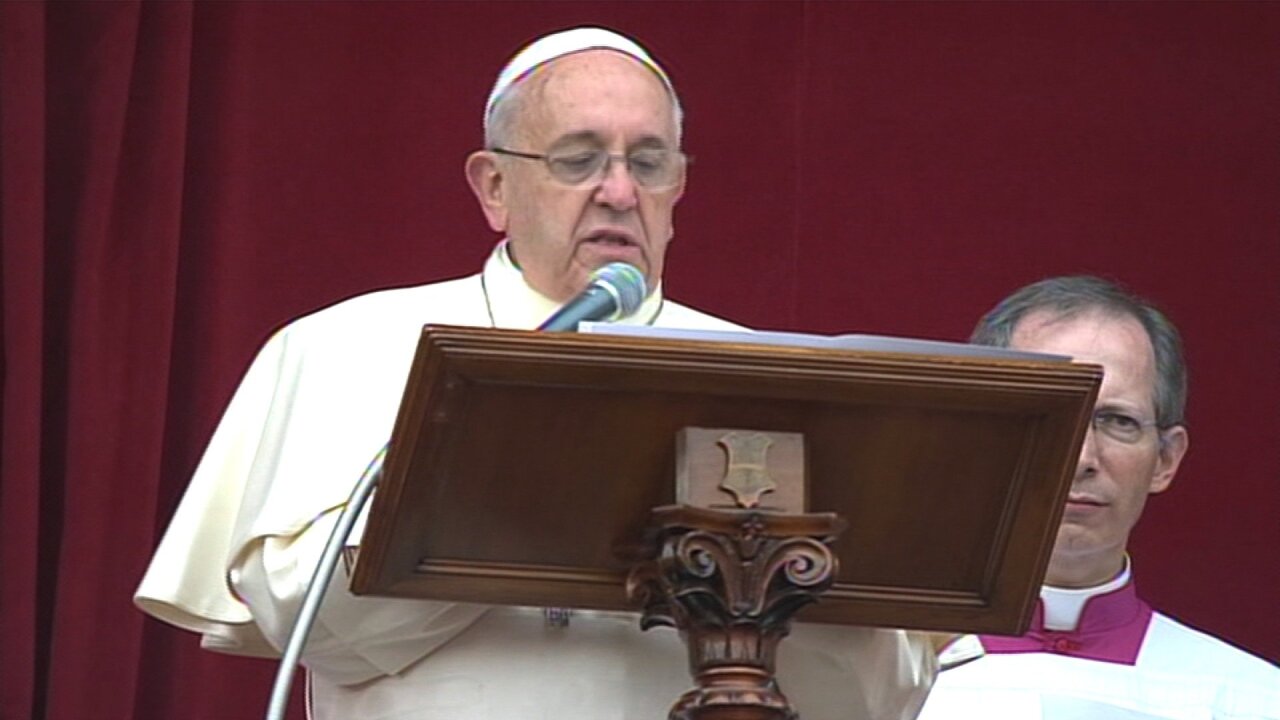 Pope Francis told tens of thousands of people gathered in front of the Vatican on Christmas morning, December 25, 2013, where he wants that peace to happen — in Syria, South Sudan, the Central African Republic and the Holy Land.

ROME (CNN) — Pope Francis is to make his first trip to the United States as the head of the Catholic Church in September, the Vatican said Monday.

He will travel to the World Meeting of the Families, said Vatican spokesman the Rev. Federico Lombardi. The Catholic public event, which celebrates the family as the basic building block of society, is to be held in Philadelphia next year.

“It is the answer to the countless prayers of so many people who have asked God to guide Pope Francis to Philadelphia, the culmination of many months of hopeful anticipation, and the fulfillment of my own confidence that the Holy Father would grace us with his presence next year,” Philadelphia Archbishop Charles Chaput said in a statement.

At a news conference, Philadelphia Mayor Michael Nutter heralded the occasion as “something truly to be excited about.”

“Pope Francis has demonstrated grace, vision and wisdom in these first few years of his papacy,” the mayor said. “He’s been committed to building consensus, embracing diversity and celebrating faith. We must follow his example and work to encourage and engage with others in the same way.”

The trip will make Francis the fourth reigning Pontiff to visit the United States, the World Meeting of the Families said.

The challenges that families face in modern times have been a hallmark topic for Pope Francis.

He is to hold a Mass on Philadelphia’s broad central city avenue, Benjamin Franklin Parkway, on September 27.

World of the Family Meetings were instituted by St. John Paul II and have taken place every three years, starting with the first one in Rome in 1994.