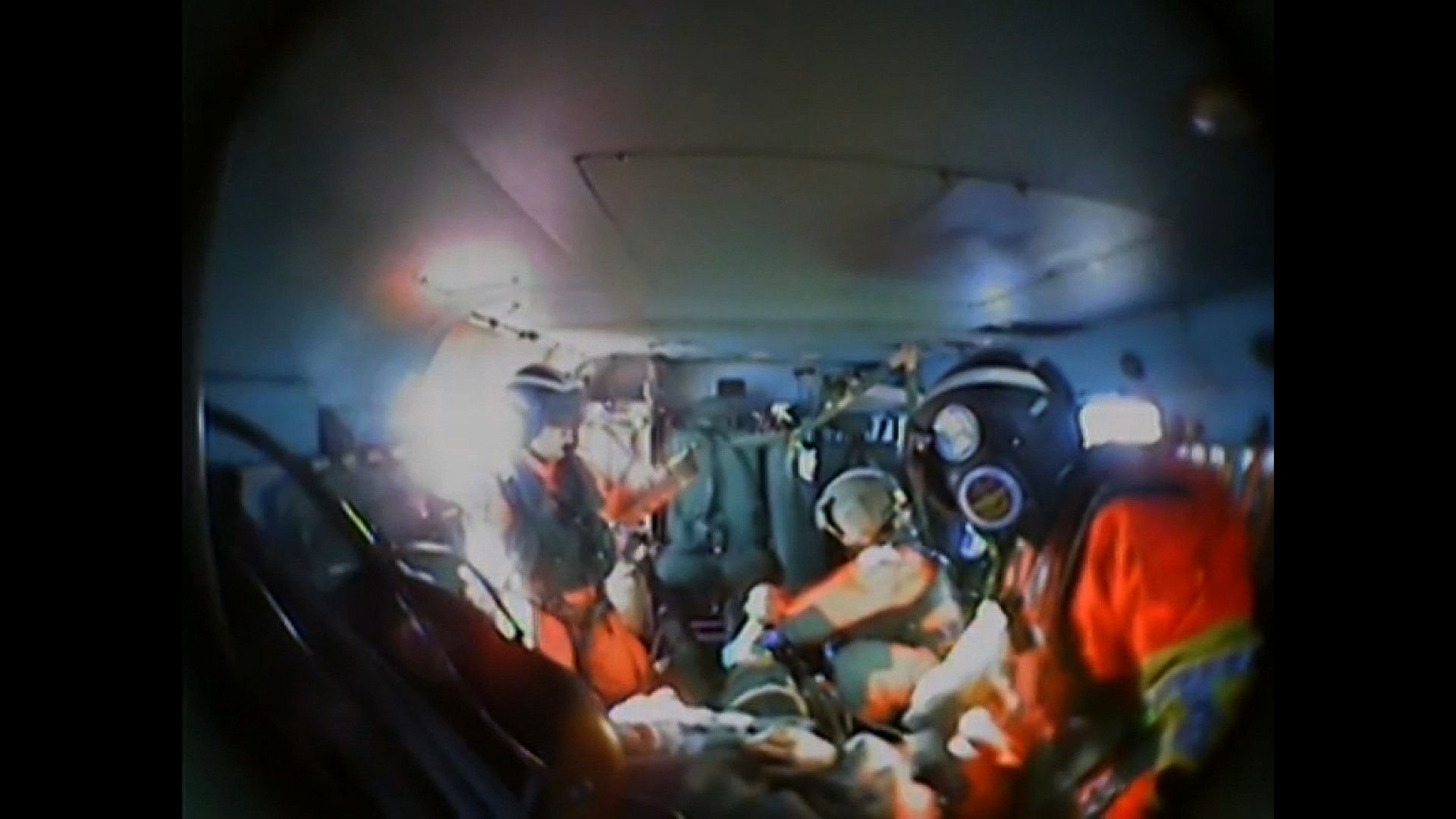 Coast Guard rescuers airlifted a hunter from a remote Alaskan island after he was mauled by a group of bears.

The bears attacked the 65-year-old man and his hunting party, who were carrying a deer that they had shot on Sally Island, the Coast Guard said in a statement.

It said five bears took part in the attack Tuesday, describing their numbers as unusual.

The alarm was raised by a master of a fishing vessel who had dropped the hunters off on the island and was waiting nearby for them to come back.

He told the Coast Guard that the injured man needed immediate medical assistance. None of the other hunters were hurt.

“The fact that there were five bears was an abnormality and this serves as a reminder that anything can happen and we need to be aware of our surroundings,” said Lt. Joseph Schlosser, operational unit watchstander for the Coast Guard 17th District.

The injured hunter was flown to Kodiak Municipal Airport and then handed over to emergency medical services, the Coast Guard said.

In May, a woman jogging at an Air Force base in Alaska survived an attack by a brown bear sow defending its two cubs.