This photo was sent to us as well -- said to be taken from south #RVA fire. #breaking pic.twitter.com/50371Wlnsh

The fire has been contained to two warehouses, the Richmond Fire Department said via social media. No injuries have been reported.

Crews arrived to the scene at 7:07a.m., and immediately declared the fire a working incident.

Units began an interior attack but because the building is a plastic recycling plant, crews moved outside and a 2nd alarm was called according Richmond Fire.

At 7:49a.m., the fire was declared a three alarm fire, after the roof and sides of the building began to collapse.

As smoke rose over Richmond, CBS 6 viewers reached out via Twitter to ask about the plume of black smoke visible south of the James River.

We are working to determine what's on fire in South Richmond (via @chrisrayRVA) pic.twitter.com/kBplSWsYKn

The tips started to come in via Twitter at about 8 a.m.

Another view of the South Richmond fire (via @BuReUh) pic.twitter.com/TntEv5dRjo 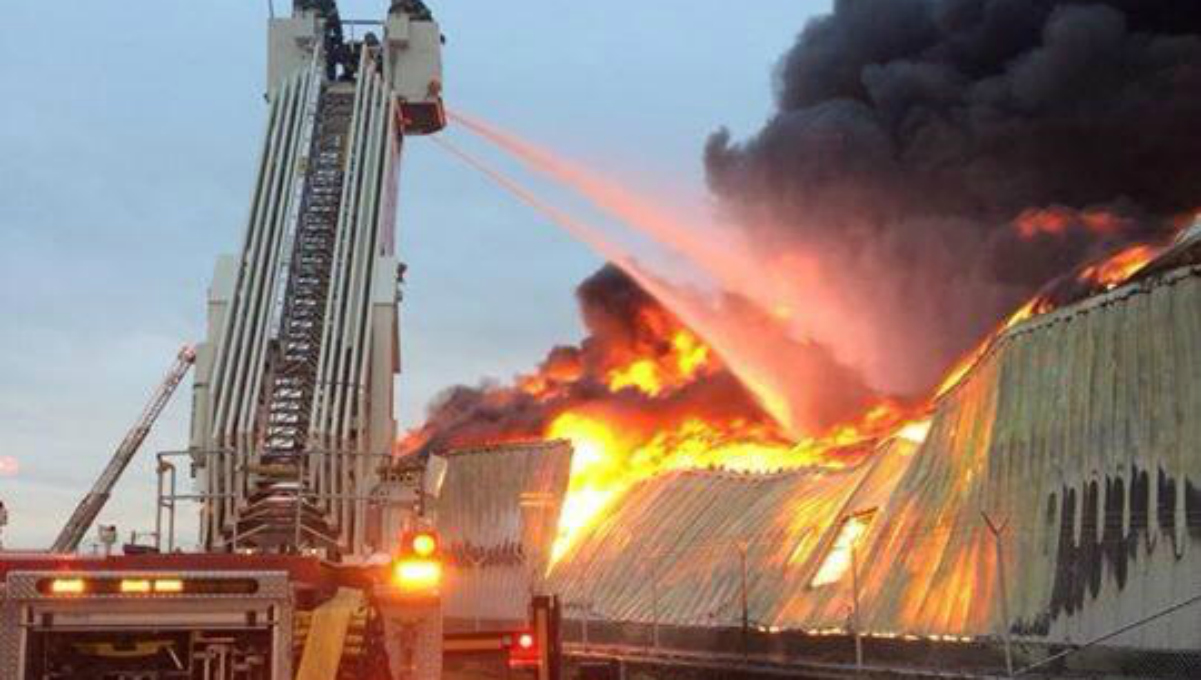