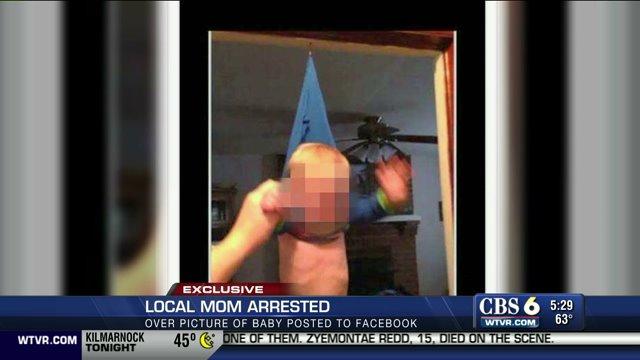 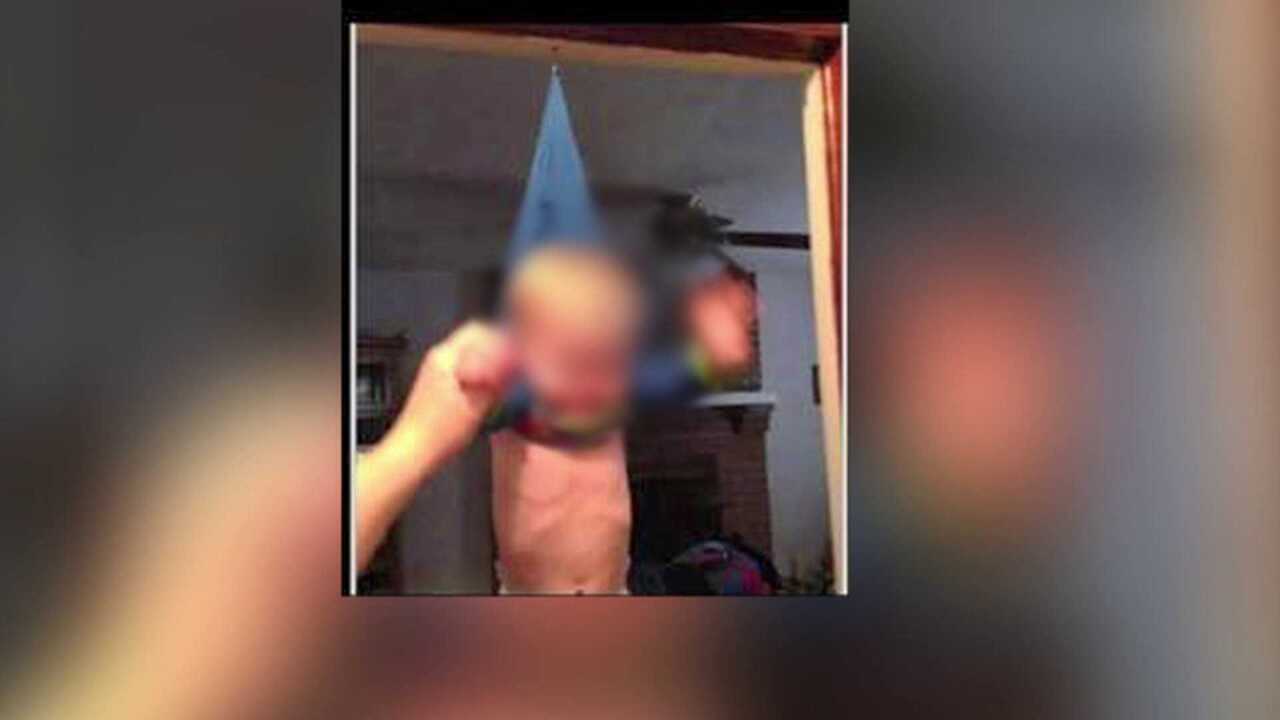 SPOTSYLVANIA COUNTY, Va. -- A picture of a 14-month-old boy posted on Facebook shows the Spotsylvania toddler suspended in the air hanging by his twisted t-shirt. The boy is hanging from a door frame crying and obviously uncomfortable.

Investigators said they heard from numerous people who were horrified to see a picture on social media of boy dangling in the air from a door frame. The boy was hanging by his twisted tee shirt and appeared to be scared and crying.

“We had it assigned to a criminal investigation detective through the child victim unit. When she responded, she did an investigation and found that it wasn’t a nail, it was actually a planter hook that the child was hanging from. But the child was absolutely fine,” Sgt. James Konicki with the Spotsylvania County Sheriff's Office said.

According to sheriff’s office investigators, the picture was taken between Sept. 1 and Sept. 10 by the child’s mother.

The toddler's mother, identified as 18-year-old Alexis Breeden, turned herself in Thursday afternoon after a felony warrant was issued for her arrest.

Konicki said the photo came to their attention when several people posted the picture of the little boy on their Spotsylvania County Sheriff’s Office Facebook page.

“The baby’s father and mother had an argument and in retaliation the father posted this on Facebook to get the mother in trouble" Konicki said, adding that the father of the child was not involved in the alleged abuse.

People on Facebook blasted the mother and even posted the picture to our CBS 6 Facebook page asking us to find out more.

That female victim was identified in General District Court documents as Breeden’s parent. In that case, Alexis Breeden was ordered by a judge to complete anger management courses and undergo a mental health evaluation.

Breeden is also due in court next month for a separate charge that she violated a protective order. In an entry on Breeden’s own Facebook page, she lashed out at people criticizing her.

“The cops came to my house twice last night and saw that he was fine. They think this was immature and dumb of me but he saw I was playing and no one needs to know everything going on because some of you aren’t parents and no one knows the full story. Mind your own f******business,” the post reads.

Not many followers or investigators in Spotsylvania believe it’s a laughing matter.

“It’s heartbreaking. You don't ever want to see a child victim. It’s harder to handle than if it was an adult” Konicki said.

CBS 6 News reached out to Breeden at the home address that was listed on court documents, but no one was there.