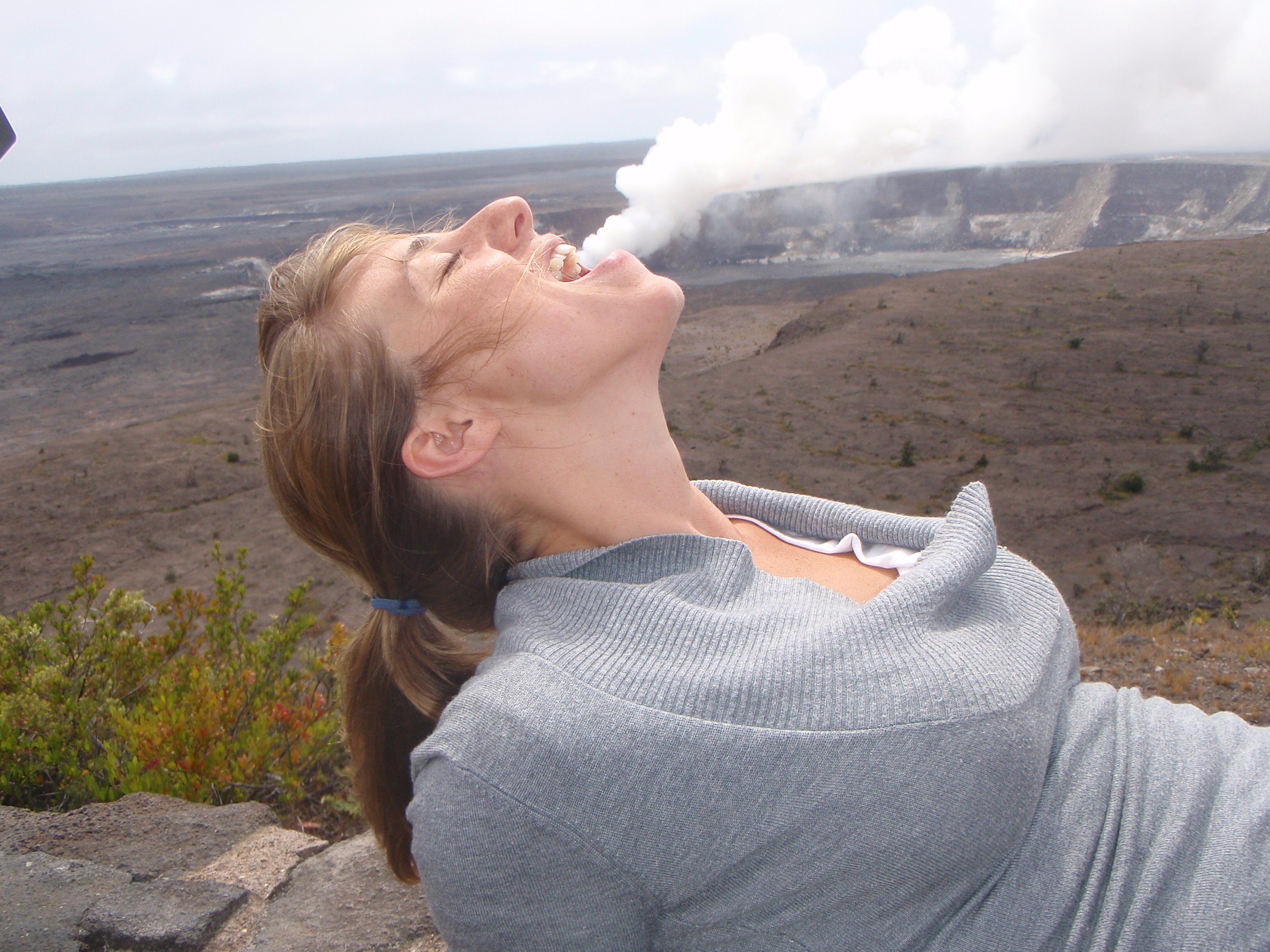 It all started when she kissed the Great Sphinx of Giza.

Bored with taking the same, tired poses at monuments on their trip to Egypt in 2010, Alla Shubina and her husband began tinkering with perspective to create clever, funny photos. They left Egypt with some memorable pictures and the start of a new travel tradition.

“The tour guides take you to certain areas to take pictures, like half an hour at the same place. You don’t want to get bored with your pictures,” said Shubina, a Ukrainian native living in New Jersey. “This brings a little bit of change and fun to picture taking.”

This style of photography, called forced perspective, uses optical illusion to make objects appear closer or farther than they really are. Google “Bolivia salt flats” and you’ll see scores of photos showing exactly what we mean.

To create images like these, you have to be willing to look funny sometimes. It’s something Shubina and her husband have grown used to doing.

While taking photos in Egypt, they noticed people watching them. The same happened at Half Dome at Yosemite National Park in 2012, when Shubina put up her arm to push the granite mountain. People looked at them in a questioning way, wondering what the couple was doing, she said.

“I think I’m a bit too young for him,” says Alla Shubina, who kissed the Great Sphinx of Giza during her 2010 trip to Egypt. Click the arrows to see a collection of forced perspective photography from travel destinations around the world.

Her husband knows the feeling.

“I’m the one who says move over a little bit, put your arm up,” said photography enthusiast Christopher Stens. “People just kind of look at me like, ‘What are you doing?'”

Stens is the behind-the-scenes guy, the visual thinker. His biggest tip for other forced perspective photographers is to be “open and free” while posing and to follow whatever “quirky vision” you may have. “Alla’s the inspiration. She’s my muse,” he said.

“We have so many more [photos] where we missed the mark,” Stens said. “Out of the 100 you take, you have a couple that are really cool — other than you just standing in front of the monument.”

But the couple isn’t in it for the perfect shot.

“It’s part of our trip. It’s something which we can do together,” Shubina said of the four-year tradition.

Stens agreed. “The important part for me is having fun with Alla.”