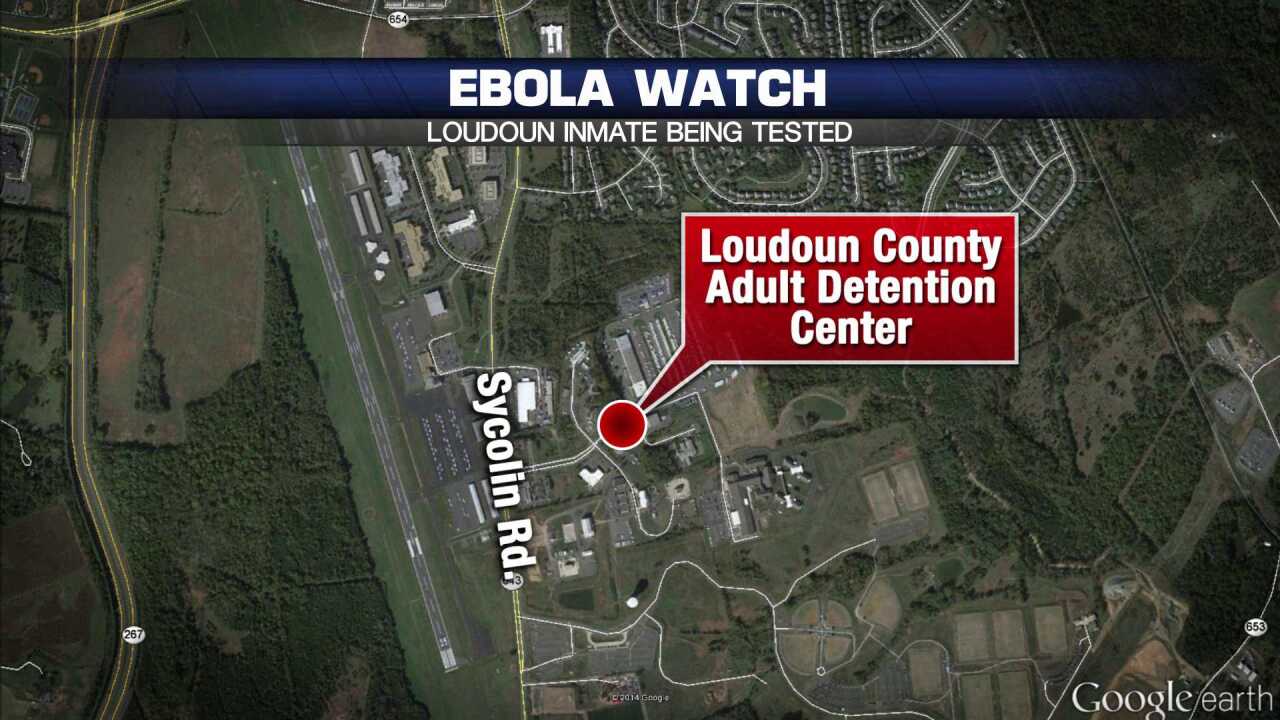 LOUDOUN COUNTY, Va. -- Officials now say A Loudoun County inmate who traveled from Ebola-stricken areas of West Africa is not a risk to others.

The woman, who was arrested when she arrived at Dulles International Airport on Monday, was taken to a hospital Thursday as a precaution after coming down with a fever.

The woman was being held at the county's Adult Detention Center as she awaited extradition to face charges in Maryland.  Officials said that because the inmate had traveled from a high-risk area known for Ebola outbreaks within the past 21 days, the inmate was isolated and monitored at the ADC as a precaution.

But when the woman came down with a low-grade fever, medical staffers opted to transfer her to a hospital as a precaution. Loudoun County Fire and Rescue, which included medical and hazmat support units, along with members of the health department, were on hand as she was transported to Inova Lansdowne Hospital.

“As a precautionary measure, because she traveled from a high-risk area known for Ebola outbreaks, that inmate had been isolated and monitored at the ADC since her arrival on Oct. 13,” Loudoun County Sheriff Mike Chapman said.  “This morning, after consultation with Dr. David Goodfriend, the Director of the Loudoun County Health Department, the inmate was taken to INOVA Loudoun Hospital Lansdowne, after showing a low-grade fever.”

Loudoun County Fire Chief W. Keith Brower said the county’s first responders have been preparing for weeks for the possibility of an Ebola-infected patient and they were readyl.

“Out of an abundance of caution, we did utilize a lot of resources, including a Medical Unit, Haz Mat (Hazardous Materials) Support, and BLF (Basic Life Support) Unit,” said Brower. “Interestingly, when we got the call, I was in a meeting on region-wide Ebola preparedness planning.”

However, doctors did not end up testing her for Ebola because they said she did not meet the necessary criteria.

The woman was originally screened by the CDC when she arrived in the country, but was given a clean bill of health and then sent to the detention center.