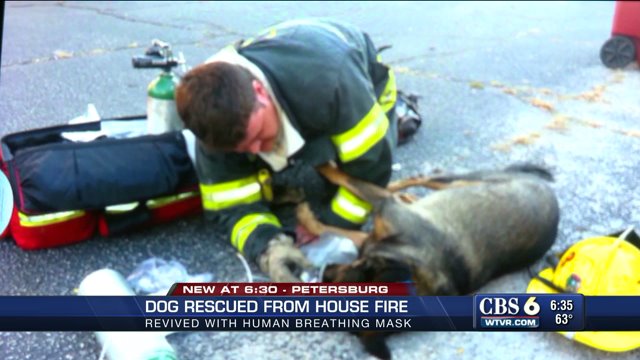 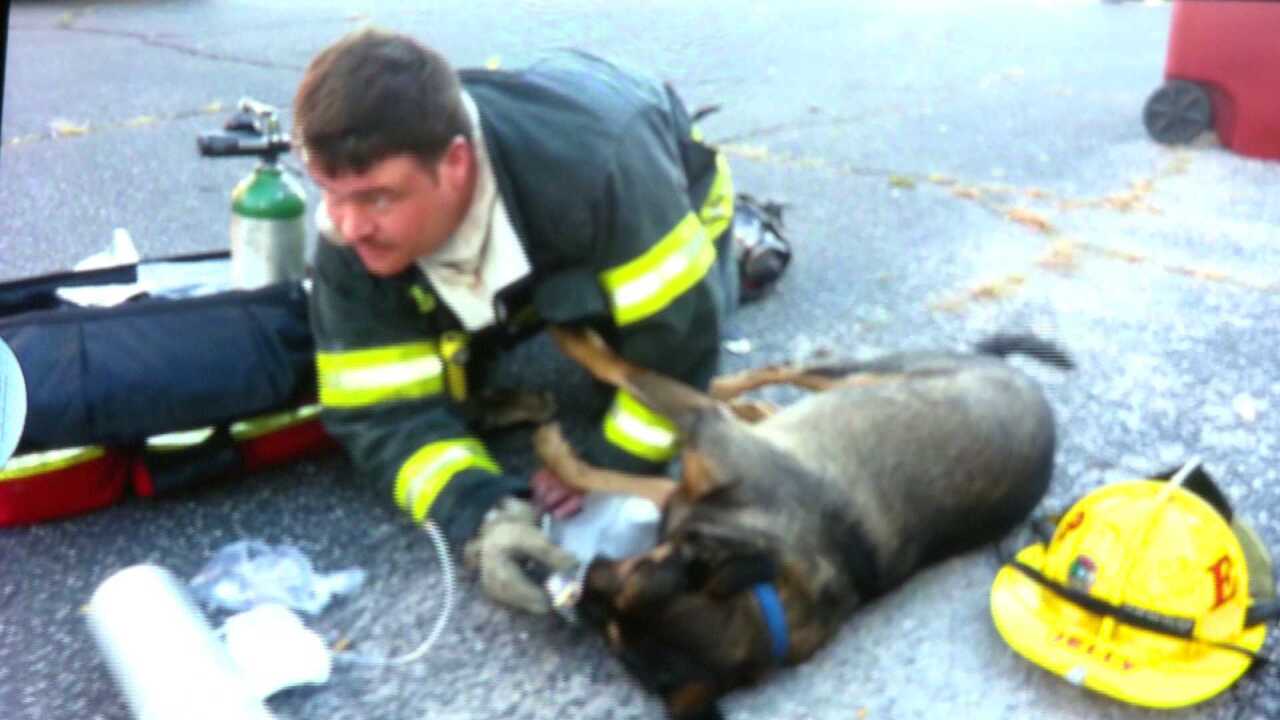 PETERSBURG, Va. -- Firefighters and paramedics said they witnessed a miracle while crews were battling a blaze a Petersburg home Thursday.

After pulling a woman to safety, firefighters Kevin Roberts and Mark Allen brought out a dog they believed was on the brink of death.

"When I first saw the dog, I really thought the dog was deceased," said Southside Virginia Emergency Crew  Paramedic Bubby Bish about the German Shepard mix that was carried out of the burning home.

The paramedic watched as the dog was laid in front of firefighter Josh Moore, who quickly recognized that the dog had gone into "respiratory distress."

Moore said that was when both men made a split-second decision to try to save the nearly 90-pound dog's life even though they didn't think he would make it because he wasn't moving.

"I figured being a large dog like he was, an adult mask should work for him and I could get it over his snout, hold it there and keep him going," Moore explained.

More said he administered a large amount of oxygen to "Keiser." At first, the dog showed no sign of responding to the treatment. However, then "Keiser" began to respond.

"It felt like it took forever, but I'm thinking it took maybe five to eight minutes he finally started to move and wag his tail," Moore explained.

Bish said he had never seen anything like it in his 48 years as a paramedic. He said Josh did a great job and in his opinion is a hero.

"Keiser" was taken to an animal hospital and released Saturday.

The dog's owner remains at VCU Medical Center in the ICU with second-degree burns.

Petersburg Animal Control will take care of "Keiser" until his owner is out of the hospital and able to come get him.

Bish said that as a result of Thursday's rescue, he has ordered some special masks designed for animals to be placed in all of  Southside Virginia Emergency Crew's ambulances.

SHARE this story on social media for your friends who LOVE good news!
Copyright 2020 Scripps Media, Inc. All rights reserved. This material may not be published, broadcast, rewritten, or redistributed.