Firefighters  responded to  the scene around 6p.m.,  for the report of a tractor trailer on fire according to Henrico Fire.

When units arrived they found a tractor trailer on the side of the road with the tractor portion fully involve in fire.

The trailer suffered minimal damage and was empty at the time of the fire.

The fire destroyed the tractor portion of the vehicle;

The cause of the fire is due to when the driver’s front tire blew. The driver was able to bring the trailer under control and pull it off to the side of the road. Upon exiting the vehicle he noted the front wheel on fire.

He attempted to extinguish the fire on his own with a small extinguisher, but was unsuccessful. 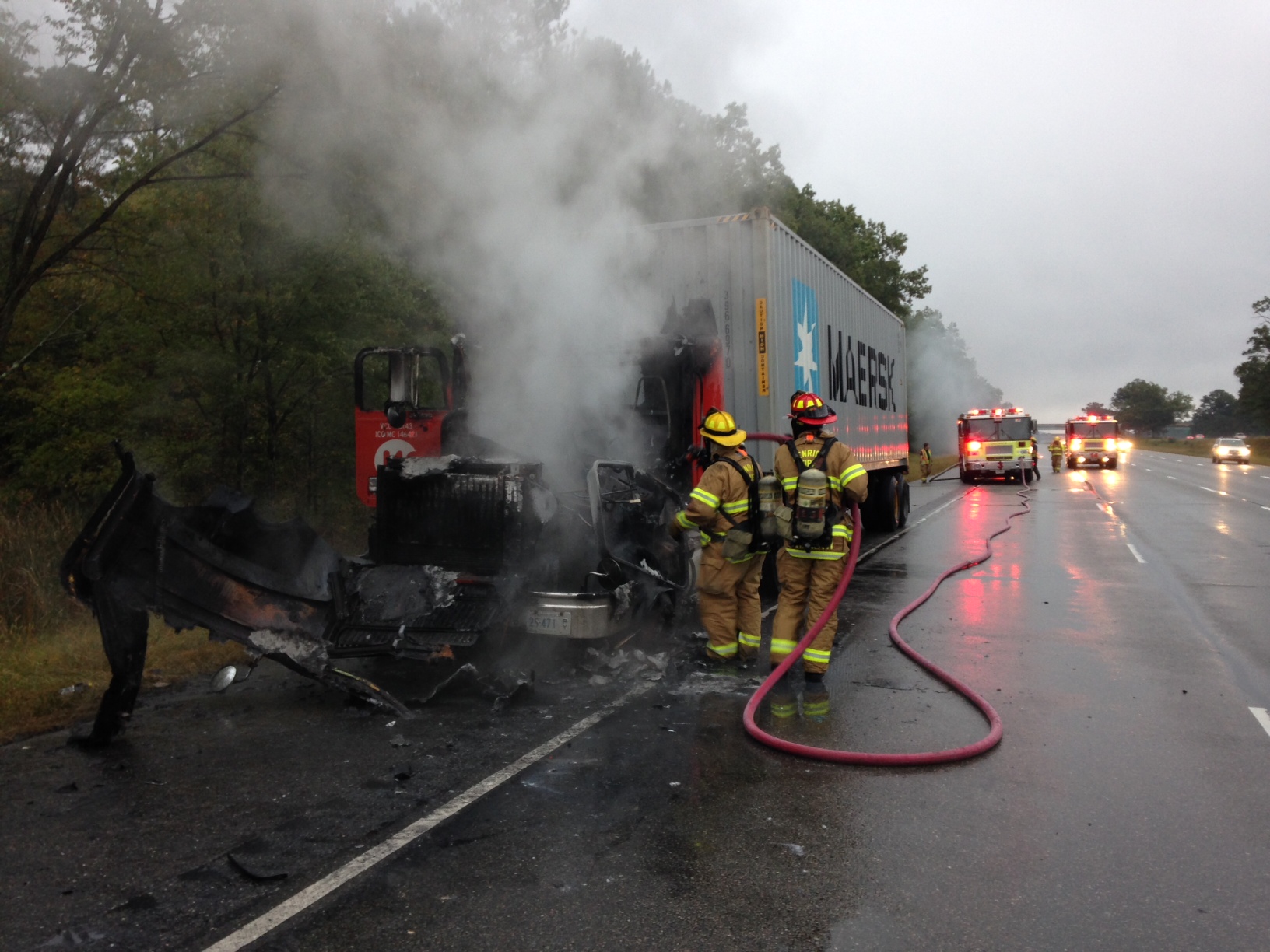