Protesters took to St. Louis streets for a second night Thursday after an off-duty officer killed a teen who fired at him three times, authorities said.

Chants of “no justice, no peace” rang into the night as crowds rallied after the Wednesday evening shooting. “We pay you. You’re our employees!” a protester shouted.

Protesters also burned at least one American flag, CNN affiliate KSDK reported. That didn’t go over well with some.

“These protesters in Saint louis burning American flags makes me sick,” Twitter user AllenVA75 posted. “brave men and women in uniform died for that flag, and they burn it?” 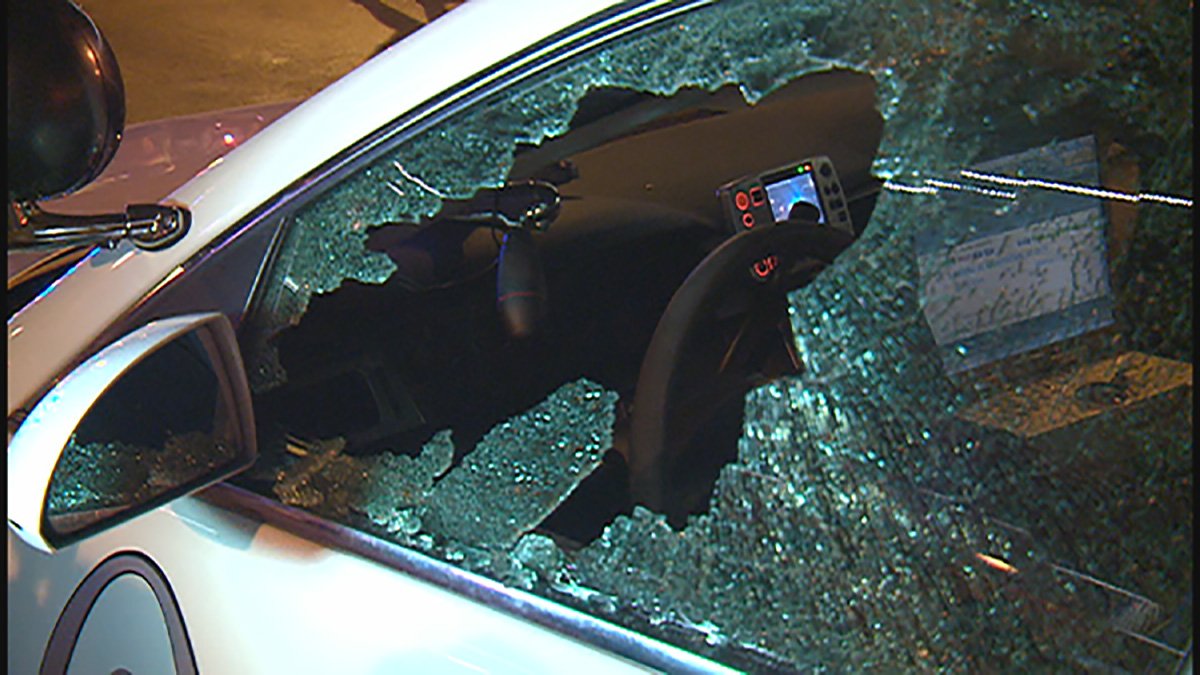 But others defended the burning.

Twitter user PontifexMonty said “people really getting mad that they’re burning the flag in St. Louis. not about the black teens that are dead, the burning flag.”

“All but one gunshot wound were to the lower extremities,” Graham said. “The one fatal wound was to the head.”

Police said the teen fired a pistol three times at an off-duty St. Louis officer who was wearing his uniform while moonlighting for a security company. The officer fired back 17 times, authorities said.

Angry protesters pointed out similarities to the August killing of Michael Brown in nearby Ferguson.

Myers and Brown were both 18, African-American and killed by white police officers. One big difference: Police said Brown was unarmed.

“It’s a clear case of this young man being gunned down by an insensitive white officer who was off-duty,” Akbar Muhammad, who also is a member of a coalition calling for the officer who shot Brown to be prosecuted, told CNN affiliate KTVI.

Without video of the incident or unbiased witnesses, the police and the public must rely on physical evidence, he said. A 9 mm pistol allegedly fired by Myers was found at the scene, police said. It was jammed, which shows that it had been fired, Bruntrager said.

But Van Jones, a civil rights activist and CNN contributor, said there’s a lot of police mistrust after the Brown killing.

“You’re seeing a wholesale breakdown of trust,” he said.

The officer, a six-year veteran who has not been named, was placed on administrative leave. He served two tours of duty with the military in Iraq and was awarded a Bronze Star and a Purple Heart, Bruntrager said.

While on patrol, the officer saw three men run away as he approached, Dotson said. He chased them after one held up his pants in a way that made the officer believe he may be carrying a gun, Dotson said.

The officer tussled with one teen, who ran off, then turned around and fired at least three shots toward him, Dotson said.

Additional marches are planned over the weekend around the St. Louis region, organizers said.