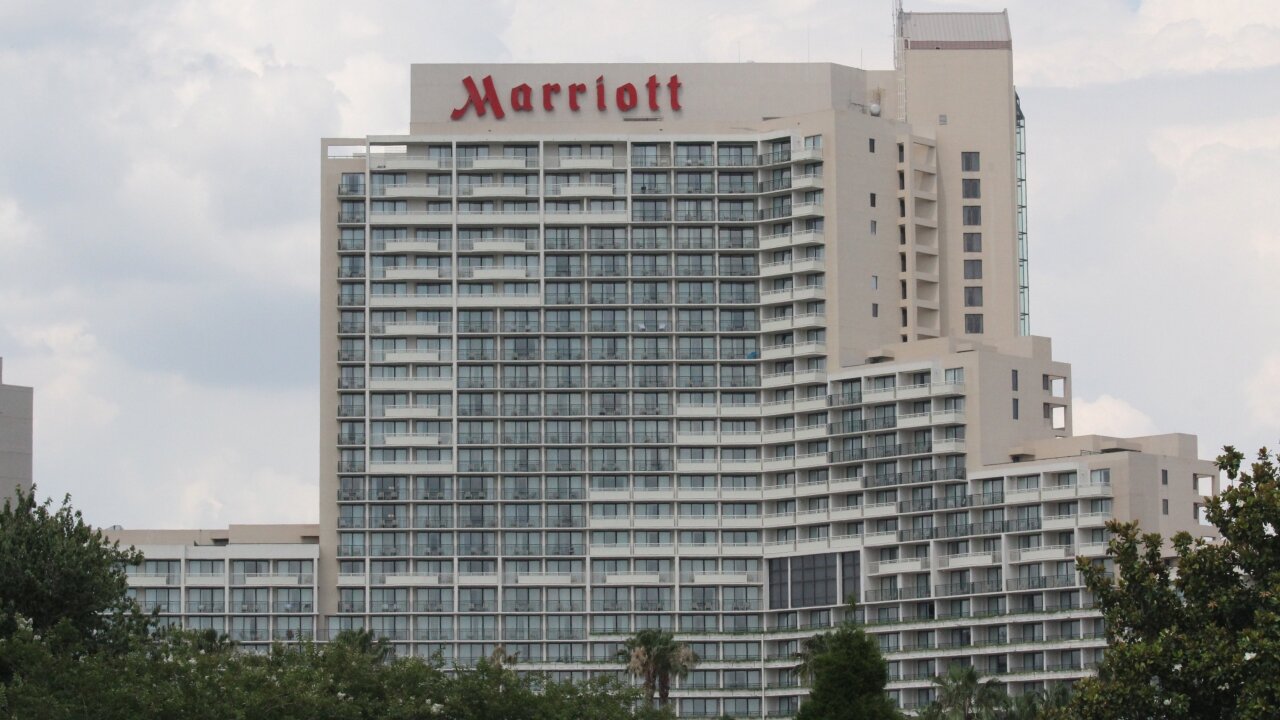 VA conventions in 2011 took place at the Marriott World Center in Orlando Florida.

No, it’s not just a conspiracy theory. It turns out the federal government is concerned about it, too.

Marriott has agreed to pay a $600,000 fine after the Federal Communications Commission found the company blocked consumer Wi-Fi networks last year during an event at a hotel and conference center in Nashville.

At the same time, Marriott was charging exhibitors and others as much as $1,000 per device to access the hotel’s wireless network, the FCC announced Friday.

“Consumers who purchase cellular data plans should be able to use them without fear that their personal Internet connection will be blocked by their hotel or conference center,” FCC Enforcement Bureau Chief Travis LeBlanc said in a statement.

Federal law prohibits people from using a device that interferes with cellular, GPS or wireless networks.

It’s the first time the FCC has investigated a hotel property for blocking its guests’ Wi-Fi, according to a senior FCC official with knowledge of the investigation. The unlawful blocking isn’t “jamming” in the traditional sense, where someone uses a jammer device to block wireless signals. Instead, Marriott employees were using the hotel’s own Wi-Fi system to block other people’s hot spots, the FCC official said.

Under the FCC consent decree, Marriott must not block guests’ Wi-Fi at all of the properties it owns and manages. The company must also file compliance plans with the FCC every three months for three years.

A federal investigation of the Gaylord Opryland Resort and Convention Center in Nashville found that Marriott employees had used “containment features of a Wi-Fi monitoring system” at the hotel to prevent people from accessing their own personal Wi-Fi networks.

“It is unacceptable for any hotel to intentionally disable personal hot spots while also charging consumers and small businesses high fees to use the hotel’s own Wi-Fi network,” LeBlanc said. “This practice puts consumers in the untenable position of either paying twice for the same service or forgoing Internet access altogether.”

“Marriott has a strong interest in ensuring that when our guests use our Wi-Fi service, they will be protected from rogue wireless hot spots that can cause degraded service, insidious cyber-attacks and identity theft,” the statement said. “Like many other institutions and companies in a wide variety of industries, including hospitals and universities, the Gaylord Opryland protected its Wi-Fi network by using FCC-authorized equipment provided by well-known, reputable manufacturers.

“We believe that the Opryland’s actions were lawful. We will continue to encourage the FCC to pursue a rulemaking in order to eliminate the ongoing confusion resulting from today’s action and to assess the merits of its underlying policy.”

In March 2013, the FCC received a complaint from someone who had attended an event at the Gaylord Opryland and claimed the hotel was “jamming mobile hot spots so that you can’t use them in the convention space,” the FCC statement said.

Blocking a traveler’s personal Wi-Fi will only serve to aggravate hotel guests further, said Benet Wilson, who blogs about travel at AviationQueen.com.

“Travelers are already annoyed that higher-end hotels continue to charge for subpar Wi-Fi, which is why they bring their own,” Wilson told CNN.

“So it’s really galling when you hear of a company like Marriott, which has a good reputation that does something that causes a major inconvenience to its customers. And the fact that they profited off of their customers in such a blatant way also doesn’t help.”

Marriott and its brands operate more than 3,000 hotels in the United States, according to the company’s website.