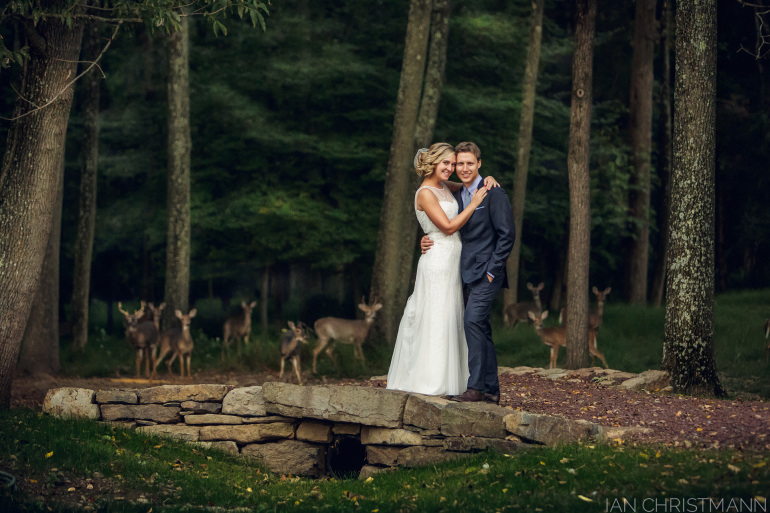 STOCKTON, New Jersey – A photographer finessed an opportunity into something downright magical when he captured  a herd of deer behind the bride and groom at a New Jersey wedding.

The curious group of deer transformed some of Erick Fix and Lauren Ruff’s wedding photos into a scene out of Snow White.

The stunning wedding photos were taken by photographer Ian Christmann, who said he seized the opportunity and had to interrupt the wedding couple’s meal to stage the shots.

“During the dinner, we were surprised by a herd of deer that appeared at the edge of the woods,” Christmann said. “The bride and groom graciously let me interrupt their meal to see if we could get a photo or two near the deer. The deer were quite jittery as we approached so I didn’t expect that we would be able to get that close.”

He told WPIX that the images aren’t altered aside from some slight color/shadow correction.

Social media has reacted positively to the surreal photos set in a magical, living backdrop. After his brother posted them on Reddit, the photos got more than three million views in just 24 hours, and soon everyone wanted to speak to the lucky couple.

“They’re still on their honeymoon, they’ve been swamped with interviews,” Christmann said