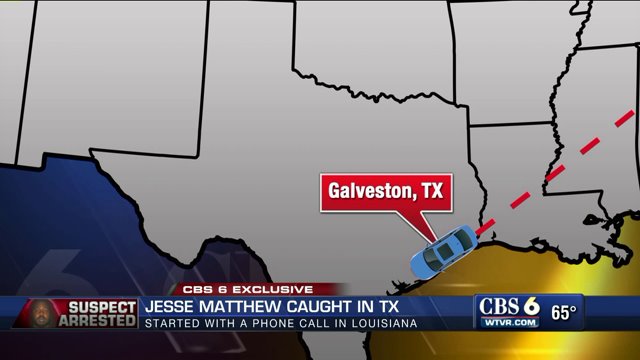 Jon Burkett reports on the cell phone call, and highway sensors that reportedly tripped up the alleged UVa. abduction suspect in Texas. 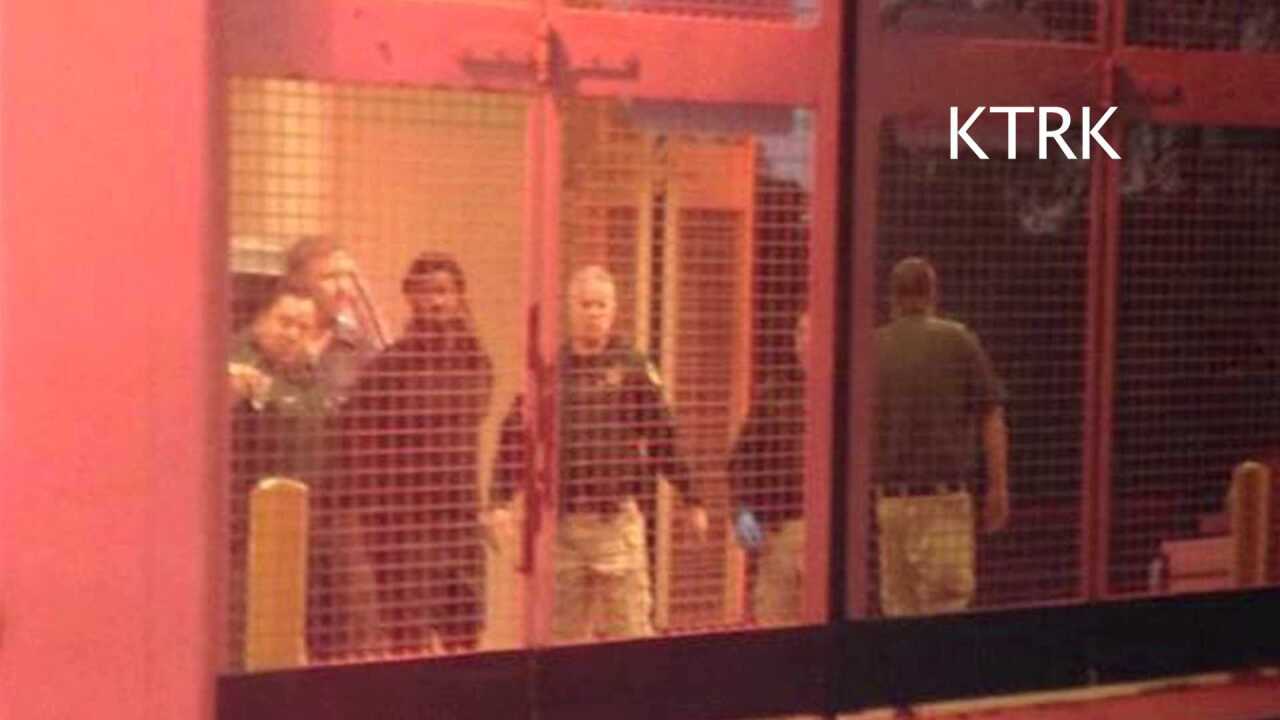 GALVESTON, Tex. -- A federal law enforcement source confirmed a phone call made from a borrowed cell phone in Louisiana, to Virginia, is how they discovered Jesse Matthew was out of the state and on the run.

Since Saturday, Charlottesville Police and law enforcement agencies across the Commonwealth and country had been searching for Matthew, who on Tuesday was named a suspect in the disappearance of University of Virginia second-year student Hannah Graham.

A federal law enforcement source told me that call Wednesday helped track him down.

"Most criminals make a mistake, said Mike Banks, a local forensics expert.  “This was his; I don't think that he presumed that everyone back home would have their phone tapped and I presume they had legal wire taps on all phones."

The source also told me they knew he was in Texas because of highway technology.

"It wouldn't surprise me a bit if police have a way to photograph a car that goes through say a toll that sets off an algorithm  or a ping that would lead them to the Galveston area," said Banks.

The Galveston County Sheriff's Department released a brief statement Wednesday night confirming the arrest, saying that Matthew was located on the beach in Gilcrest on the Bolivar Peninsula around 3:30 Wednesday afternoon.

A Houston CNN affiliate reported that authorities ran the license plate of the vehicle Matthew was traveling in, after receiving a call that a suspicious man was camping on the beach.

Online court records show that Matthew was charged in Galveston with failure to identify fugitive intent  -- give false info.

Charlottesville police aren't making any statements surrounding the circumstances leading to his arrest but say extradition is imminent.

We are told by Galveston sheriff's deputies that Charlottesville detectives will be flying south Thursday morning.

“I believe Jesse Matthew was the last person she was seen with before she vanished off the face of the Earth,” the police chief said Sunday. “We want to talk to him.”

Graham and Matthew were seen leaving the bar together, and Matthew drove away in his Chrysler coupe that was parked near the bar, and police said they have “every reason to believe” Graham was in the car, too.

Matthew came into police headquarters on Saturday, Sept. 20, and asked to speak with a lawyer.

He hired James Camblos, the attorney said. But then Matthew left without speaking to police, or his lawyer. Police who were overtly following Matthew said he took off at such high speeds they could not safely pursue. At that point police issued two misdemeanor warrants for speeding.

Shortly thereafter he was named a person of interest. Then two days later, as forensic evidence from Matthew's car and home came back to police, a felony arrest warrant was issued.

That is when Matthew was charged for abduction with intent to defile -- more than 10 days since she was last seen with him leaving a restaurant.

The city of Charlottesville, the University of Virginia and the local community have contributed $100,000 to a reward for “information leading to the cause” of Graham’s disappearance.

“Every person within the sound of my voice, help us find Hannah,” said Charlottesville Police Chief Longo, at the press conference announcing Matthew had been captured in Texas.

He also said the case is no where near over and that there is a long road ahead once Matthew is extradited. The chief said they will make an announcement when he is brought back.