CHESTERFIELD COUNTY, Va. -- There are five new frisky faces at the Metro Richmond Zoo. The zoo announced the birth of five endangered cheetah cubs. The cubs were born September 19 after their mother, three-year-old Milani, began to show signs of early labor. Milani delivered her first cub Friday morning at 4:26 a.m., the fifth cub arrived at 11:34 a.m. 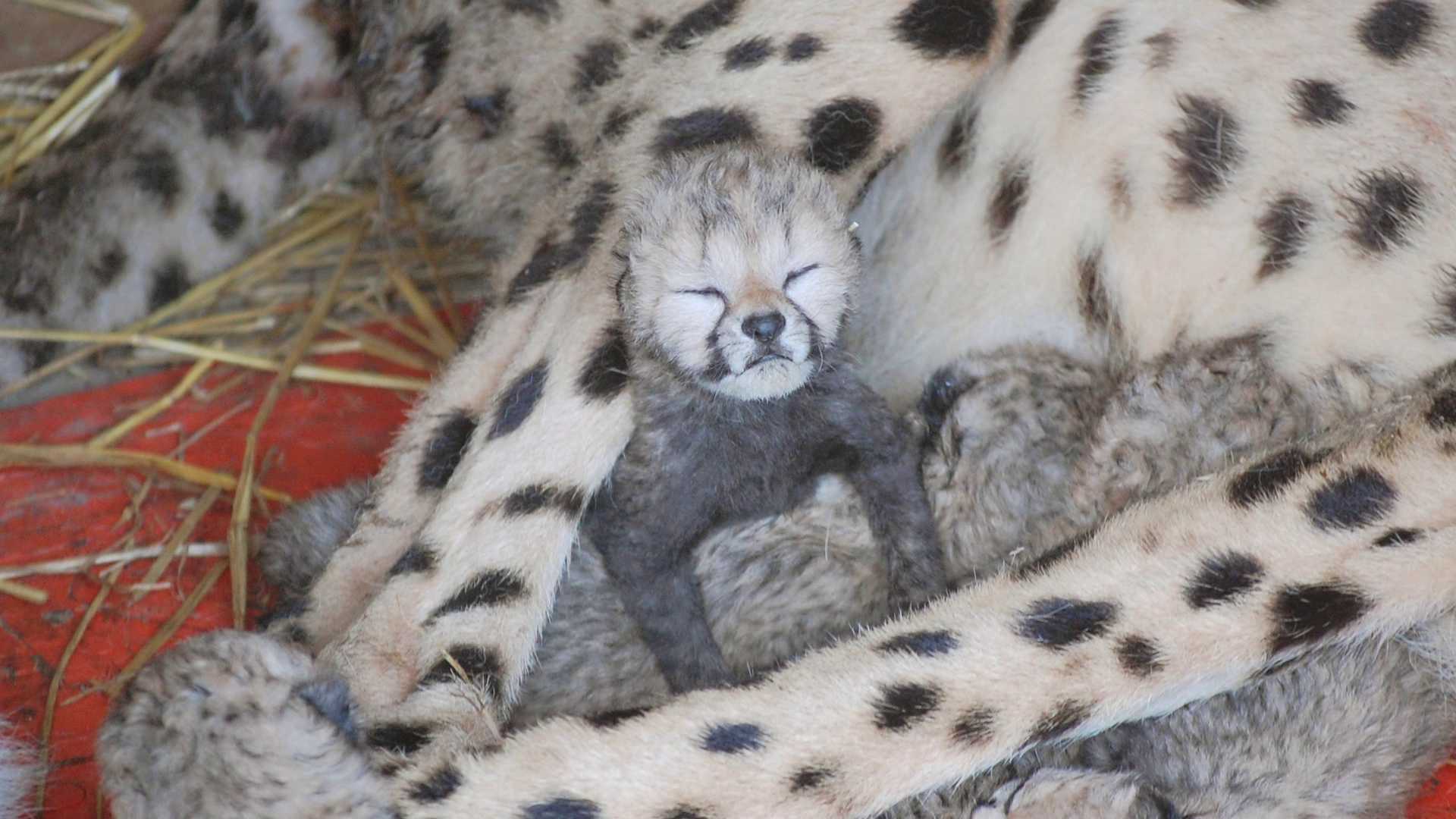 "The wild cheetah population is in drastic decline, experiencing a 30 percent drop in the last 18 years with only 7,500 now left in the wild," Metro Richmond Zoo owner Jim Andelin said in a written statement. "Breeding cheetahs in captivity is very challenging, and because of that, only a very small portion of the population is reproducing. This birth is very significant, as it is the second cheetah birth in the last 11 months for the Metro Richmond Zoo, thus adding 10 genetically valuable cubs to the captive population."

Last October the zoo welcomed its first litter of Cheetah cubs -- Chester (for Chesterfield), Richie (for Richmond), Rico (for Henrico), Hanna (for Hanover) and Amelia. Hanna died last May of what zoo officials suspected was a bacterial infection.

Zoo staff has not yet determined the sexes of each cub. That will be determined during their first check-this week. The Zoo has already announced plans to re-launch its popular 24-hour cheetah cam. We suspect a "Name the cheetah cubs" contest will make its return too.