Hannah Graham: Arrest warrant issued after ‘person of interest’ speeds away from police

CHARLOTTESVILLE, Va. -- An arrest warrant has been issued for Jesse Matthew, the man with dreadlocks spotted on surveillance video who police believe has information about missing University of Virginia student Hannah Graham, Charlottesville Police Chief Tim Longo said during a Sunday afternoon press conference. Matthew, 32,  is wanted on two counts of reckless driving after Virginia State Police saw him speed away from Charlottesville police headquarters Saturday.

State and federal investigators followed the vehicle, but had to give up the pursuit because the vehicle was traveling too fast.

"State and federal authorities who were overtly monitoring his movement saw him get into a car and leave a location to Albemarle County at a high rate of speed,  driving in a matter that was reckless and placed others in danger," Chief Longo said.

Longo said he would not speculate on why Matthew sped off, but said investigators are "aggressively pursuing his location."

Longo also pointed out that while at the police station, Matthew did not give investigators any additional information about his interaction with Graham at the Tempo bar and restaurant.

That said, the police chief reminded the community, "Don’t get tunnel vision just because we have a name."

As police awaited test results from forensic evidence recovered from Matthew's car, seized Friday morning, investigators provided new photos of the vehicle -- a 1998 burnt orange Chrysler Coupe -- parked either along 4th Street or somewhere else near the mall. 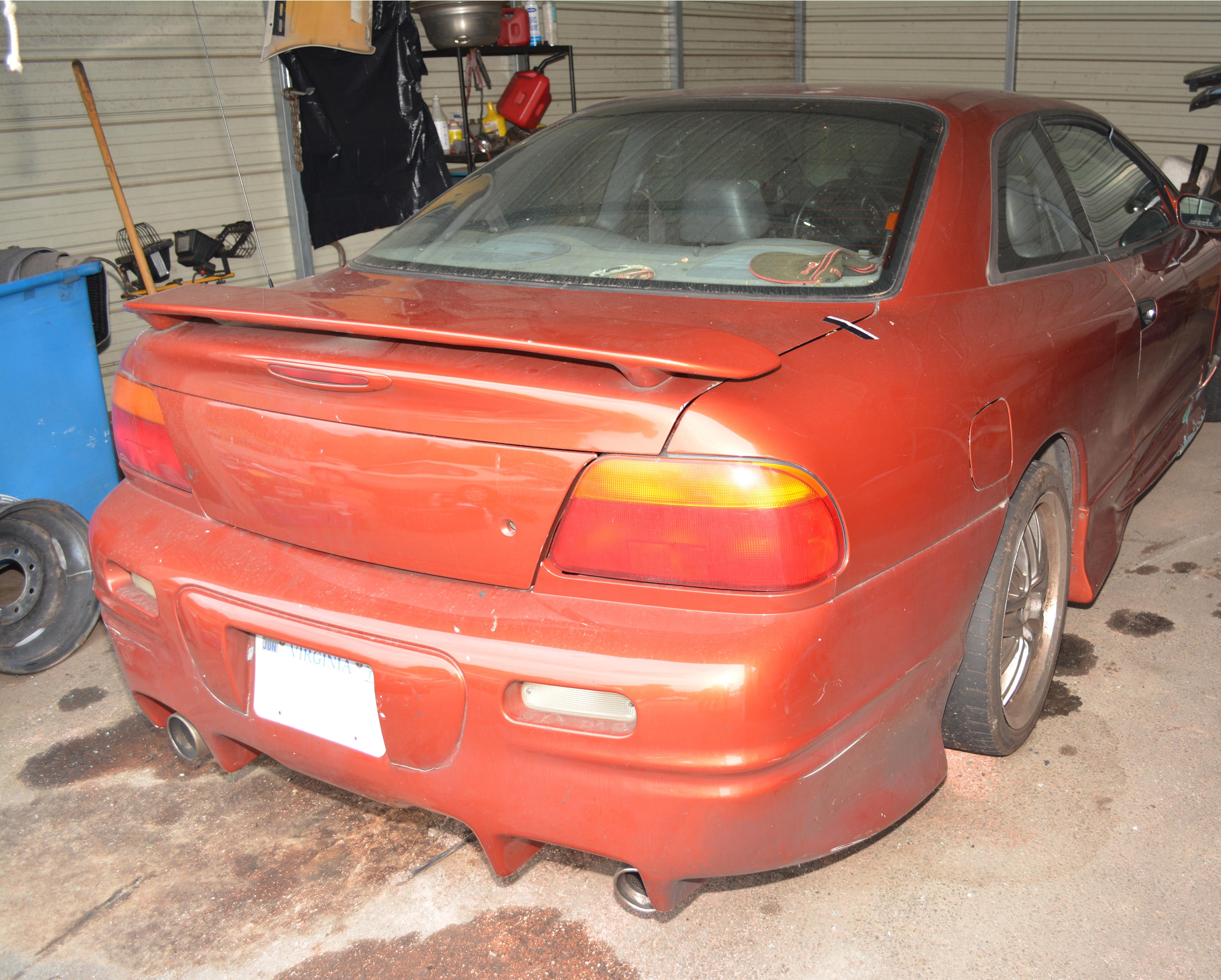 Police said Matthew is the man seen in surveillance video taken from Sal’s Restaurant. The video showed a man with dreadlocks first walking west bound on the mall. The video then showed the man cross the mall, and start walking behind Hannah, eastbound.

Detective: We do have video of #HannahGraham and Matthew together after they left Tempo restaurant @CBS6

However, police would not comment Sunday on whether Matthew and Graham were captured on surveillance video getting into Matthew’s car.

"I think he can help us find Hannah Graham," Longo reiterated. "We want to talk to him about his interaction with a sweet young girl we cannot find.”

Matthew is described as a black male with dreadlocks, six feet two inches tall and weighing about 270 pounds.

This is a picture of Jesse Matthew's car. If you think you saw it PLEASE call the tip line. 434-295-3851 @CBS6 pic.twitter.com/WQBWDNmfhu

Hannah Graham's parents made a desperate plea for information about their missing daughter when they spoke out publicly for the first time during a Sunday afternoon news conference.

John Graham spoke lovingly of his daughter, as his wife, Sue, stood by his side.

He begged anyone who had information into the whereabouts of his 18-year-old daughter, a second-year University of Virginia student, to come forward.

"This is every parent’s worst nightmare," John Graham said. "We need to find out what happened to Hannah to make sure it doesn’t happen to anyone else."

The couple thanked the hundreds of volunteers who spent the weekend searching for any clue that could help solve the mystery of what happened to Hannah.

“We have been utterly overwhelmed this week by the generosity of spirit of everybody we have met – and many more besides whom we've been unable to meet. We understand that over a thousand volunteers have been out combing Charlottesville, looking for our girl, yesterday and today.”

Graham's parents shared some favorite memories of their daughter, describing her as someone who loved helping people.

“Last Spring Break, instead of hanging around on the beach, she spent a week in Tuscaloosa rebuilding houses,” her father said.

“He was Hannah's constant guardian and companion friend until last month when she chose to return to Charlottesville without him.”

Hannah had once lost BB as a child, but the animal was safely returned to her.

"All we want to do now is bring Hannah home safely ," he said.

Over the weekend, the Virginia Department of Emergency Management said over 1,200 people came out to search for Graham in Charlottesville. The massive search began Saturday and continued through Sunday at 6 p.m.

Among the volunteers looking for Graham is the family of Alexis Murphy. Murphy was the high school student from nearby Nelson County who disappeared last year. A man was later arrested and convicted for her abduction and murder, even though her body was never found.