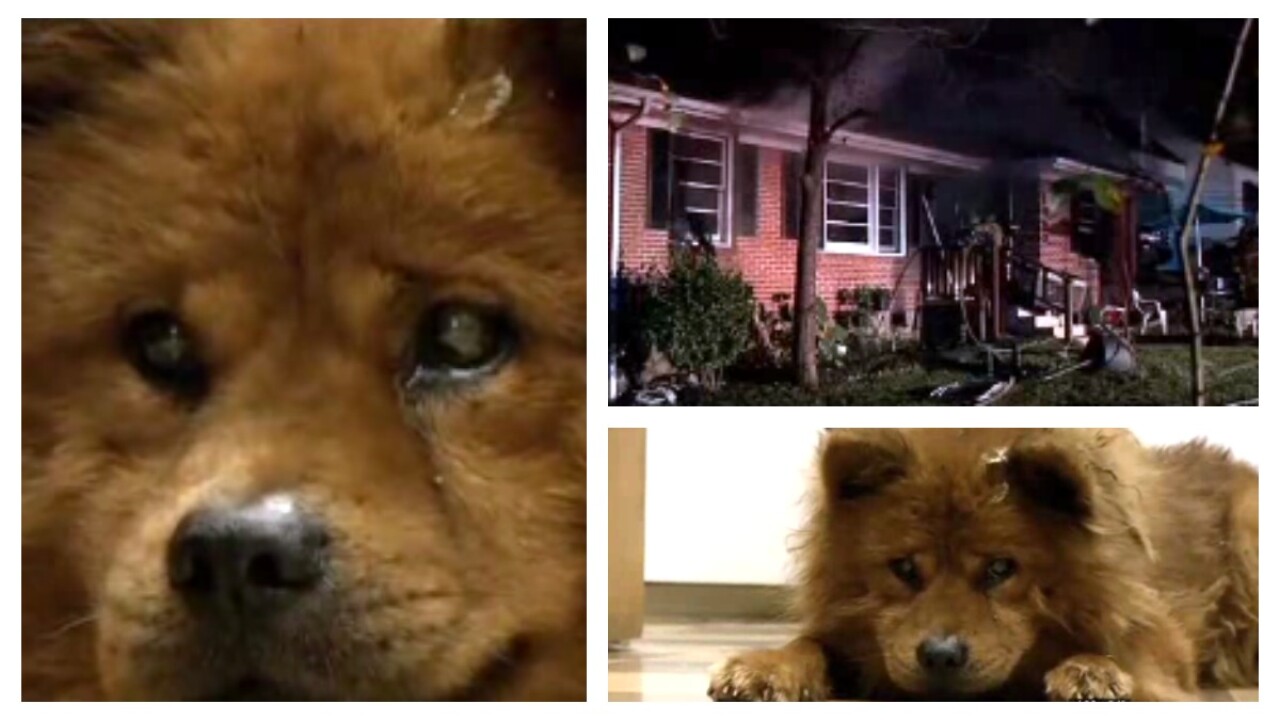 East Point, GA  —  A family made it out of their burning East Point home because of their dog. East Point firefighters responded to a house fire on Delowe Drive around 5 a.m. Tuesday.

When firefighters arrived, flames and smoke could be seen coming from the house.

A great-grandmother, her daughter, two granddaughters, and their two children made it out of the home safely because the family dog alerted them to the fire by howling.

“We’d have all been dead (without the dog barking),” Anita Williams said.

She says she’s had the animal, a chow named Chucky, for 14 years. Chucky made it out of the home as well, but suffered serious burns that could require months of treatments to overcome. If left untreated, the wounds could prove fatal, according to the vet handling the case.

The family of six was displaced by the fire. The Red Cross was called, and is providing the family with temporary shelter.

Williams said she has virtually no money in the wake of the fire, and will not be able to pay for the necessary treatments for Chuckey’s recovery.

The Southwest Veterinary Clinic said they can accept direct donations to help cover the dog’s care.

If you’re interested in helping with the case, call the Southwest Veterinary Clinic at 404-349-9576.