Child with cancer brings Miranda Lambert to tears during concert 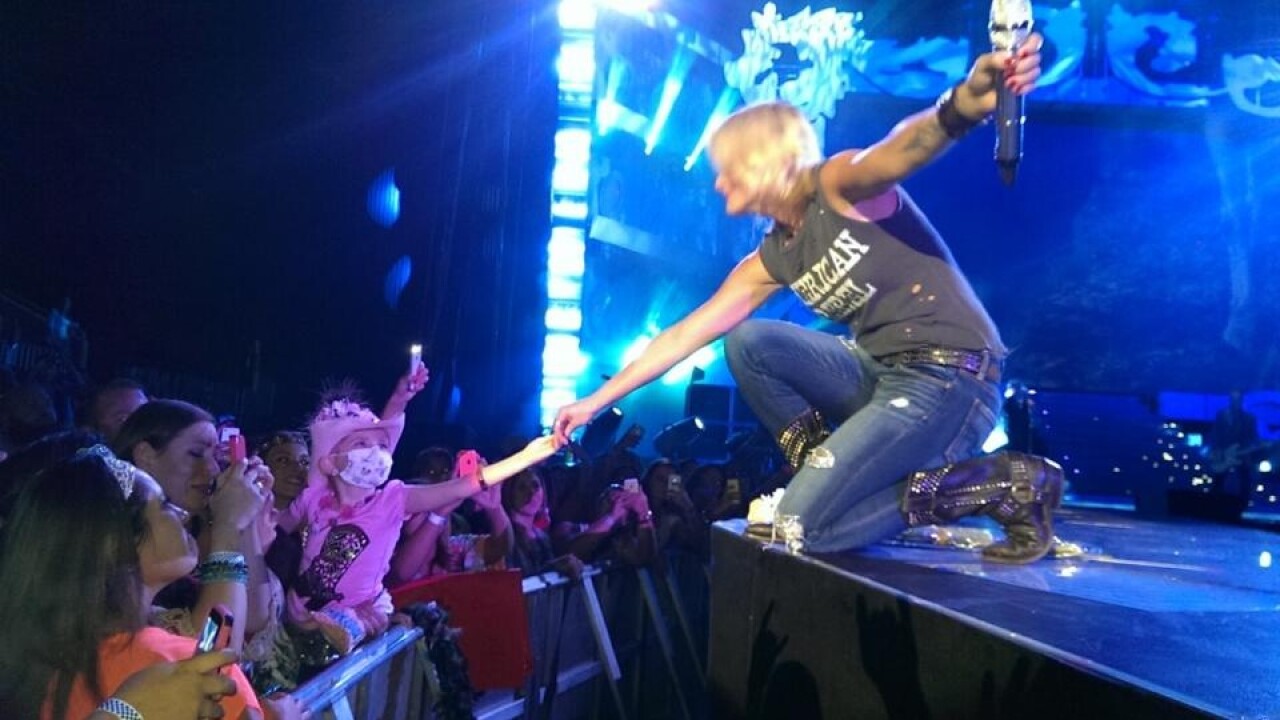 While singing “Over You,” Miranda Lambert saw Brooke reaching toward the stage. Lambert reached into the audience and held Brooke’s hand.

CORPUS CHRISTI, Texas – Country music star Miranda Lambert could not finish her song during a concert in Texas after she made eye contact with a seven-year-old girl in the audience. The girl, Brooke Hester, has neuroblastoma. She has been battling cancer for several years.

While singing “Over You,” which Lambert co-wrote with husband Blake Shelton about his brother’s death, she saw Brooke reaching toward the stage. Lambert reached into the audience and held Brooke’s hand. A YouTube video shows Brooke, in her pink cowboy hat and face mask, and Lambert staring at each other.

Lambert soon became emotional and was not able to speak, much less sing. She held up her microphone and prompted the audience to singer louder.