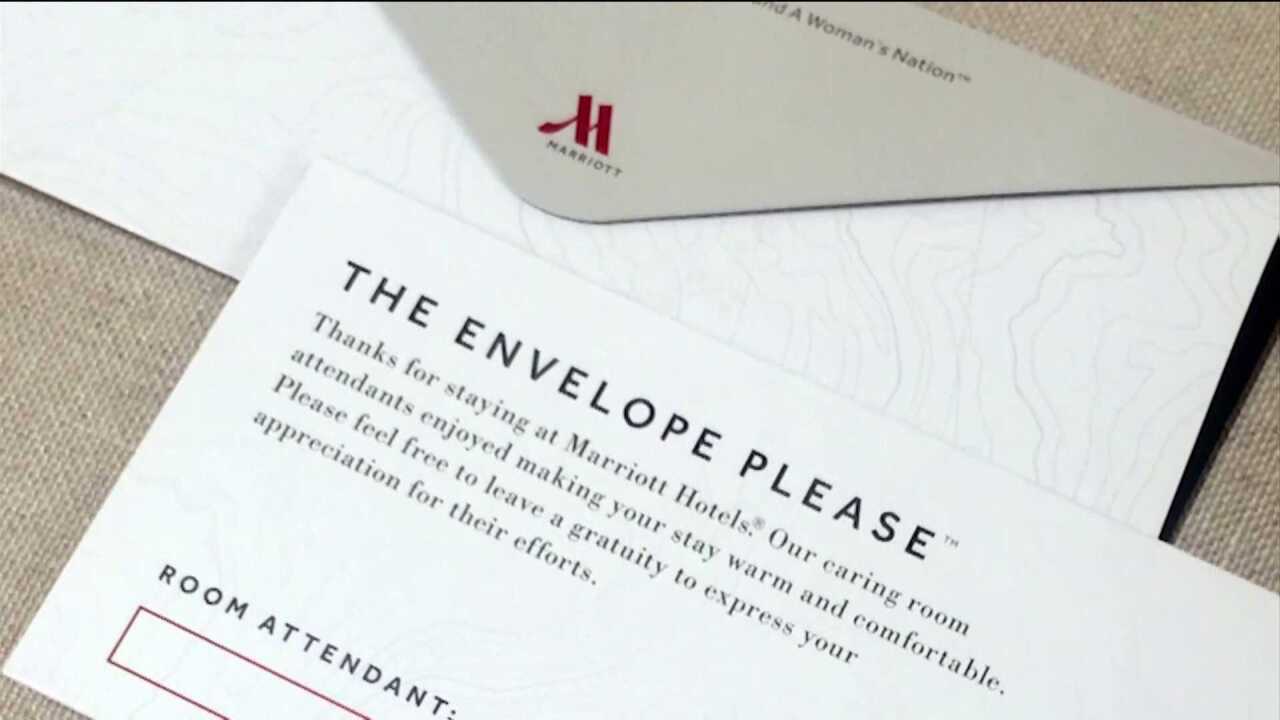 NEW YORK  — When you’re staying at a hotel, tip your housekeeper!

That’s the message from Marriott International. It is placing envelopes in more than 160,000 rooms in the United States and Canada to encourage tipping the people who clean guest rooms.

Marriott is launching the program in conjunction with A Woman’s Nation, an organization for the advancement of women in the work place spearheaded by TV newswoman Maria Shriver.

“Hotel room attendants often go unnoticed, as they silently care for the millions of travelers who are on the road at any given time,” said Marriott and A Woman’s Nation in a joint statement. “Because hotel guests do not always see or interact with room attendants, their hard work is many times overlooked when it comes to tipping.”

The American Hotel & Lodging Association, the hotel industry group, suggests leaving housekeepers a tip of $1 to $5 per day, every day, not just at the end of the stay. The tip should be placed in an envelope.